Can youth apprenticeship flourish in America?

The simple phrase “college- and career-ready,” tossed around with abandon by education reformers and policymakers, hides a complicated reality. What does it mean to emerge from high school career-ready? The idea of linking high school more closely to career entry regularly resurfaces in reform circles, from the “life adjustment” movement of the 1950’s and the School-to-Work emphasis of the 1990s to today’s debates on career and technical education (CTE). Many reformers have long been fascinated with various apprenticeship systems, most evident in central Europe. Yet youth apprenticeship has never really thrived in America. A December 2017 report from Brent Parton of New America explores why—and looks to the future. Parton concludes that pushback against a one-size-fits-all approach to college enrollment, combined with employers’ growing need for skilled workers, may mean the time is right for youth apprenticeship finally to flourish in America.

Parton bases his findings on four sources of information: a review of literature; a scan of youth apprenticeship programs nationwide, particularly major state-led initiatives; interviews with experts and practitioners; and focus groups. The latter, conducted by the Farkas Duffett Research Group in Charlotte and Denver, aimed to assess the feelings of young adults, high school students, and their parents toward apprenticeship. Participants discussed their initial reactions to the idea of apprenticeship, as well as their feelings about specific program components.

Central to the programs, and perhaps also their greatest challenge, is the need for collaboration: Parton’s four-part definition of youth apprenticeship includes responsibilities shouldered by employers, high schools, a postsecondary partner, and a coordinating intermediary individual or organization. Students should begin the paid apprenticeship in high school and continue working for several years afterward while completing a related postsecondary credential, emerging prepared not for one job, but broadly qualified for successful employment in some industry or career path, with credits that can be applied toward further postsecondary education.

Focus groups demonstrated that this transferability is vital to the appeal of such programs. Those discussions highlighted college’s place as the accepted sequel to high school, but also revealed generally positive reactions to the idea of apprenticeship, particularly among high school students and young parents, who didn’t associate apprenticeship with blue-collar work like older participants. However, people’s interest hinged on key details, mainly around the benefits to students: How would this expand their opportunities?

Parton also reflects on what is needed to turn youth apprenticeship into a robust element of American education. The key is more programs, of course, but also more interest, involvement, and investment from employers and postsecondary institutions. States are well-positioned to coordinate and incentivize this involvement, as shown by the successful state programs that Parton highlights, such as those in Colorado, Wisconsin, and North Carolina.

The report is limited by its nature: an overview produced by an organization that supports youth apprenticeship, not an academic study or neutral analysis. Youth apprenticeship programs are presented as inherently worthy—no noting of potential downsides—and student success is assumed. For example, the author details several statewide initiatives but doesn’t note their completion rates or the percentage of students actually attaining jobs or credentials. Moreover, using only focus groups (for which demographic details are not provided), rather than a more comprehensive survey, restricts the scope and reliability of the student and parent opinions presented.

Ultimately, the report finds, the “piecemeal” system of youth apprenticeships in the United States is the inevitable result of an approach that primarily puts the onus on high schools or employers to develop programs. Parton encourages policymakers instead to take the lead by outlining a vision for youth apprenticeship. The shared needs of the education system, students, and employers create many an opportunity, but without coherent policy frameworks at the state level, youth apprenticeship programs are likely to remain diffuse and dependent on local conditions. 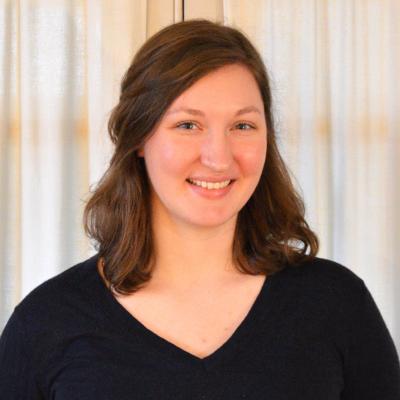