Break up urban school districts into smaller, independent ones 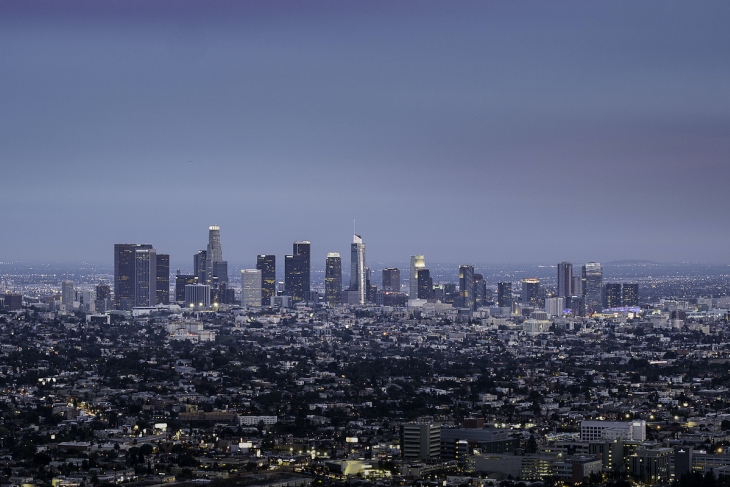 The resistance of teachers unions to return to the classroom in urban areas, despite early signals from health agencies that it was relatively safe to reopen schools and the knowledge that in-person learning is essential to the success of our children, has brought attention to what many astute observers have noticed for some time. The power of teachers unions within local government has gotten out of control, and there’s not much parents can do without more fundamental change. It’s time to consider a structural shift: restoring the balance between the general public and teachers unions by breaking up big city school districts into sizes more comparable to their smaller suburban counterparts.

The immediate context is this: Private and parochial schools have largely returned fairly quickly to in-person classroom instruction, while public schools often have been slower to do so. Large urban districts, especially, have been disproportionately closed for any in-person learning. Heading into the fall of 2020, the Center for Reinventing Public Education found that “one in four school districts plan to reopen entirely remotely, but four in five urban school districts are set to, making them twice as likely as suburban districts and six times as likely as rural districts to do so.” The Return 2 Learn Tracker developed by the American Enterprise Institute indicates that the problem has continued on even with the acceleration of vaccine distribution. As of April 19, 2021, 56 percent of rural school districts are fully in person, compared to 36 percent of urban school districts. And several studies indicate that teachers union strength was a much stronger predictor of how school boards approached reopening in the fall of 2020 than science or infection rates.

It might seem paradoxical to suggest that smaller school districts would be in a stronger position against unions than bigger districts. After all, if the unions can effortlessly tame elephant-sized school districts, you might think they’d squish smaller districts like giants stepping on fleas.

The reality, though, is that the historical pattern shows union power playing out most dramatically in big city school districts. As teacher strikes have become an increasingly common form of labor action, so, too, have those strikes been concentrated in big cities. The Bureau of Labor Statistics official work stoppages data of K–12 teachers strikes since 1993 reflect this. Of the sixty-six strikes during that period, thirty-six have occurred either through statewide action (a recently increasing leverage of labor) or in one of the 100 largest school districts, including Chicago, Denver, Detroit, Los Angeles, and Oakland. Strikes have also occurred in an additional four districts that, though not in the top 100, are the largest in their metropolitan area (Buffalo, Dayton, Providence, and Youngstown).

The vast majority of the 13,000-plus independent U.S. public school districts generally operate with minimal disruption from unions. So it’s worth understanding where and why unions do have power. There is an association between school district labor unrest and the size of a local school district—and the resulting clout of organized labor. Put simply, it is one thing to take a work action to close a school system with hundreds of thousands of students such as New York City (more than one million), Los Angeles (600,000), or Chicago (355,000), but it is quite another for unions to take action against any of the far smaller districts in those metropolitan areas. Suburban districts often compete with each other for families choosing to move into their district. Any district that was frequently hit by strikes would be unlikely to attract those with a choice. In contrast, big-city parents are outgunned in local elections by well-financed union campaign war chests and often lack effective choice in where they might enroll their children. Advantage union, in other words.

This outsized leverage in large school districts suggests a policy change aimed at rebalancing the relative power of the general public and teachers union, while still preserving collective bargaining rights and the protections that unions afford employees. The approach is this: Break up large school districts into smaller, independent ones. Doing so would also improve school quality by introducing more competition among districts that are currently subsumed into one large jurisdiction. One can think of such a change in antitrust terms; larger school jurisdictions enjoy disproportionate market power, making it possible for an interest group, organized labor, to exercise disproportionate sway over public services.

The number of school districts in the U.S. was once much greater. Federal Department of Education data indicate that the total fell to 13,588 by 2010 from 117,108 in 1939. Much of the consolidation reflects the long-term trend away from one-room rural schoolhouses and the merger of previously remote systems.

But even as consolidation increased, one part of the education landscape resisted: growing U.S. suburbs. The contemporary configuration consists of large, center-city school systems often surrounded by a patchwork of much smaller suburban districts.

This configuration comes at a cost for city-dwellers, as demonstrated by Stanford economist Caroline M. Hoxby. Her 1994 paper “Does Competition Among Public Schools Benefit Students and Taxpayers?” examined the effect of greater public school choice due to a larger number of independent school districts in a metropolitan area. Hoxby found evidence that easier choice leads to greater productivity. Areas with greater opportunities for choice among public schools have lower per-pupil spending, lower teacher salaries, and larger classes. The same areas have better average student performance, as measured by students’ educational attainment, wages, and test scores.

Big cities interested both in improving educational achievement and striking a better balance between labor and public school parents should consider dividing their school district into multiple smaller ones. This should be more than decentralized management. These new, smaller city districts should be modeled on their suburban counterparts—with their own their own elected school boards and their own tax bases. Additional funding may come from voluntary local charitable contributions.

These new, smaller districts should be carefully drawn. States also should establish criteria for approving new district establishment, including an adequate property tax base. State governments may be the main force in catalyzing breakups, given the usual reluctance of management to cede turf.

Breaking up school districts into smaller pieces would not reverse gains realized by the labor movement. Public-sector employees would still negotiate contracts with school districts. But increasing the number of districts would likely decrease the relative power of the labor movement by making school boards more sensitive to nearby competition and more responsive to parents. The eventual benefits to students could be significant.

Editor’s note: This was first published by Education Next.

Howard Husock is an adjunct scholar in domestic policy studies at the American Enterprise Institute, which published the recent paper, “The Case for Breaking Up Big Urban School Systems.” He is concurrently an executive senior fellow with the Philanthropy Roundtable.