Behind in the ninth inning, Duncan digs in again 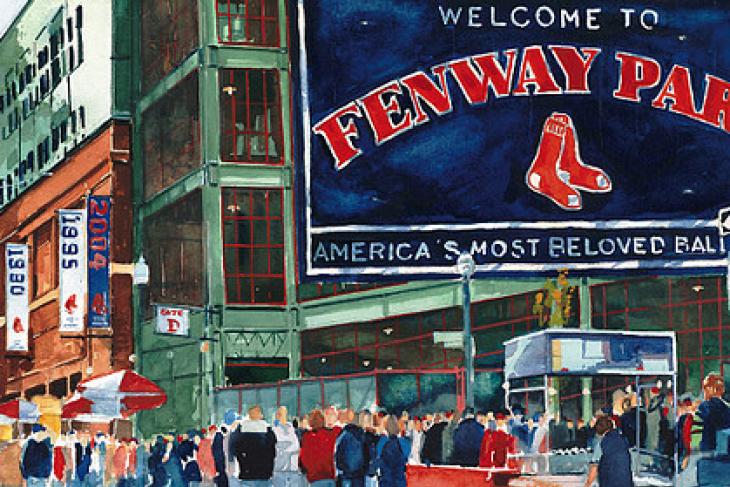 Any baseball team finding itself down 3-0 in a seven-game series points to the 2004 Boston Red Sox. Despite the longest of odds—they hadn’t won a World Series in eighty-six years! Their Bronx nemeses had them down!—they staged a miraculous comeback, winning four games straight.

Now, any on-the-brink team getting peppered by reporters’ questions can point to the Sox. “Yes, we’re down big,” they can say. “Sure, things haven’t gone as we wanted. But it can be done! Just give it time! The Red Sox did it!”

In other words, past poor performance predicts prospective performance.

But Secretary of Education Arne Duncan is undaunted. True to the administration’s messianic approach to policymaking, he sought yesterday to defy history. Presumably wearing a Johnny Damon jersey under his suit, the secretary traveled to the home of the Red Sox to rally-cap the legacy of his signature initiatives.

I tip my own cap to his PR team. The choice of Boston for this event was inspired. As Duncan explained in his speech, Massachusetts started a major reform effort in 1993, deciding to no longer play “small ball” (our metaphors converge!). In time, they adopted tough standards, rigorous tests, non-district chartering, and more.

But the Bay State fell behind at first, said the secretary. “It actually took several years to see real progress in some areas. Scores were flat or even down in some subjects and grades for a while.” Fortunately, state leaders cowboyed-up. “Many people questioned whether the state should hit the brakes on change,” remembered Duncan. “But you had the courage to stick with it.”

And the rest is history: Massachusetts’s performance climbed. Two decades later, it remains a national leader.

The subtext, obviously, was that we need the spine to stand our ground despite gloomy evidence. A comeback is coming.

As he noted, runs have been scarce lately. “A couple of weeks ago, new scores came out on the NAEP. They weren't great.” (Scores fell nationally for the first time since 1990.) Worse, he had to concede that his priority programs haven’t hit student-achievement home runs. “Let me be totally honest: We have not gotten as far as I, or as anyone, had hoped.”

SIG, his $7 billion turnaround program, could use a turnaround itself. The department delayed releasing data for a year; had to exclude almost half of SIG schools from the analysis because of data issues; failed to offer a set of comparison schools that would enable us to assess the program’s influence; and didn't provide data for the last two school years. Despite the equivalent of bat-corking, the administration’s own report showed SIG’s Mighty-Casey results. 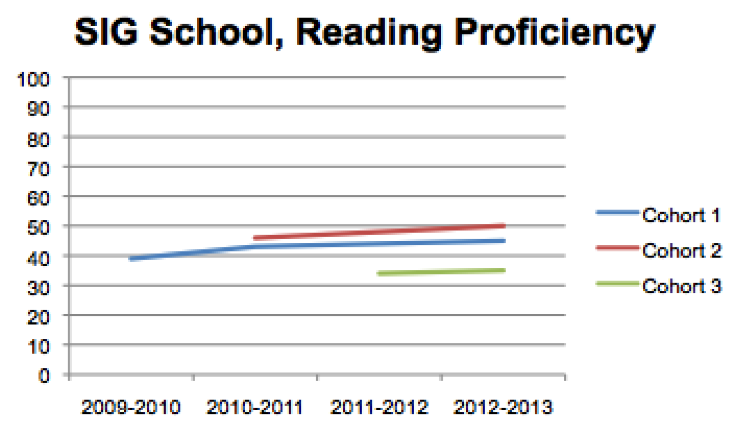 The department’s Race to the Top report doesn’t give any more reason for applause. You know there’s a problem when the best thing a government agency can say about its own six-year-old program is that “it is too early to make [the] determination of success now.” It highlights motion but not much progress. There are nods to "collaboration," "communication," and "relationships," and plenty of discussion of new state initiatives. But instead of citing meaningful, measurable gains, it suggests that perhaps the program's legacy is "the way that teachers, principals, administrators and others are working more urgently and collectively to solve their most pressing challenges." The reader is left thinking, “Well, if more urgency and cooperation were the goals, maybe a pep talk was called for instead of $4.35 billion.”

The report carefully avoids mentioning RTTT’s shortcomings. It doesn't acknowledge that the widget effect continues despite teacher evaluation reform. The body of the report doesn’t include the words "Common Core." It only mentions over-testing once, and then only obliquely. It never brings up the testing consortia.

Its most telling graphic is on higher education enrollment. One RTTT state saw gigantic gains. But six of the remaining ten saw declines.

Teams down 3–0 cite the 2004 Red Sox because they can’t allow themselves to talk about the overwhelming odds facing them. In the vast majority of cases, teams in this position have lost. Likewise, countless education reform initiatives have faltered early, and most have gone on to languish some more.

I never begrudge a snakebit team telling us that we should suspend our disbelief and trust that they are about to turn things around. There is very little cost to the viewing audience thinking that an unlikely comeback is on the way. If the team does lose, we risk only disappointment.

But it’s a different story when it comes to sputtering federal education reform efforts. Billions of taxpayer dollars—and the fate of America’s schools—are on the line. Pointing your bat to the outfield fence isn't enough.