AP versus the excellence gap 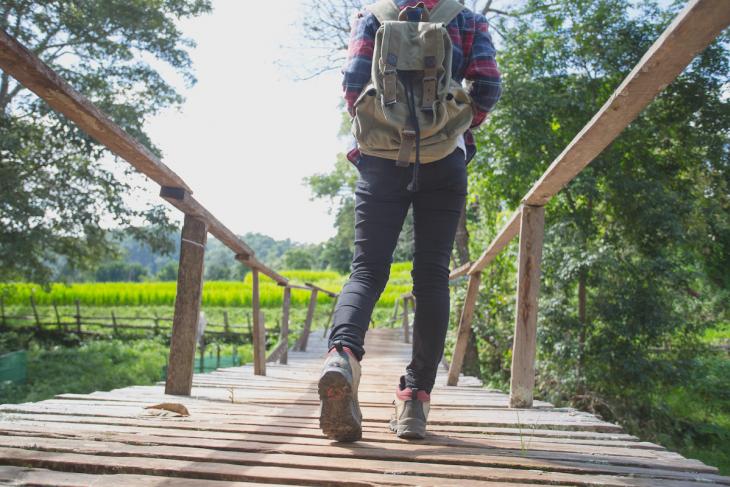 That K–12 education in the U.S. has long been plagued by “excellence gaps” is no secret, although the terminology may be just a decade old (and owes much to Jonathan Plucker and his colleagues). These gaps gauge—and those gauging them invariably deplore—the uneven, unequal rates at which students from different demographic groups make it into the ranks of high achievers on various measures of achievement. Sadly, despite exceptions that prove the rule, we’re pretty much always referring here to gaps between poor, African American, and Hispanic youngsters on one side, and non-poor, white, and Asian kids on the other. We see this pattern whether we’re looking at NAEP results, PISA results, state assessment results—or Advanced Placement participation rates and scores.

Andrew Scanlan and I dug deep into the AP part in our new book, Learning in the Fast Lane: The Past, Present, and Future of Advanced Placement (published by Princeton University Press in 2019). We reported considerable, worthy progress on several fronts, but also called attention to worrying gaps that remain.

The Jack Kent Cooke Foundation—which helped make the book possible and is focused on the excellence gap, especially the income-linked versions, and which spends much treasure to help narrow it—asked us to spin out of the book a short, separate report on precisely this topic: The Role of Advanced Placement in Bridging Excellence Gaps.

In the report, as in the book, we delve into the degree to which students from underserved populations both participate in AP courses and succeed by earning scores of 3 or higher on the exams’ five-point scale (the level usually required to receive college credit). Specifically, we looked at differences associated with geography, race/ethnicity, and socioeconomics, and discussed ways in which the program treats these gaps.

Geography is often overlooked as a source of education gaps. Yet when it comes to AP participation, where students live is strongly correlated. Those residing in states with the lowest participation rates were about three times less likely to take AP exams than their counterparts in the top states. Rural high school seniors are only two-thirds as likely to take an AP exam as their suburban and urban peers, and more than half of high-poverty rural schools do not even offer any AP classes. In the graduating class of 2019, fewer than 10 percent of students in Louisiana and Mississippi had achieved qualifying scores (3 or higher), compared with more than 30 percent in Maryland, California, Florida, Connecticut, and Massachusetts.

These problems are at least partially amenable to policy solutions. In Texas, for example, following several ambitious initiatives to boost AP participation, half of 2013’s graduates had taken at least one AP class while in high school, more than double the rate (23 percent) just a decade earlier. By 2019, more than 22 percent of Texas graduates were also earning qualifying scores. Yet AP offerings still remain skimpy (or absent) in a nontrivial portion of the Lone Star State’s many small rural schools.

Echoing much other research sponsored by the JKC Foundation, socioeconomic status plays a large role in creating and perpetuating all sorts of excellence gaps. But it’s not inexorable, either. For its first couple of decades, the AP program mostly served a small number of top students in elite private and public high schools. Beginning in the late 1970s, however, a second major AP mission emerged: helping capable disadvantaged students master college-level coursework during high school. The book recounts the saga of Jaime Escalante, dubbed “the best teacher in America,” demonstrating via his inner-city Los Angeles classroom that poor, immigrant Hispanic youngsters could succeed in AP calculus.

Using fee reductions given by the College Board as a proxy for exam-taking by low-income students, recent years have witnessed a dramatic increase in such students participating in AP.  In the public high school graduating class of 2018, 31 percent of those taking AP exams qualified for fee reductions, up from 11 percent in 2003. Still, at a time when about half of U.S. high school students are considered low-income, sizable gaps remain. Furthermore, students from low-income families do less well on AP exams than their better-resourced peers. Although nearly half of low-income graduates who take an AP exam during high school score 3 or higher, almost two-thirds of exam takers from better-resourced families earn such scores. Success also varies widely by state. In Mississippi, for example, where students receiving lunch subsidies represent 71 percent of K–12 enrollments, just 21 percent of those scoring 3 or higher on AP exams had received fee waivers.

We applaud the notable gains in AP participation by low-income and minority youth over the past twenty years and salute the College Board and innumerable philanthropies, helper groups, and policy shifts that have contributed to these gains. (Special kudos to the National Math and Science Initiative, MassInsight, and Equal Opportunity Schools, both for the superb work they’ve done in this realm and for their assistance with our research.) Yet “traditionally underserved” populations remain underrepresented and often do not perform as well on AP tests as their better-resourced peers. Geographic gaps also remain wide, especially in rural areas.

Why the disparities? Many forces are involved, from weak prior academic preparation among talented students to inadequate institutional support during high school. The College Board can—and does—counteract some of this, but has little leverage over what happens before and outside high school. Hence responsibility for closing the remaining gaps cannot rest on the College Board alone. Given the AP program’s prominence—and power—in helping prepare students for college, gain admission to four-year institutions, and succeed upon arrival there, expanding access to its offerings remains an important national endeavor. Participating in AP courses offers acceleration and enrichment for strong high school students, instills serious study skills, and exposes them to the kinds of analysis, research, and deeper understanding that are standard practice in good college classrooms. It also provides students with an avenue to earn college credit in advance, waive introductory courses, and often accelerate their progress toward degrees (thereby also saving money). States, school districts, philanthropies, and education reform groups should continue to find ways to ensure that students from all backgrounds have access not only to AP coursework, but also to the requisite supports and preparation necessary to succeed on the exams. Not doing so would wall off an important path to upward mobility, sustain inequalities, and constrain opportunities.