America’s schools and the formation of human beings 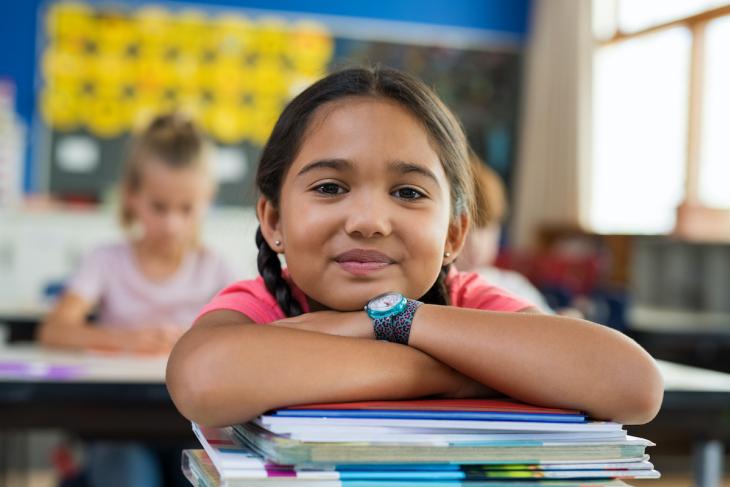 In addition to Bill Damon’s profound essay on “purpose,” Mike’s and my new book, How to Educate an American: The Conservative Vision for Tomorrow’s Schools, contains multiple contributions with powerful messages for social and emotional learning (SEL)—properly conceived—and for its many advocates, partisans, and practitioners.

Yet the SEL terminology is scarcely ever used in our pages. Rather, these right-thinking devotees of whole-child education—properly conceived—employ words and phrases with greater familiarity and resonance for most Americans. They write about qualities like character, citizenship, discipline, neededness, and “the formation of students as human beings.”

Yes, the phrasing is older and more familiar. It doesn’t come across as a new fad or change of course. It may even strike some readers as slightly old-fashioned. But it evokes elements of education that I believe most people in this country tend to assume schools already take seriously. The authors’ point, however, is that that isn’t happening, not with the emphasis and universality that children need and that society requires. The K–12 system has fallen down on the job and needs to refocus. That doesn’t mean tackling an unfamiliar challenge or adding a spanking new mandate. It’s really a version of “back to basics,” reminding us that these are things that schools should have been doing all along and, for the most part, used to do as a matter of course, not because some fancy expert or blue-ribbon commission told them to.

Thus Pete Wehner’s essay on “the education of character” recalls Jefferson’s message, in his 1818 “Report of the Commissioners for the University of Virginia,” that a major purpose of education is “generally to form [in youth] habits of reflection, and correct action, rendering them examples of virtue to others and of happiness within themselves.”

Thus Heather Mac Donald’s essay on “race, discipline, and education” evokes “self-help and personal responsibility,” noting that “Schools are usually the last chance to civilize children if their family has failed to do so.”

Thus Rod Paige writes, in “focusing on student effort,” that “we must reform school reform by rethinking school culture—beginning with asking ourselves what kind of culture our schools currently embody, what this says about what we value most, and what kinds of behaviors and habits it reinforces.”

Thus Arthur Brooks and Nathan Thompson explain (in “from help to need”) that, “It is the indignity of feeling disposable that plagues so many Americans today. And a world in which so many people do not feel needed is one in which the rapid onset of hopelessness, opioid addiction, and the collapse of community feel not merely possible, but probable. In response to such a world, what America needs today is…a new education movement grounded in a philosophy of neededness.” (Okay, I concede, they do talk about it as something “new.”)

Thus Naomi Schaefer Riley writes admiringly (in “school choice and the toughest-case kids”) of special schools for youngsters from extremely harsh circumstances, schools where “rooms are equipped with special ‘scoop rocker’ chairs for children who need to rock in order to self-soothe” and “kindergartners receive teddy bears at the beginning of the year that they can care for and dress.”

Thus Yuval Levin writes (in “back to basics for conservative education reform”) that “Any idea of education that is not connected to an idea of formation—of habituation in virtue, indoctrination in tradition, veneration of the high and noble—is unavoidably impoverished.”

And, in our concluding chapter, Mike and I draw three big conclusions from the eighteen essays that precede ours: “Let us refocus on preparing young people for informed citizenship…. Let us restore character, virtue, and morality to the head of the education table…. [and] Let us build an education system that confers dignity, respect, and opportunity upon every youngster.” We know full well that kids derive “character lessons” every day that they’re in school, based on the role modeling that they observe in adults, the behavioral norms that surround them, and the values and priorities that the school embodies. The question is whether the lessons they’re internalizing are positive or negative.

There’s more, much more in the book. My point is that conservatives also value whole-child education and want schools that aren’t doing it right to mend their ways and up their games. Conservatives don’t very often refer to this as SEL. But they’d gladly team up with SEL boosters who accept their understanding of what it must contain.