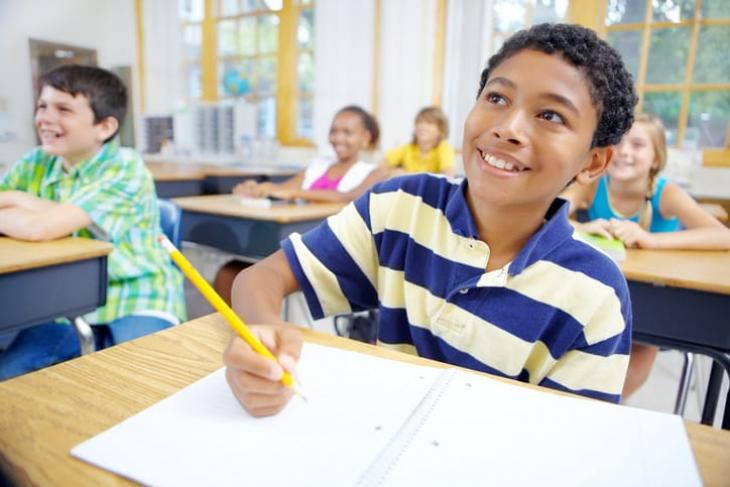 In December 2003, Pulitzer Prize winning journalist Daniel Golden interviewed me about the identification and admissions policies of our district’s gifted program. I served as the gifted coordinator of a district with fifteen thousand students in pre-K through twelfth grade. I was instrumental in the movement to create the district’s first gifted magnet school for students in first through fifth grade, that opened in the year 2000. Our team had done extensive research on developing an identification process that would closely reflect the demographics of the entire district. The conversation with Mr. Golden was focused on admissions of students from low socioeconomic backgrounds and the impact of No Child Left Behind. The conversation began with the mechanics of our district’s identification system and federal mandates and ended with forever changing the course of one family.

In trying to respond to Mr. Golden’s question, I immediately thought of a first-grade African American student who I had worked with once a week in a gifted pull-out program and who was bused to a school on the affluent side of town. This little guy scored at the ninety-ninth percentile on the Naglieri Nonverbal Ability Test and was a very eager and creative problem-solver. I remember having to have some uncomfortable conversations with his first-grade teacher. There were some disciplinary issues and he had to “be good” in order to see Mrs. Rhodes on Wednesdays. I tried to explain that you would not take away special education services from a student and perhaps other alternatives should be explored.

As I talked about this student Mr. Golden asked more questions, “What services was he receiving in second grade?” Nothing really. Our district no longer provides weekly pull-out programs. With limited resources and the emphasis on No Child Left Behind, the solution was that bright students who wanted specialized services could attend the gifted magnet school. Mr. Golden became increasingly more interested in this child and wanted to meet him. I felt obligated to arrange for Mr. Golden to interview this child. I began to feel increasingly guilty that I may have let this child fall through the cracks.

When I looked up this child’s home address, it was literally four blocks directly west of my office within the gifted magnet school. I had never met the parents. I called and asked if I could stop by and introduce them to Mr. Golden. They opened up their home to us and we were able to learn much more about their son.

As a result of this home visit, the parents agreed to enroll their son in second grade at the gifted magnet school in January. As a second-grade student there, his curriculum was accelerated to the third-grade level. One of the second-grade projects was to write about a hero. He wrote that his dad was a hero because he was able to purchase their home for his family to be together.

This “little guy” went on to enjoy middle school and was the first person in their family to graduate from high school. He joined the Marines, earned a Bachelor’s Degree and works with computers. The parents have told me that having their son at the gifted magnet school changed their lives too. When they interacted with the other parents at school events at the gifted magnet school, they wanted their son to be proud of them. His mother had dropped out of Chicago Public Schools at the age of sixteen. She told me that she thought that she might have been kind of smart. She went on to earn her GED, a certificate for becoming a licensed cosmetologist and now works as a tax preparer. Her husband looked within his place of employment for opportunities and is now a member of the management team. The father told me that once their child was at the gifted magnet school, the discipline phone calls came to a stop and he and his wife had more time to focus on their own careers. A few years ago I received a text from the parents to let me know that they had purchased a different home in a more affluent neighborhood.

So, why didn’t these parents accept the invitation for their child to start first grade at the gifted magnet school? I still don’t know for sure. I haven’t felt comfortable enough to ask the question. The parents were in their early to mid-twenties when they would have received the invitation. They had two other children living in the home. The two boys were attending a “nice” school in a “nice” neighborhood. The little girl was still at home. I was informed that the older brother was having serious discipline issues at the time the invitation would have arrived.

I think that those of us who care so deeply about providing gifted education programs sometimes forget that there is a huge world of issues for families to deal with outside of how to get into the gifted programs that we work so hard to create. I learned that simply sending an invitation isn’t enough. The importance of providing opportunities for all children to be properly identified is crucial, but our jobs are not finished at that point. We must continue to advocate for providing the necessary social and emotional supports to students and families in order for true success to be attained.

The views expressed herein represent the opinion of the author and not necessarily the Thomas B. Fordham Institute.

Editor’s note: A version of this blog will appear in an upcoming issue of Teaching for High Potential.

Susan Rhodes is past president of the Illinois Association for Gifted Children and serves on the Illinois State Board of Education Gifted Advisory Council. She is an adjunct faculty member for Benedictine University, National Louis University, and Lincoln Land Community College.