How will Ohio spend billions in federal relief funds for K–12 education? 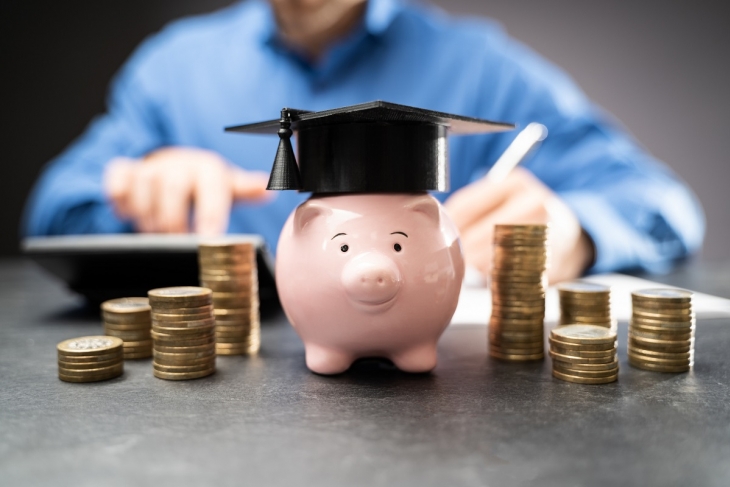 The federal government continues its spending spree aimed at ameliorating the effects of the pandemic. At the end of December, Congress passed and President Trump signed a $900 billion package that made headlines for sending eligible Americans direct payments of $600. Perhaps less known is that the legislation also includes $54.3 billion for K–12 education, a sum that more than quadruples the $13.2 billion earmarked for primary and secondary education in last March’s CARES Act.

In general, the new relief package works similarly to the CARES Act funding. States will receive money based on the allocation rules in the federal education law known as ESSA. Ohio is expected to receive just shy of $2.0 billion in relief aid, or approximately $1,100 per pupil. Ninety percent of this funding—known as the Elementary and Secondary School Emergency Relief Fund (ESSER II)–will be allocated to Ohio districts and public charter schools via Title I formulas, which generally steer more dollars to high-poverty systems. For instance, according to estimates from Whiteboard Advisors, Cleveland Metropolitan School District will receive about $3,000 per pupil in ESSER II aid versus $238 per pupil for the wealthier suburban district of Rocky River. Districts and charters will have broad spending flexibilities and until September 2023 to use the federal funds.

Just like the earlier CARES Act package, ESSER II also allows state education agencies to set aside 10 percent of the overall allocation for discretionary purposes. Thus, the Ohio Department of Education (ODE) will soon receive a sizeable chunk of money—about $200 million—to use as it sees fit. It’s not yet clear how the department will spend these funds, but it has plenty of options (though the uses are subject to state controlling board approval). They could pursue centralized initiatives like the remote-learning support system launched with CARES Act dollars, provide “direct student supports” (e.g., paying for AP courses and exams or high-quality tutoring), subsidize Internet access, create need- or competitive-based grant programs, or simply send the money to districts and charters via formula.

Also akin to the CARES Act, the new relief package includes a much smaller Governor’s Emergency Education Relief Fund (GEER II). Nationally, the legislation provides $4.1 billion in GEER II funds, of which $2.75 billion has been set aside for nonpublic schools, as they don’t receive support through ESSER II.[1] In Ohio, nonpublic schools will receive $155 million in federal relief aid through the governor’s fund. An additional $46 million will be sent to the Ohio governor’s office to use at its discretion on early childhood, K–12, or higher education.

What all does this mean for Ohio education? Three thoughts:

1. Ohio schools will need to figure out how to spend more money, rather than prepare for budget cuts. To be sure, the $2 billion in federal relief aid represents just a fraction of the $25 billion per year spent on K –12 education in Ohio. But the amount is nothing to scoff at. For many districts, it’ll mean millions more in their coffers. Moreover, with recent state tax revenues higher than expected despite the pandemic, the extra boost in federal aid may not be needed to offset state budget cuts. Despite what some had feared, it’s altogether possible that Ohio schools will soon be deciding how to spend an influx of new money rather than working to slim down their budgets.

2. How these relief funds are spent will matter immensely. As noted above, Ohio schools will have flexibility in how they spend the ESSER II funds. But will they squander these valuable resources on unnecessary or ineffectual initiatives? Or will they use them to provide extra support to students who have been knocked off-track? Over on Twitter, Vlad Kogan, a political science professor at The Ohio State University wrote:

If your district spends its new federal funds on anything other than (1) extending learning time or (2) intensive tutoring for the most at-risk kids, they are committing educational malpractice. Vote the board out as soon as you can.

Amen to that. Research and common sense suggest that in-person expanded learning time and high-dosage tutoring would probably give students the best chance of catching up. Programs such as intensive tutoring or summer school also make sense given the temporary nature of these funds and the hopefully short-term need for remediation. Districts, however, should be wary of more permanent expenditures such as across-the-board pay raises or hiring additional full-time staff, which could be difficult to sustain when the emergency dollars dry up.

It’s worth noting that ODE and the governor’s office will also be facing decisions about how to spend roughly a quarter billion in federal relief aid. Much like Ohio’s districts and charters, they’ll need to consider how best to leverage these dollars to meet the needs of students (a topic we’ll tackle in future blogs).

3. To guide spending decisions, Ohio needs up-to-date information about where students stand. At this point, no one really knows the extent of the pandemic’s effects on students. State assessments were cancelled last spring, so no system-wide data on the academic toll exist. There is also a dearth of information about how many Ohio students have gone missing from school. To target these emergency funds toward students most at-risk of falling through the cracks, state and local leaders need information ASAP. State authorities, for instance, could use attendance data to help schools identify and re-engage students who have fallen off the radar, something that Arkansas and New Mexico are doing. Local educational leaders could rely on spring 2021 state assessment data to encourage off-track students to take advantage of the extra supports afforded by the relief aid.

With a seemingly unlimited willingness to enlarge the national debt, the federal government has bolstered school finances through the CARES Act and the ESSER/GEER II funding. It’s possible that the incoming Biden administration and a Democrat-controlled Congress will keep the gravy train going. But the largesse doesn’t mean that schools can spend haphazardly, without giving much thought to the needs of students or the consequences of today’s decisions on tomorrow’s budgets. Rather, Ohio’s educational leaders will need to put these dollars to good use. With many students struggling to keep pace, every penny will count.

[1] Unlike ESSER I, school districts are not required to provide nonpublic schools with “equitable services” under ESSER II. For more, see here.