What does the federal stimulus package mean for Ohio schools? 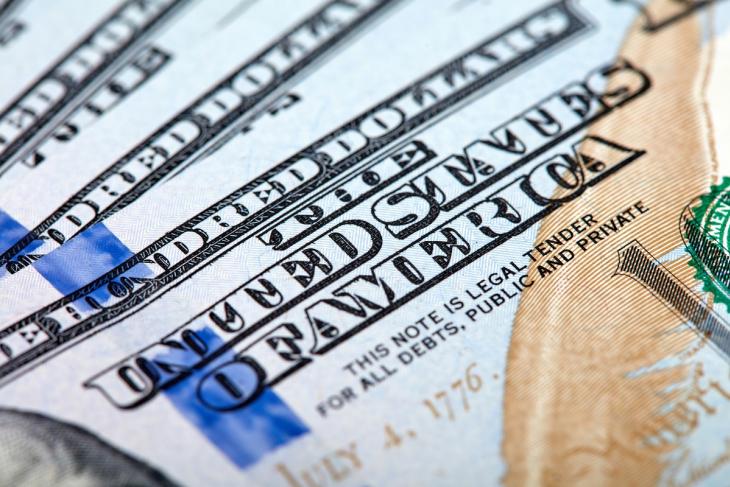 On March 27, President Trump signed into law the Coronavirus Aid, Relief, and Economic Security Act, or CARES Act. The bill provides $2 trillion in relief and stimulus funds for individual citizens, businesses, and organizations that have been affected by the COVID-19 pandemic.

The CARES Act addresses two issues in K–12 education. First, it gives the U.S. secretary of education the power to grant waivers to states regarding policies such as testing and accountability. Second, it provides billions of dollars to help support schools. This blog examines each in turn.

In the education sector, waivers that excuse states from following certain federal regulations are nothing new. Like their predecessors, the waivers offered by the CARES Act are significant though temporary. They’re also designed to be fast-tracked. The bill requires the secretary to create an “expedited” application process that approves or rejects requests within thirty days of states submitting them.

The most widely-discussed provision allows states to apply for a waiver for the 2019–20 school year that excuses them from federal requirements related to annual assessments, accountability, and report cards. The impacts of this flexibility are wide-ranging. Schools won’t be required to administer annual assessments, though states may still choose to administer them for informational purposes. Requirements for reporting progress on achievement goals, high school graduation rates, and the academic performance and growth of certain subgroups of students would be waived as well. School intervention efforts are also on pause. Schools that have previously been identified as comprehensive support or targeted support schools will remain in improvement status for the 2020–21 school year, but no new schools will be identified.

This flexibility around testing, accountability, and intervention shouldn’t come as a surprise. As early as March 12, Secretary DeVos announced that the department would consider targeted one-year waivers of assessment requirements. After an avalanche of school closures, the administration announced it planned to officially cancel the requirement for state testing this year. The CARES Act merely codifies this intention into law. Ohio has already passed legislation waiving state exams for the year, and, like all states, it already received a waiver for all federally mandated testing for spring 2020. There is still a possibility that districts could choose to administer tests whenever students return to school. But these tests won’t be high-stakes and would be used for informational purposes only. As for federally required interventions, there are 285 Ohio schools currently identified as priority (or using federal language, comprehensive support) and 537 identified as focus (targeted support). These schools will continue to receive support next year in accordance with the intervention plans they already have in place, but no new action will occur.

Approximately $30 billion of the $2 trillion stimulus package has been reserved for schools through the education stabilization fund. The bulk of the $30 billion is divided into three parts: an overall education relief fund reserved for governors, a pool of money for elementary and secondary education, and a separate pool for higher education.

To access these dollars, states and local education agencies (LEAs) must provide assurances that they will maintain education funding for fiscal years 2021 and 2022 at approximately the same average as the three years prior. They must also “to the greatest extent practicable” continue to pay employees and contractors during closures.

Here’s a closer look at the two pots of money available for the K–12 sector in Ohio.

This fund makes up almost 10 percent of the total stabilization fund and amounts to approximately $3 billion dollars. States must apply to the department to obtain a portion of the funds, and money is awarded based on two measures: 60 percent is based on a state’s relative population of citizens aged five to twenty-four, and the remaining 40 percent is based on the relative number of children ages five to seventeen who are living in poverty. The Congressional Research Service has estimated that Ohio should expect to receive around $105 million.

As its name suggests, these funds are spent at the discretion of state governors. The bill outlines three ways that governors can spend this money. They include:

It would be shocking if Ohio didn’t apply for these funds, though there’s no way of knowing how Governor DeWine will choose to spend them when they arrive. Given how often the governor discussed the importance of early childhood education while on the campaign trail, as well as the outsized importance of childcare centers during this pandemic, it wouldn’t be unreasonable to speculate that he’ll look to fund early childhood programs and centers. DeWine has also been a stalwart champion of high-poverty districts and schools. Students in these buildings will likely be the most negatively impacted by long-term closures and the abrupt shift to remote learning, so it’s reasonable to assume they’ll receive much higher funding amounts than their more affluent peers.

This pool of money makes up nearly 44 percent of the total education stabilization fund and equals over $13 billion dollars. Like the governor’s fund, states must apply to receive money. But unlike the governor’s fund, these dollars will be allocated to states in the same proportion as Title I funding from the most recent fiscal year. Based on the available stimulus and Ohio’s most recent Title I funding allocations, it’s estimated that Ohio will receive around $489 million.

At least 90 percent of Ohio’s awarded funds must be provided to school districts and charter schools. The act lists twelve allowable uses for them, but here are a few of the most significant:

Again, it’s hard to predict which of these options Ohio leaders will choose to focus on. It will be tempting to merely spread the money around so districts can cover general operating costs. But focusing on the immediate needs of kids, not organizations, should be paramount. The governor recently extended school closures to May 1. Plenty of districts have already transitioned or are planning to transition to online learning during this time period. Despite a plethora of distance learning opportunities, thousands of students won’t be able to participate because they lack internet access or internet-enabled devices. Even if our new normal of distance learning miraculously comes to an end in the fall, and the need for such access and devices disappears, we cannot ignore the present needs of students who are being denied the same educational opportunities as their wealthier peers. State leaders would be wise to use the influx of federal funds to address these gaps. They should also consider whether summer school, either in classrooms or online, could mitigate the learning losses expected from long-term closures.

With at least another month of school closures ahead of us, it will be important for school leaders, educators, students, and their families to continue adjusting and adapting to our state’s new normal. The flexibilities and funding provided by the CARES Act should aid in these transitions.