How industry-recognized credentials are prioritized in Governor DeWine’s budget 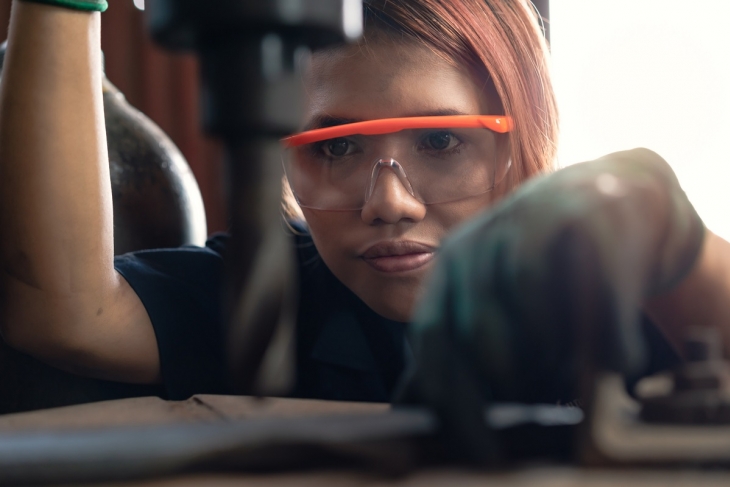 Improving the technical skills of Ohioans to meet changing workforce demands has been a priority for Governor DeWine since taking office in 2019. During his first budget, he introduced several policies aligned with this goal, including a statewide initiative aimed at helping businesses upskill current and potential employees, as well as funding to help high schoolers earn industry-recognized credentials (IRCs).

The governor’s second budget proposal is now before the House. It follows in the footsteps of its predecessor by prioritizing credentials in both familiar and new ways. Here’s a look at three of the proposals.

During the last budget cycle, the General Assembly enshrined a new set of graduation requirements into law. As part of these requirements, students in the class of 2023 and beyond who do not achieve a competency score on algebra I and English II end-of-course exams can demonstrate their readiness in other ways.

One way is by earning an IRC and meeting other workforce-related criteria. The state maintains a list of credentials that high school students can earn, and assigns them point values ranging from one to twelve. For example, the health care field includes dozens of options. Some of them—such as CPR First Aid—are valuable but don’t necessarily give students a leg up in the workforce, so they’re worth only one point. Others—such as the Phlebotomy Technician Certification—are more rigorous and tied more directly to a career pathway, so they’re worth the maximum twelve points.

The budget also sets aside money to support the attainment of IRCs. It does this in a couple ways. First, schools whose students earn an IRC or a journeyman certificate recognized by the U.S. Department of Labor can apply for reimbursements that cover the costs of these programs. Schools have up to six months after the student graduates to seek payment, and the budget allocates $8 million each year for this purpose. The budget also incentivizes high schools to offer additional credential opportunities through the Innovative Workforce Incentive Program. This program was originally created in the previous budget, but wasn’t officially established thanks to the Covid-19 pandemic and resulting budget cuts. Now, the state is giving it another go. Under the proposed budget, the Ohio Department of Education and the Governor’s Office of Workforce Transformation would be permitted to use up to $12.5 million each year to establish and operate the program. Schools would be paid $1,250 for each qualifying credential that students earn in the school year preceding the fiscal year. The state is responsible for establishing a list of credentials that qualify, and funds will be prorated if demand exceeds the appropriated amount.

TechCred was created and funded in the previous state budget. It was designed to help Ohioans earn technology-focused credentials and help businesses upskill both current and potential employees. Over the last two years, the program has proved immensely popular. More than 900 different Ohio employers were awarded funding during the initial five application periods, resulting in 11,941 credentials earned. It’s not much of a surprise, then, that the governor opted to keep it. The executive budget allocates $25 million in both fiscal years 2022 and 2023. These funds would be enough to support a whopping 45,000 credentials.

Governor DeWine’s focus on credentials isn’t surprising, given his interest in improving the technical skills of Ohio’s current and future workforce. But it’s praiseworthy to see his office continuing its commitment to career-technical education and workforce development. It’s in Ohio’s best interest to help high schoolers earn meaningful credentials, encourage businesses to upskill their workers, and empower job seekers with more and better training. Fortunately, the proposed budget does all three.