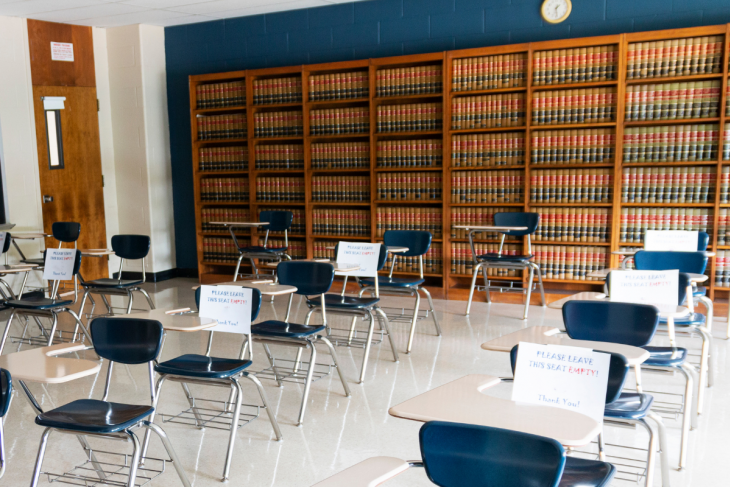 It’s no secret that the pandemic has been extraordinarily difficult on education. Reopening decisions, complex in-person safety protocols, virtual school, and the specter of learning loss have made the past year tough. The pandemic’s most significant long-term impacts, though, likely won’t be felt by the students participating in a variety of virtual, hybrid, and in-person school. Instead, they will be felt by the millions of U.S. students who didn’t participate at all.

The troubling number of students who have gone “missing”—those who aren’t showing up for school every day, whether in-person or online—has been well-documented. This summer, the American Institutes for Research published the results of a survey sent to 2,500 traditional districts and 250 charter management organizations across the county. Most schools reported that they were monitoring student participation, but the gaps between high-poverty and low-poverty districts were troubling. For example, while 61 percent of low-poverty districts reported monitoring student logins to online programs that were being used by the district, only 45 percent of high-poverty districts did the same.

Absenteeism also appears to be disproportionately high among the most disadvantaged groups of students. An analysis completed by Bellwether estimates that approximately three million educationally marginalized students—those who are in foster care or experiencing homelessness, students with disabilities, English language learners, and migrant students—may not have experienced any type of formal education since March of 2020. State-specific data show similar results. Connecticut, for instance, has found “substantially lower levels of attendance among vulnerable student populations including Black and Hispanic/Latinx students, English language learners, students with high needs and disabilities, and those living in poverty and experiencing homelessness.”

Which brings us to Ohio. In mid-December, Patrick O’Donnell published a stunning piece about absenteeism rates in Cleveland. It seems that in Ohio’s second largest school district, thousands of students have been missing from school since the pandemic started. Yes, thousands.

The explanation behind the Cleveland absences varies. Approximately 1,500 students who are old enough to be in pre-K or kindergarten were never enrolled by their parents. Similar numbers are showing up in other Ohio districts, as parents opt to hold their children back a year rather than start school in the middle of a pandemic. A few hundred additional students transferred to schools outside the district, like charters or private schools. But the vast majority of missing students—a whopping 6,000 or so kids, or nearly 16 percent of the total student population during the 2018–19 school year—are still enrolled in the district but aren’t showing up for virtual class.

To be clear, this isn’t a Cleveland-specific issue. Plenty of other Ohio districts are also struggling. It should also go without saying that the stakes are high. Research is clear that chronic absenteeism has an academic cost and an economic one. A recent study from the University of California also indicates that increased absenteeism harms students’ social and emotional development. All things considered, it seems apparent that state and local leaders need to do something.

Fortunately, Ohio has a unique opportunity to tackle the issue head on thanks to Student Wellness and Success funding. This is a statewide initiative aimed at improving student wellness and success by addressing non-academic needs. The initiative was first introduced by Governor DeWine in his 2019 budget, which allocated $675 million to public schools, awarded on a per-pupil basis over two years.

It’s still early in the 2021 budget cycle, but the governor’s newly proposed budget includes a whopping $1.1 billion over the next biennium to continue the initiative. Assuming the program doesn’t change much, one of the allowable areas under law—family engagement and support services—could cover a massive effort by districts and schools to locate missing students and get them re-enrolled and re-engaged in school.

Obviously, such efforts should be driven by local needs and local leaders. But schools need support from the state to make it happen, and that includes funding—which they’ll have plenty of if the General Assembly approves this second round of dollars. Districts could use their funds to hire additional staff to track down missing students and connect their families with the resources they need to get kids back in school and back on track. Schools could also hire a team of counselors and mentors to check in on students and make sure they stay on track, as mentoring programs are an allowable use of funds under current law. Between the influx of federal funds coming Ohio’s way and the fact that student wellness funding can be used to provide services prior to and after regularly scheduled school days, schools could also implement programs specifically designed to serve students who missed a ton of time and need help catching up.

The possibilities are endless. But one thing’s for sure: State and local leaders need to track down and support the students who have gone missing during this pandemic, and they need to do it fast. Student Wellness and Success funding could be a key part of those efforts.