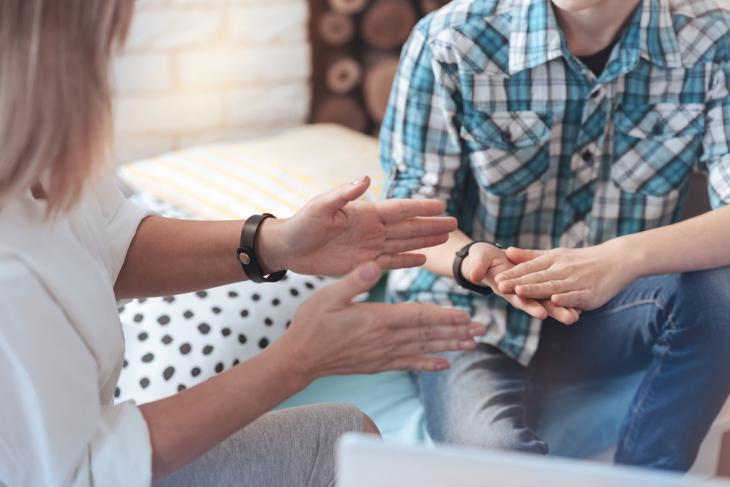 It’s budget season in Ohio, and that means frenzied debate about a wide swath of policy proposals. In education, the debates have mostly centered on accountability: academic distress commissions, school report cards, and graduation requirements in particular. What hasn’t been discussed—at least not at length and certainly not with as much intensity—is one of the largest new funding streams that Governor DeWine’s team has proposed: student wellness and success funding (SWSF).

SWSF is intended to do exactly what its name implies—improve student wellness by addressing non-academic needs. The governor has proposed a $550 million pot of funds that would be available for all public schools and awarded on a per-pupil basis, based on the percentage of low-income children residing in a district. Districts with higher percentages would receive more funding. Districts and schools would be required to submit a report to the Ohio Department of Education that outlines how they used their funding. Spending is limited to the following ten areas:

Unlike some of the governor’s other proposals, the House changed very little about SWSF in its version of the budget. In fact, the only major change was to increase funding by $25 million for FY 2020 and a whopping $100 million for FY 2021. This substantial funding increase, as well as widespread praise for the policy, indicates that SWSF could become one of those rare education policy proposals that passes without inciting bitter debate. (Of course schools usually don’t object to more money!)

This lack of fanfare isn’t totally surprising. Funding for non-academic supports—also called wraparound services or integrated student supports, depending on whom you ask—is becoming increasingly popular. For many folks, it’s a moral issue. Millions of kids across the country, particularly those from low-income communities, have serious non-academic needs that aren’t being met. It feels wrong to just do nothing, and schools seem like a logical place to house supportive services. And lest one think that supportive services are outside the realm of a school’s mission, there’s an academic motivation, too: Successfully addressing outside-of-school factors that affect learning could lift academic achievement.

But research on whether that strategy actually works is mixed. Last year, Matt Barnum at Chalkbeat tackled the big question of whether wraparound services boost achievement. He wrote that the findings vary depending on the program that’s under the microscope, but overall results from nineteen rigorous studies show “a mix of positive and inconclusive findings.” Results for non-academic outcomes, such as attendance and behavior, are inconsistent. And it’s “frustratingly” unclear what makes a program actually work.

A more recent Education Next article from Michael McShane comes to similar conclusions. While some studies show that students develop improved attitudes about school and better relationships with peers and adults, there is little to no evidence of improved achievement, attendance, or behavior. Evidence on what high-quality implementation looks like is incomplete. In total, “large-scale evaluations of wraparound programs to date have shown only small benefits to student achievement, at best.”

To be clear, asking what works in education is way more complicated than it seems. Rigorous research is important and should be taken seriously, but it would be unwise to ignore the outsized importance of local context and implementation efforts. That’s why Ohio’s SWSF proposal, which puts much of the spending power in the hands of local rather than state officials, could become a national model.

It is absolutely critical for schools and districts to have full control over how they spend this funding. Students in urban districts have different needs than those who attend rural or suburban schools, and varying age groups need different types of support. Local leaders and educators know their students and their needs far better than anyone in state government does. But teachers and administrators already struggle with overfull plates. Even if they opt to use service providers and existing organizations rather than providing services in-house, identifying the right organizations and coordinating with multiple providers could be difficult at best and a disastrous waste of money at worst.

There are a few ways the state can help. First, the Senate should add a provision to the budget bill that would allow districts to hire site coordinators to oversee SWSF efforts. Hiring a coordinator shouldn’t be mandatory. Some schools may already have the right personnel in place, or they may have existing relationships with service providers that would make a coordinator unnecessary. But schools that are starting from scratch should be explicitly permitted to use their funds to hire a full-time staff person to ensure that implementation efforts are successful.

Second, lawmakers should call for the department to do more than just collect reports from schools on how funds were spent. The state should be evaluating whether these funds succeeded in improving student wellness and achievement. Determining which programs and initiatives improved student outcomes and in what context they were successful is critical, something that a previously acclaimed initiative, the Straight A Fund, failed to do. Evaluating schools’ wellness programs will enable educators to identify which make the biggest difference and hold the most potential for replication elsewhere—and those that seem to have no effects.

Third, lawmakers should direct the department to create a list of quality service providers and programs based on the information they gather from districts. This list should include a brief overview of which services an organization offers, how those services are offered, and where and when they can be offered. It should also include any available data on student outcomes. This list should not be used as an accountability mechanism for providers. And schools shouldn’t be limited to working with only those providers on the list. Instead, it should function as a resource that makes it easier for schools to track down high quality partners who will help them implement SWSF plans with fidelity.

All in all, Ohio’s got a pretty big opportunity before it. The evidence that integrated support services can impact academic outcomes is mixed. But it makes sense for schools to support student health and wellness for their own sake, and Governor DeWine and his team should be praised for proposing a bold plan with an eye toward maximum student benefit. With just a few tweaks, this ambitious plan could prove transformative for students—and make Ohio a leader for the rest of the nation.