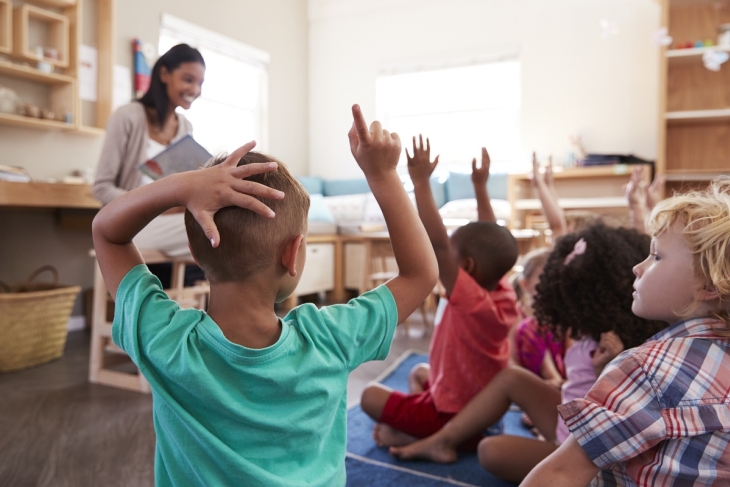 If you’ve been paying attention to education headlines this fall, you’ve likely noticed a spate of think pieces and analyses of NAEP results. NAEP, commonly referred to as the “Nation’s Report Card,” is a series of math and reading assessments administered biennially to a representative sample of fourth and eighth graders from every state. As expected in the wake of school closures and remote learning struggles, Ohio's results revealed significant learning losses. In eighth grade, proficiency rates fell from 38 to 29 percent in math and from 38 to 33 percent in reading. Fourth grade losses were less severe, but proficiency still dropped 1 percentage point in both subjects.

In a previous piece, I discussed how worrisome the eighth grade results are, as these students will soon enter college or the workforce. But teenagers aren’t the only age group we should be concerned about. NAEP declines in fourth grade weren’t as large as those in eighth grade, but fourth graders did lose ground. We don’t yet know what to expect from younger students—including those who started kindergarten in the midst of the pandemic—as neither NAEP nor state tests collect data on students below third grade. And while elementary students may be a long way off from college and career, an uneven start to their academic careers could compound and worsen over time if schools don’t act quickly and efficiently.

Going forward, it will be particularly important to prioritize early literacy. A 2012 report from the Annie E. Casey Foundation indicates that third graders who weren’t proficient in reading were four times as likely to drop out of high school. Longitudinal analyses conducted in Ohio and elsewhere have found similar results. The troubles don’t end once struggling readers reach adulthood, either. For the estimated 16 million Americans who are functionally illiterate, everyday activities like getting a driver’s license, reading news stories online, or voting are far more difficult than they should be.

There is some good news. Recent state test results show a rebound in reading achievement among last year’s third graders, which could indicate that schools are already prioritizing early literacy. Indeed, we have proof that some of Ohio’s largest districts are doing so. A recent piece published by the Akron Beacon Journal offers an in-depth look at how Akron Public Schools is boosting knowledge of the science of reading by requiring teachers who work with the district’s youngest students to undergo an intensive, year-long training known as Language Essentials for Teachers of Reading and Spelling, or LETRS. Columbus City Schools, the state’s largest district, also plans to spend federal Covid relief funding on LETRS training for its teachers. This is great news, as LETRS has been a crucial part of the reading miracle that’s happening in Mississippi.

But good news has limits. In Akron, the early literacy training effort has been met with pushback from some teachers. Dozens of districts—including Akron and Columbus—earned abysmal early literacy scores on recent state report cards, even though they got full credit for the promotional rate dimension of the component thanks to a Covid-related pause on third grade retention. And data show that in most cases, Ohio’s Black and Hispanic students, as well as those from low-income families, fared worse academically than their national peers. Traditionally underserved groups and the tens of thousands of elementary students who attend chronically underperforming districts will face a tough road ahead. And even districts that are on the right track still have a long way to go.

There are policy solutions that could help. Here at Fordham, we recently published a brief that outlines ten ways the state could strengthen its early literacy initiatives. The Ohio Department of Education’s budget priorities aim to boost early literacy in some smart ways, too. But the Akron Beacon Journal’s coverage of literacy training efforts is an important reminder of just how difficult it is to implement big reforms, regardless of how much research exists, how good the changes would be for kids, or how pressing the need currently is. Changing policy is one thing. Changing practice is entirely different.

Ohio has a long history of going all-in on big education policy changes and then backing off when it comes time to implement them. It would be easy, given this history, to throw up our hands and say that early literacy efforts are doomed in the long run. But we can’t afford to do that. Right now, the pandemic defines the educational journey of hundreds of thousands of Ohio youngsters. That’s understandable—of course a once-in-a-generation health crisis and its many impacts are affecting kids—but that doesn’t mean it’s acceptable.

We owe it to Ohio kids and their families to ensure that they can read proficiently. That means when the current early literacy push turns a little less kumbaya, state leaders need to stand strong. Identify evidence-based strategies—especially ones that have worked in other states, like LETRS—and incentivize districts to adopt them. Provide schools with the funds to implement sweeping early literacy interventions and initiatives, and then hold them accountable for the results. Resist political pressure to gut the Third Grade Reading Guarantee’s retention requirement. For the next few years, schools need to do whatever it takes to make sure kids can read. But they can’t—and won’t—unless state lawmakers buck historical trends and stand firm.