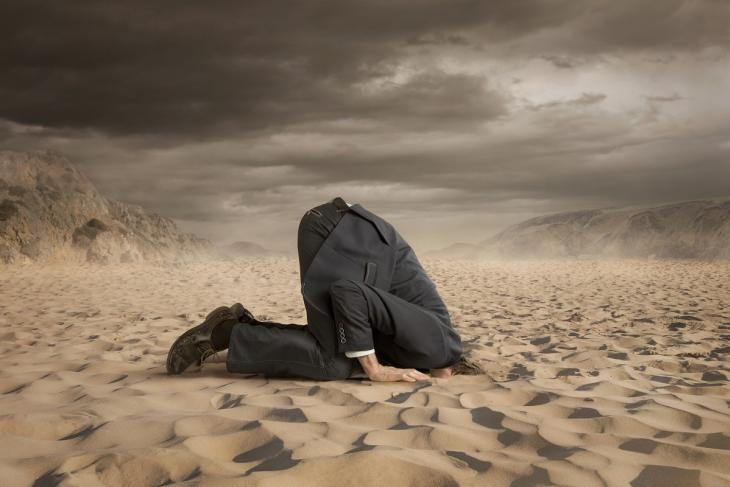 When it comes to high standards and accountability, Ohio talks a pretty good talk. Many of the most popular education reforms of the day have already been proposed or passed in the Buckeye State, and a few have even been hailed as best in the country. As these policies have been implemented, however, and as sometimes unwelcome consequences begin to kick in, Buckeye policymakers have had a difficult time walking the walk. In fact, they’ve shown a lamentable habit of backing down in the face of pressure to weaken accountability.

Take the ongoing uproar over graduation requirements. Back in November, district superintendents started to warn of a graduation “apocalypse” in which a third of the class of 2018 might fall short of the state’s new and more rigorous graduation requirements. Despite many unanswered questions, the State Board has recommended that students be permitted to graduate regardless of whether they pass end-of-course exams or meet career and technical requirements. Instead, they’ll only need to two of eight conditions, a list that includes such rudimentary achievements as 93 percent attendance or 120 hours of work/community service during their senior year. As my colleagues have pointed out, the board’s proposal is “awash in questionable options that are open to gaming and don’t assure that young people are ready for success in college or career.”

Even more than that, it’s the perfect example of failing to walk the walk. Graduation requirements were raised because too few products of Ohio high schools were prepared for success despite having a diploma in hand. The Ohio Graduation Tests were replaced because they tested middle school knowledge levels and were a breeze to pass. Policymakers made changes because they recognized that a low bar creates a false impression of success—and many young people are then destined to stumble as soon as they encounter the higher bars of college and the real world. But now, in the wake of political pressure and the reality of what it means not just to favor accountability but to implement it, lawmakers are being asked to walk back their expectations. None of our reasons for raising the bar has changed. All that’s changed is the reality that implementation will have unwelcome near-term consequences as we pursue necessary long-term gains.

Unfortunately, this isn’t the first time the Buckeye State has backed off accountability. Back in 2012, the General Assembly adopted the third-grade reading guarantee. The underlying concept is straightforward and laudable: kids (with some exceptions) may not enter fourth grade until they demonstrate minimum competency in reading. Ample data show that reading proficiently by the end of third grade is a “make-or-break benchmark in a child’s educational development.” But as the first year of Ohio’s new guarantee got under way, many folks started to worry that significant percentages of kids would be held back. What to do? State policymakers opted to let students be promoted to fourth grade based on alternative tests approved by the Ohio Department of Education (ODE). In some places during the first year of implementation, the number of students who failed the state test but passed an alternative were staggering: Cincinnati Public Schools reduced the number of possible retentions from nearly 900 to 100 just by offering alternative assessments. If significant percentages of Ohio third graders pass the guarantee only because of these alternative tests, one must ask why it’s so much easier to pass them than to earn a proficient score on the state exam. Is the policy now a “reading guarantee” riddled with holes?

In 2014, lawmakers created a “safe harbor” policy to shield students, schools, and teachers from accountability as Ohio transitioned to new standards and assessments. That protection period was extended two more years via the 2015 budget, and bills currently in the House would extend it farther. Though it’s understandable that teachers and students need time to adjust to higher standards and new assessments, what’s a reasonable grace period? Ohio’s safe harbor has turned into the pretense of holding schools accountable for results without actually doing so.

Up in northeast Ohio, the much acclaimed Cleveland Plan was created to substantially improve academic performance in the Cleveland Metropolitan School District (CMSD) through a variety of aggressive reforms—including a teacher merit pay system that would reward the district’s strongest instructors. The plan garnered the support from a wide spectrum of hopeful fans, including the city’s mayor, school district officials, the teachers union, the General Assembly, and Governor Kasich. Fast forward approximately four years, however, and reform advocates have abandoned merit pay in the face of fierce opposition from a teachers union that reversed its position.

While other states have modeled how to set high expectations and stick with them even when the going gets tough, Ohio continues to soften accountability lest it make people unhappy. What the General Assembly is being asked to do on graduation standards isn’t likely to be a temporary fix—given recent history, it is more likely to become enduring policy. Ohio doesn’t need lawmakers who are spooked by hard choices; it needs leaders who stand up with courage and focus on the state’s long-term well-being.

Here’s hoping that the Governor and legislative leaders recognize the opportunity that’s before them. Choosing to do hard, sometimes painful work now instead of kicking the accountability can down the road for others to try to take care of at some indeterminate future point is plenty hard. But it’s also the right thing to do.