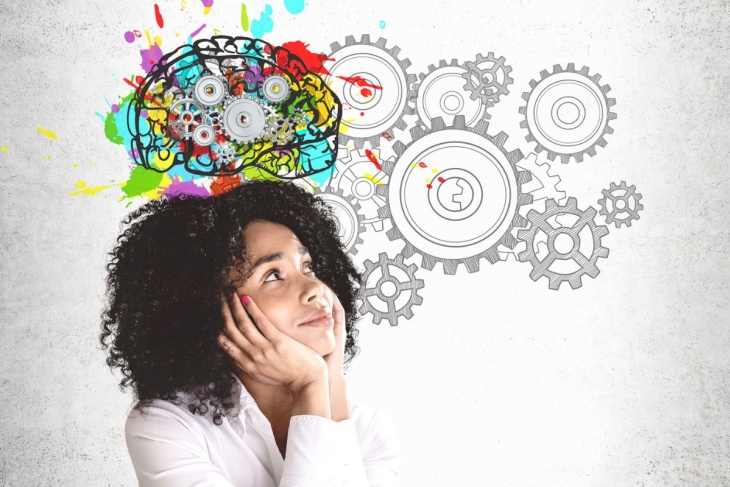 Recently released NAEP results confirm a harsh reality already indicated by state tests and report cards: Ohio students suffered massive learning losses during the pandemic. Although the NAEP results in fourth grade should set off plenty of warning bells, the damage in eighth grade is particularly troubling: Between 2019 and 2022, Ohio’s eighth grade proficiency rate fell from 38 to 29 percent in math and from 38 to 33 percent in reading.

The eighth graders who sat for these assessments have now moved on to ninth grade. And while the first year of high school is typically viewed as a fresh start, the academic impacts of Covid are likely to follow this cohort of students. (That’s certainly been the case for recent graduates, who were dubbed “Generation Covid” by a Newsweek article.) In fact, although many signs point to a long road ahead for all students, the task is particularly tall for high schoolers, who are poised to enter college or the workforce in just a few short years.

Political leaders and educators are scrambling for solutions. Fortunately, the same students they’re trying to help could also be the source of some promising ideas. Over the last two years, Question the Quo (QTQ), a campaign that aims to empower high school students to consider a variety of post-secondary education options, partnered with VICE Media to conduct five nationally representative surveys of high school students. The results cover a range of topics, including teens’ views on higher education and its cost, as well as the effects of Covid on their education. But there are three takeaways in particular worth noting.

First, although high schoolers are ready and willing to explore in-demand job pathways, they seem to lack opportunities to do so. Sixty-three percent of teens report wishing that their high schools provided more information about the variety of post-secondary options available to them. And although 74 percent said it’s important to have a career in mind before they graduate from high school, only 39 percent reported taking classes or participating in programs that allowed them to explore careers.

Second, students’ lack of knowledge appears to extend to career-and-technical education (CTE). According to the QTQ surveys, more than half of students don’t understand what career-and-technical education is or how it could help them. That’s a big problem, as most of the career paths students are interested in have CTE on-ramps. In fact, QTQ found that although many of the jobs teens are interested in have CTE pathways associated with them, only 20 percent of high schoolers believed that CTE could lead to the career they want. As a result, most students “are not aware that the careers they want have on-ramps other than a four-year degree.”

And third, despite their apparent lack of knowledge about CTE, many students seem to view it positively. Half of those surveyed said that they knew someone who had enrolled in CTE. Of those, 41 percent said that knowing that person had a positive impact on their opinion of CTE, and 44 percent were more open to following a CTE pathway as a result. Furthermore, approximately one-third of teens reported that they would consider attending a CTE post-secondary school if it were viewed as just as valuable to employers as a four-year degree, if there was a stronger guarantee of a job after graduation, or if there was a guarantee that they would develop stronger career skills.

So what does all this mean for Ohio? At the most basic level, it’s a reminder for policymakers that it’s important to listen to all their constituents. Most teens can’t vote, but they are capable of assessing problems and proposing solutions. The QTQ surveys reveal that they want more information about post-secondary options and more opportunities to explore career pathways, and that those who are even partially aware of CTE view it as a promising tool to help them achieve their life-after-graduation goals. Lawmakers should listen. They could do so in two ways:

In recent years, Ohio has prioritized strengthening education-to-workforce pathways. But there’s still more work to be done, and spreading awareness about opportunities that exist should be at the top of the to-do list. As the QTQ survey results indicate, there are thousands of students who don’t realize that CTE programs could help them get their foot in the door in a wide range of career fields. Ohio should remedy this by establishing a statewide informational campaign that focuses on reaching out to students and families and ensuring that they know about all the options available to them.

2. Ensure all students have plenty of opportunities to explore in-demand jobs.

In the words of QTQ, it’s vitally important to “actively disseminate information and resources while connecting students to the help they need to understand and pursue their desired path.” The statewide informational campaign proposed above could help actively disseminate information. But supporting students during their exploration and connecting them with opportunities is just as vital. Ohio could accomplish this in several ways:

As state leaders craft a plan for how to address the troubling learning losses revealed by NAEP and state assessments, CTE should be part of the discussion. Career exploration can help students pinpoint what they want to do after high school graduation, and rigorous CTE pathways can help them get there. Obviously, these opportunities don’t absolve schools of their responsibility to do whatever it takes to catch students up to pre-pandemic achievement levels. But they can help schools ensure that the next cohort of “Generation Covid” is set up for success.