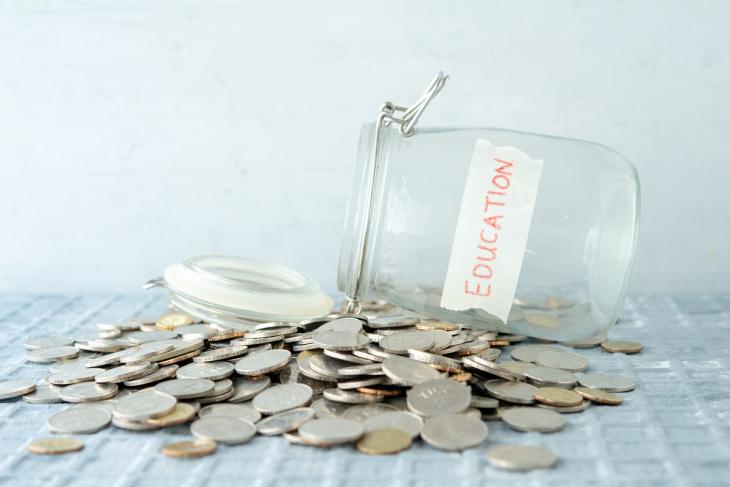 Note: This is the fourth in a series of posts on school funding in Ohio. For the previous blogs, see here, here, and here.

One of the central tenets of the much-discussed Cupp-Patterson school funding plan is that “dollars flow directly to where students are actually educated.” That notion is exactly right. In some respects, the plan works to accomplish that goal—most notably, by shifting school choice programs to a direct funding mechanism. But the plan is incomplete as it doesn’t deliver policies that would create fair funding within districts. A true “fair funding” plan would not overlook this critical dimension. Students, after all, attend schools not districts.

For districts with just a few schools of similar demographics, ensuring a fair distribution isn’t likely to be a major issue. But in larger and more diverse districts, achieving that goal could prove more difficult—and may not be happening at all.

In theory, an equitable distribution of funds within a school district should be easier to achieve than between districts across the entire state. Unlike districts, individual schools can’t levy property taxes, and thus schools in wealthier parts of a district can’t raise sums that far exceed their counterparts. Still, funding experts have questioned whether sprawling urban districts are actually driving extra resources to their neediest schools. The concerns are rooted mainly in teacher salary structures that reward seniority. Because schools in prosperous neighborhoods often attract more experienced teachers, they end up spending more than other schools in the district.

This post examines the school-level spending of state, local, and federal dollars in Columbus—Ohio’s largest school district—to see whether it is distributing funds fairly by providing more resources to its neediest schools.

Enrolling roughly 50,000 students, Columbus City Schools encompasses neighborhoods of widely varying wealth. Unfortunately, we don’t have reliable poverty data for Columbus schools due to federal policy changes that have resulted in all district schools reporting 100 percent “economically disadvantaged” students. However, we can consider whether schools serving higher fractions of black and Hispanic pupils receive extra funds. (Census data on Columbus suggest that students from these subgroups are much more likely to be in poverty.)

Figure 1 indicates that Columbus doesn’t systematically direct more aid to schools serving more students of color. While majority-white schools are not noticeably favored, the flat trend line shows that schools serving large majorities of black and Hispanic pupils receive about the same as those enrolling fewer students of color—not a noticeably “progressive” funding system. The school-spending patterns within Cincinnati and Cleveland districts (not shown below) are nearly identical to Columbus.

Source: Ohio Department of Education, Advanced Reports. Note: Most district expenditures are tied to specific schools, though some are not. In Columbus, 11 percent of expenditures are reported only at the district level. This figure does not include funding for public charter schools and three district schools that enroll more than 50 percent students with disabilities (the district average is 17 percent). The district’s spending pattern is similar when using ODE’s “expenditure per equivalent pupil” measure that adjusts expenditures for school demographics.

To divvy up resources in a more equitable way, funding experts like Marguerite Roza of Georgetown University’s Edunomics Lab and we at Fordham have long encouraged “weighted student funding” (WSF). This model can be an especially powerful lever for driving funding equity at a district level. Rather than linking schools’ spending to staffing inputs, WSF puts students at the center by tying extra money to pupils with greater needs. Since district funds follow students, district schools that serve primarily high-need students would receive more aid. High-poverty schools can use their extra money to recruit more effective, higher-paid staff—or supplement the staff they have with other resources and supports.

The details vary, but a few cutting-edge districts around the nation have adopted a WSF model, including Cleveland, though it doesn’t allocate funds based on poverty. Ohio’s civic and education leaders should continue to push for district funding policies that allocate dollars through a weighted funding model. Although state legislators are unlikely to mandate that districts allocate all of their funds via WSF, they should consider three policy initiatives that could move districts in that direction:

Equitable funding systems ensure that dollars follow students all the way to the schools they attend. Getting the flow of funds from districts to schools right is an important part of the equation. Next up, we’ll consider funding for students exercising school choice.