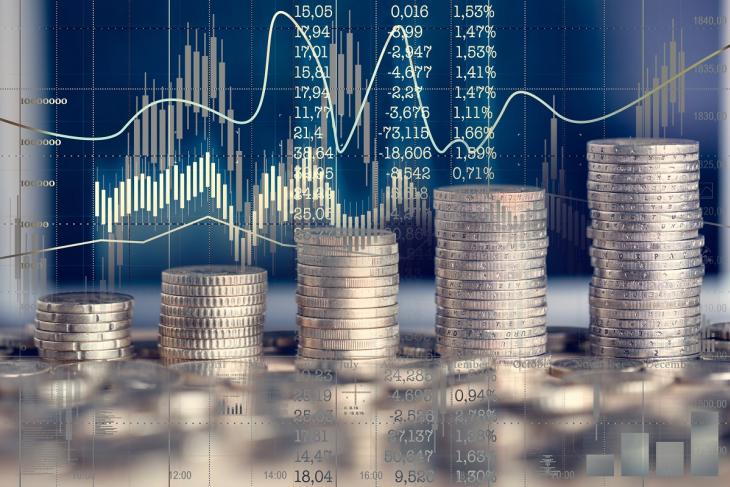 In late June, Representatives Robert Cupp and John Patterson introduced legislation that would overhaul the state’s school funding system. Their proposals have attracted media attention, and legislative hearings are expected this fall. In a prior post—the first in this series on school funding—I examined the plan’s price tag, which would add another $1.5 billion per year in state spending when fully implemented. In a state that already spends an average of $12,000 per pupil—just above the national average—the additional outlays could be seen as fiscal largesse.

Yet large spending increases might be warranted if Ohio were experiencing a boom in its youth population, or were facing an influx of “harder-to-educate” children. In recent years, several fast-growing (though historically low-spending) states such as Arizona and Texas have ramped up state expenditures on K–12 education, presumably in efforts to better meet the needs of their swelling student populations. But is Ohio in the same boat?

Let’s first consider the trend in Ohio’s overall youth population. Figure 1 shows a decline between 2000 and 2017, after an uptick during the 1990s. At the turn of the century, Ohio had 3.22 million youngsters, age nineteen and below. Yet according to the most recent Census estimates, Ohio today has about 250,000 fewer young people—a decline of 8.6 percent over the nearly two-decade period. In contrast, the youth population in the United States has risen by 2.2 percent from 2000 to 2017, and in Texas it’s increased by a remarkable 22 percent.

With a dwindling youth population, we would expect to see a slide in Ohio’s K–12 enrollments. The following chart confirms that trend. In 2006, for example, there were 1.77 million public school students, but in 2018 there were just 1.66 million—a loss of about 6 percent. Though not included in figure 2, Ohio’s private school enrollments have declined, as well. And according to U.S. Department of Education forecasts, Ohio is expected to experience additional declines of about 3 percent in its public school enrollment by 2027.

Ohio’s enrollment declines should raise questions about the need for increased expenditures. If enrollments continue to falter, simply maintaining current spending levels (adjusted for inflation) would result in rising per-pupil expenditures. In fact, as my colleague Mike Petrilli has observed, states with declining student enrollments typically experience larger increases in per-pupil spending than fast-growing states, likely because they can maintain existing spending levels but spread those dollars over fewer students.

Another reason to spend more would be a rapidly growing number of high-need students. Powerful anecdotes about the ill-effects of poverty, along with regular discussions among educators and advocates about the needs of low-income students, can leave a strong impression that poverty is becoming more widespread across the state. Moreover, the “economically disadvantaged” data reported by the Ohio Department of Education, suggest (albeit incorrectly) that student poverty is on the rise. (It’s due rather to changes in federal subsidized meals policy that have inflated these numbers.) To be sure, too many children continue to face the incredible challenge of rising out of poverty or other difficult backgrounds. Yet we still need to check reliable data to see whether Ohio is experiencing escalating poverty and other special-needs circumstances that merit additional government outlays.

Figure 3 displays census data on childhood poverty as reported by the Annie E. Casey Foundation. These numbers reflect Ohio children under the age of eighteen from households with incomes at or below the federal poverty guideline, which is currently $25,750 for a family of four. The number children in poverty has declined after peaking right after the Great Recession. In 2011, for example, the Census Bureau estimated that 641,000 children lived in poverty, but by 2017, that number had fallen to 513,000. The percentage of Ohio children living in poverty has likewise declined from 24 to 20 percent between 2011 and 2017.[1]

Figure 3: Estimated number of Ohio children under eighteen from families at or below the federal poverty level

Source: Annie E. Casey Foundation, Kids Count Data Center. Note: These poverty numbers differ from the commonly cited “economically disadvantaged” (ED) numbers reported by the Ohio Department of Education. ED statistics are based on a higher income threshold (at or below 185 percent federal poverty) which is used to determine participation in free and reduced-priced meals programs, and they include substantial numbers of higher-income students eligible for subsidized meals via the Community Eligibility Program.

A growing population of students with disabilities and English language learners would likely justify increases in state education spending. Figure 4 indicates that the former population has remained largely flat over the past decade, ranging from roughly 240,000 to 265,000 students (about 15 percent of the total enrollment). Meanwhile, Ohio has seen an uptick in English language learners, with their numbers rising by about 15,000 students during this period. Despite the steady increase, this group remains a small fraction of the overall enrollment—just 2.6 percent in 2018—likely reflecting Ohio’s relatively small foreign-born population, 4.4 versus the 13.5 percent national average.

Ohio’s student enrollment and demographic patterns should give us another reason for pause when it comes to proposals to significantly boost K–12 expenditures. Unlike our Sun Belt counterparts, Ohio’s school enrollments are waning and the state isn’t experiencing massive inflows of immigrants whose children need specialized supports. Childhood poverty numbers are also on the decline, though that of course could reverse in the event of an economic downturn.

The case for large-scale spending increases based on these numbers is questionable at best. But the state does need to make concerted efforts to fund the education of needier students at higher levels. In forthcoming posts, I’ll take a closer look at Ohio’s current funding model that distributes state dollars to schools, as well as the Cupp-Patterson plan which would alter that allocation model.

[1] According to the Census Bureau’s Supplemental Poverty Measure (SPM), Ohio’s childhood poverty rate is 13 percent and has been declining over time. The SPM makes several adjustments to incomes (e.g., accounting for taxes and government benefits) and yields an alternative measure of poverty.