School funding in Ohio: How much is being spent and should we spend more? 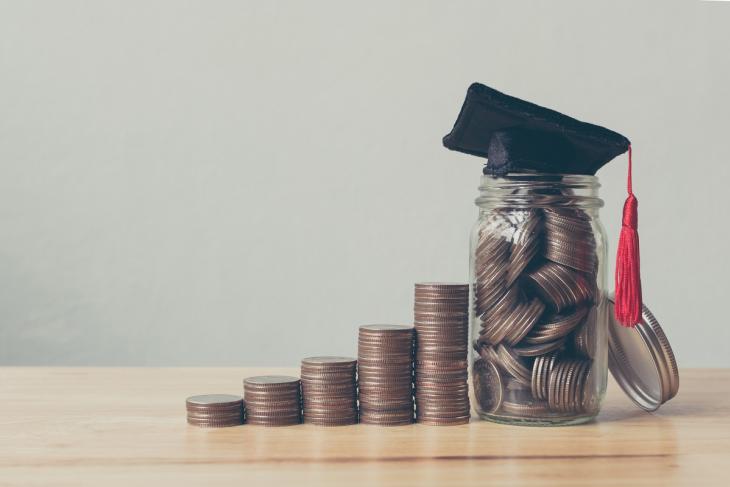 In the coming weeks, I’ll be working on a blog series that digs into Ohio’s school funding system. Although the topic is always relevant, school funding is poised to take center stage as state policymakers mull legislation put forward by Ohio Representatives Robert Cupp and John Patterson. Their proposal, developed in conjunction with a group of school district officials, would create a new state funding framework. Forthcoming posts will attempt to cover the key policy issues, such as the base amount, the allocation formula, “caps and guarantees,” school choice programs, incentive funding, supplemental aid for low-income students, and more. Get ready. It’s bound to get wonky.

Before diving into particulars, it’s important to look at the big picture. Just like purchasing a car, one of the first things legislators should consider is the sticker price. Bottom line: This is a Cadillac school funding plan.

According to recent estimates, a fully implemented plan would spread an additional $1.5 billion per year in state aid across Ohio public schools, a roughly 15 percent increase above current state expenditures on K–12 education. To ease the fiscal pain, the plan includes a phase-in period in which the state would fund just 16.7 percent of the costs in year one and end with a fully funded plan by year six. Yet even this gradual implementation would add about $350 million in year one to the state budget, rising to $650 million in year two relative to current levels.[1] These numbers don’t even include additional spending expected after studies on special-education and poverty costs are completed. Despite the hefty price tag, the plan does not identify a revenue source to cover the added costs, perhaps naively assuming that good economic times will keep on rolling (and raising questions about what happens if they don’t).

Given the sizeable spending increase being proposed, we first need an understanding of how much Ohio currently spends on K–12 education, as surveys find that citizens underestimate school spending. Does the state have a serious problem with “underfunding” its public schools that might warrant such a large cash infusion? Or does spending appear to be at reasonable levels and generally in line with the rest of the nation? And would simply injecting more taxpayer money into the public-education system be likely to boost student achievement?

The chart below, taken from our webpage Ohio By The Numbers, displays the most recent per-pupil spending data published by the U.S. Department of Education for Ohio and several neighboring states. The expenditures reported below include operational expenses—things like classroom instruction and support services—but exclude capital outlays and interest payments. These data reflect the spending of funds derived from local, state, and federal taxpayer sources (about 90 percent is state and local).

Figure 1: Ohio school expenditures versus national and nearby states, FY 2016

As figure 1 shows, Ohio spends on average almost $12,000 per student, not including capital expenses. Unfortunately, there is no clear scientific way to determine whether this amount is “enough,” but we can think about it in a few ways. First off, one could ask whether they’d pay this amount out-of-pocket for public education, assuming no school taxes. Would we consider this price too steep? A bargain? Of course, we don’t permit the “invisible hand” to determine the value of public education, so we are left trying to figure out how much to spend through the political process. At a macro level, one possible way citizens and policymakers could view Ohio’s overall spending on K–12 education is to compare expenditures to other states. If spending lags way behind, Ohio could risk losing educator talent to states that can afford to offer higher compensation—an argument that was recently made in the low-spending state of Oklahoma. Yet as figure 1 above indicates, Ohio’s expenditures track closely with the national average and they surpass those of nearby states such as Michigan and Indiana. They do, however, fall short of Pennsylvania and Illinois, and overall, Ohio ranks nineteenth in the nation in per-pupil expenditures—neither among the biggest spenders nor the thriftiest either.[2]

Now let’s say Ohio legislators choose to “go big” on school spending, perhaps approving the nearly $1,000 per student in extra spending the Cupp-Patterson plan recommends.[3] Should taxpayers expect big achievement gains? In general, academics are divided about the returns to K–12 expenditures, and the state-level data displayed in figures 2 and 3 offer some basic insight into why no clear consensus has emerged. We notice that some higher-spending states—places like Illinois, New York, and Pennsylvania—fare very similar (and sometimes worse) than Ohio on national exams. Still, the über-high-achieving Massachusetts might offer a case for higher spending (mindful of course of its strong accountability systems and higher cost of living). But then again there’s Indiana, a state that spends less than Ohio yet achieves superior results on reading and matches us in math. This is not to say that additional dollars won’t ever provide an educational boost. There is evidence indicating that they can improve low-income students’ outcomes (and evidence that they don’t), but the notion that spreading more money widely around the state, as the Cupp-Patterson plan generally does, will automatically raise results rests on shaky ground.

Source: National Assessment of Educational Progress (NAEP) and NCES. Note: The per-pupil expenditures displayed in figures 2 and 3 do not adjust for regional cost-of-living differences across states. However, the overall picture of spending versus achievement does not change noticeably when using spending data adjusted for cost-of-living. For charts displaying those data, please see this link.

The hefty price tag of the Cupp-Patterson plan should be the first thing legislators scrutinize. In so doing, they need to bear in mind the significant funds already being spent on students’ K–12 education. At the same time, policymakers should ponder whether the extra costs would be commensurate with added benefits to students. On both counts, legislators—especially fiscal conservatives—may have reason for concern.

Nevertheless, if Ohio were in the midst of a baby- or immigration-boom, or if schools were being asked to educate increasing numbers of harder-to-serve children, it would make sense to ramp up spending. In the next post, I'll take a look at whether these factors are in play.

[1] The most recent cost estimates—released in early July just prior to the passage of the state budget for FYs 2020–21—do not take into account the increased K–12 expenditures associated with the “Student Wellness and Success” program. Whether those funds would remain in an updated Cupp-Patterson plan is not yet known.

[2] According to an Education Week analysis of FY 2016 data, Ohio ranks twenty-first highest in the nation in per-pupil spending after adjusting for regional cost-of-living differences.

[3] There are approximately 1.6 million students in Ohio, and in general, the Cupp-Patterson plan disburses the extra funds widely across Ohio’s public schools (school districts, joint-vocational districts, and charters and STEMs).