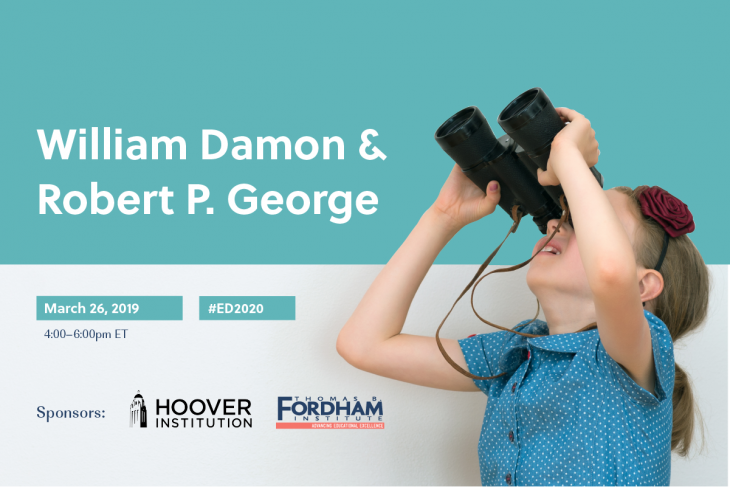 William Damon will launch with the contention that schools must foster a sense of purpose in all their students and that a key strategy is to inculcate in each a “positive attachment to one’s society,” i.e. patriotism. Then Robert P. George will explain why, in both schools and colleges, good education means knowledge-seeking via open intellectual debate that challenges “one’s premises and most fundamental beliefs and values.”

William Damon is director of the Stanford Center on Adolescence, Professor of Education at Stanford, and a senior fellow at the Hoover Institution. He argues that in recent years, U.S. schools have sacrificed their obligation to educate the whole child, including fostering a sense of purpose in every student. Yet progressive hostility to real citizenship education, skittishness about distinguishing right from wrong, and over-emphasis on the pluribus over the unum have made it harder to foster that sense in young people.

In particular, Damon suggests that civic education’s failure to teach patriotic ideals has weakened students’ attachment to community and country. To combat this trend, conservatives need to champion civics and history curricular reforms in K–12 schools—and in the institutions that prepare their teachers—that foster civic purpose.

Robert P. George is McCormick Professor of Jurisprudence at Princeton University and Director of the James Madison Program in American Ideals and Institutions. He discusses the causes of—and potential cures for— “illiberalism,” which plagues colleges and schools across the country. The core problem is the institutions’ failure to give students the opportunity to consider the best arguments on competing sides of important issue. Instead, prevailing opinions are left unchallenged, which leads to dogmatism and groupthink.

To ameliorate this problem, George argues, schools must encourage intellectual humility, in which students (and instructors), in pursuit of knowledge and truth, open themselves to the possibility that their opinions are incorrect and that compelling evidence may come from those who think otherwise. This forces students to evaluate their positions, facilitates intellectual engagement, and teaches the important values of respect and civility. 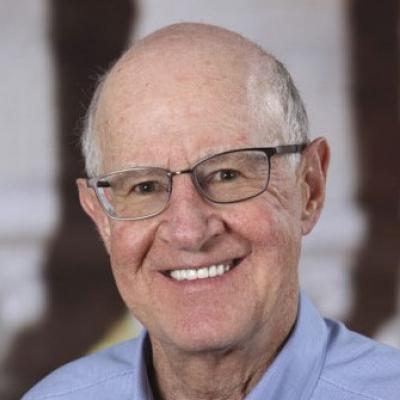 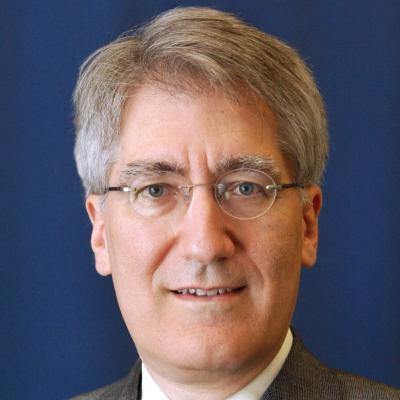