The worst is yet to come 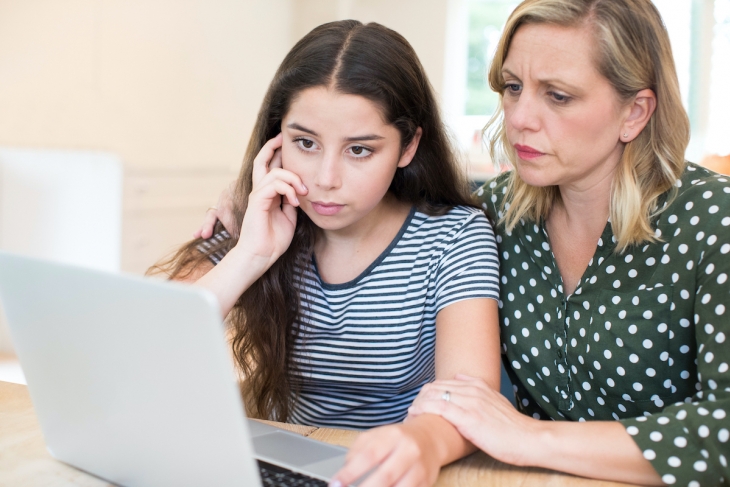 We’ve reached the mop-up phase at the end of the fractured school year, the worst that most of us have ever seen. The consensus view, unsurprisingly, has been that the past few months have been a disaster. School districts were caught flat-footed and unprepared for the pandemic. With many not taking attendance, grading student work, or giving feedback, what students have experienced since March can barely be described as even education on life support. The New York Times notes that the abrupt switch to remote learning “wiped out academic gains for many students in America, and widened racial and economic gaps.” The Wall Street Journal struck a similar tone in its own somber dispatch headlined, “The Results Are In for Remote Learning: It Didn’t Work.”

These bleak assessments might even be a little too sunny. A cloud still hangs over the fall—Will it be business as usual? Remote or blended learning? Staggered schedules?—that make coherent instructional planning a challenge. What comes next is anyone’s guess, but the air of uncertainty hovering over the resumption of school in whatever form it takes can only be bad for kids—particularly low-income and marginalized students who have the most to lose from stops and starts in their schooling and are least likely to benefit from online learning.

To date, most of the planning oxygen for restarting schools is being consumed by thinking through the logistical and financial hurdles: how to structure schooling to contain and mitigate Covid-19 and how to pay for it all. Surprisingly little attention is being paid to exactly how teachers are supposed to deliver coherent and effective instruction—whether it’s online, back in classrooms, or both—in schools that are now being organized around public-health imperatives, not pedagogical ones. As Canadian policy researcher Paul W. Bennett points out, “Classroom design and seating since the 1970s has tended to focus on creating settings that support ‘active learning’ and reputedly ‘progressive’ teaching methods, such as learning circles, cooperative learning, and project-based groupings.” A substantial majority of the 3.7 million teachers at work today have been trained and professionally invested in teaching methods that insist, as Bennett notes, that “teaching children sitting in rows is detrimental to student engagement, widely considered an end in and of itself.”

In other words, even in schools and districts that resume face-to-face teaching this fall, teachers will be asked to teach in ways that are not merely foreign to them but which they’ve been trained to believe are bad for kids. Whether that’s true or not is open for debate, but the fact remains we’re asking millions of teachers to forget how they’ve been trained to teach and run their classrooms—a jarring pedagogical transition that has gone almost entirely unremarked upon.

Local conditions are sure to dictate what form schooling will take when it resumes a few months hence. For those that will remain in online-only (or mostly) mode, Brian Greenberg, CEO of the Silicon Schools Fund, offered some smart analysis at Education Next on the traits that have made some schools more successful than others in transitioning to remote learning. “You can predict the way schools responded to the COVID crisis based on two factors,” he wrote, “(a) experience using technology and (b) the functionality and flexibility of their school culture.” This matches precisely my own reporting on New York City’s Success Academy, which appears to be one of the standouts in the transition to remote leaning. But let’s be clear: It is simply not possible to create the “organization, culture, teamwork, and flexibility” that Greenberg cites between now and September. As I wrote in City Journal, Success Academy is “reaping the harvest of the habits, expectations, and culture that [founder Eva] Moskowitz has carefully built for more than a decade.” If you don’t have that, it can’t be built from scratch over a single summer with no schools, students, or parents.

Moreover, it may be a struggle to sustain the advantages Greenberg identified, even at schools that have been relatively successful in rising to the challenge to date. As AEI’s Rick Hess and Nat Malkus point out, no matter how uninspiring was the forced march to remote learning, it came with the “massive advantage” of hitting in March. “Most students had been seeing the same teachers and classmates nearly every weekday since September,” Hess and Malkus noted. “This head start will be gone come fall.”

In all, it’s hard to be optimistic about what comes next. We don’t have the luxury of throwing our hands in the air, but a certain hard-nosed clarity is warranted, and certainly, more attention to the nuts and bolts of teaching and learning in our recovery plans. And we should also be on our guard against advocates and enthusiasts determined not to “let a crisis go to waste” or lulled into complacency by anecdotal stories about the surprising upside of remote learning for some students. If I were to summarize the lessons of the past few months, it would be that everything works for someone, nothing works for everyone, and that regardless of the form and format of schooling, the well-resourced and motivated student—or one with engaged and pushy parents—has an advantage. But we knew all of this already. The pandemic has merely provided a reminder.

One final thought. I emailed Doug Lemov to get his views on all this. Doug has done as much as anyone in the past two decades to identify and spread effective teaching practice; he and his Teach Like a Champion colleagues have met the remote learning challenge head-on, working with dozens of districts and schools that are working to adapt to all of this uncertainty. Traffic to the TLAC blog where teaching videos are posted have almost doubled, an encouraging sign of the earnest good efforts teachers are making to adapt to the new uncertainty. But he’s clear-eyed about the challenges. “There’s a limit to how good a lesson can be when you’re trying to interact with your students through a keyhole in the door,” he wrote back.

“As one of my colleagues put it, there will be a few things online learning does better and a few students it serves better, but on the whole, it will probably be overwhelmingly negative and regressive in impact,” Lemov said. “There are going to be a lot of Ted Talks with the word ‘reimagining’ in the title based on those small silver linings. It’ll be like watching the highlights of the best plays from your team’s 3-13 season.”