What to expect in Wisconsin with Governor (gulp!) Tony Evers 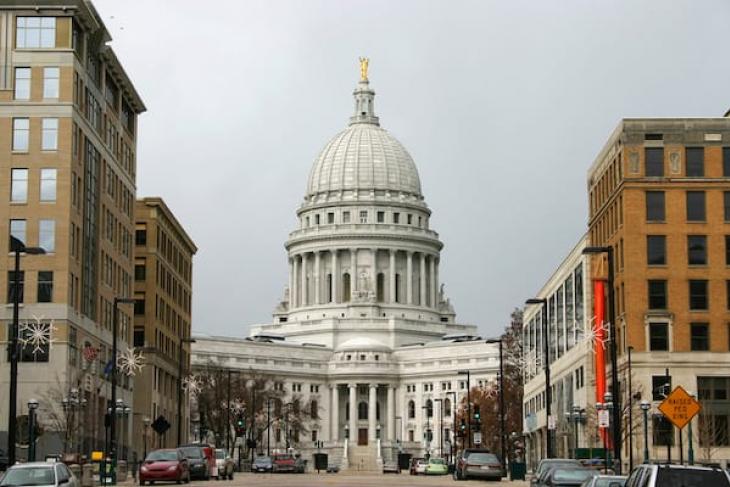 On January 7, 2019, State Superintendent of Public Instruction Tony Evers, a Democrat, will take the oath of office as Wisconsin’s next governor. His narrow defeat of Republican Scott Walker represents the end of an era for education reform in the Badger State, which now faces a governor who is famously hostile to school choice. He must, however, work with Republican choice-supporting majorities in both houses of the legislature, so it is unlikely that he can get much through by way of statutory changes, but there's plenty of other ways of making mischief on the education front. Here’s what you need to know.

Despite a lack of evidence that spending increases (above a certain threshold) improve traditional public school performance in Wisconsin, Evers made much during the campaign of his plan to boost it. His final budget as state superintendent sought a $1.4 billion increase for public schools—10 percent more than current funding. Of particular interest to Evers are increases for special education and for low-spending, primarily-rural school districts that have seen their state aid stagnate in recent years.

After a one-year decline at the end of federal stimulus in 2012, Wisconsin saw K–12 spending rise every year under Governor Walker, who prioritized public school spending increases over other education reform initiatives. While funding levels have not reached pre-recession levels once inflation adjustments are made, it is worth noting that public school systems realized billions of dollars in savings with the passage of Act 10—a set of collective-bargaining reforms in 2011 that, among other things, mandated public employee contributions to healthcare and retirement accounts.

Today, funding for Wisconsin’s private-school choice programs is tied to public-school budgets. Though Evers’s proposed increases would do nothing to narrow the very wide funding gap between public and private, they would give a bit of a boost to participating private schools, schools which currently receive $7,747 per student in K–8 and $8,393 for high-school pupils.

Both Milwaukee and Wisconsin voucher programs will be threatened

Tony Evers has long opposed school choice. He’s the first major gubernatorial candidate in ages to run on rolling back the Milwaukee voucher program, and his rhetoric on the campaign trail did not help private school leaders sleep easy.

Evers has repeatedly asserted that the performance of Milwaukee’s voucher schools are no better than their public-sector counterparts, despite extensive peer-reviewed evidence to the contrary. In a humorous (kind of) moment during his last run for state superintendent, he called the “Apples to Apples” study—which compared school performance after controlling for socioeconomic factors, and was conducted by the Wisconsin Institute for Law and Liberty (WILL), where we both work—"Apples to Giraffes”! During his recent campaign, Evers proposed to end the state’s voucher programs or, if that proves impossible, to drastically increase regulation on them.

At minimum, he could use the bully pulpit and the budget process to trigger a major debate on these programs. Fortunately, the 35,000 children currently taking advantage of vouchers will be living testaments to the programs’ benefits. Yet much could be done to weaken them behind the scenes and via the regulatory process.

Wisconsin must also contend with a new state superintendent (appointed by Evers) and a new attorney general, whose position on vouchers and charters is unclear. The triumvirate could pack a wallop. You may recall the Obama Justice Department’s investigations of Milwaukee’s and Louisiana’s programs. Evers’s Department of Public Instruction (DPI) cheered them on—and was a willing accomplice. WILL’s attorneys have a long record of fighting burdensome regulations and rules from his agency. In one example, DPI refused to accept an independently certified audit from a private school in the MPCP, who WILL represented. But DPI did not have the legal authority to essentially audit the auditors. In addition, two years ago, WILL sued State Superintendent Tony Evers for refusing to follow state law which provided a greater check on DPI’s ability to promulgate regulations (a case now in the State Supreme Court).

We will monitor for similar overstepping by DPI in the future, as well as the governor, and we will monitor whether this gets worse.

Wisconsin’s state plan was largely written by Evers’s Department of Public Instruction. We criticized the plan in the Wall Street Journal and elsewhere, calling it “reflective of the status quo mindset of the state bureaucracy.”

For example, to meet ESSA’s requirement to determine a “rigorous state-determined action” to improve low-performing schools, the Evers team offered “engaging with families and the local community.” When one considers that other states have included measures such as turning chronically weak schools into charters, or closing them altogether, this is extremely thin gruel. Under a third Walker term, pressure could have been exerted on DPI to strengthen the plan, but such pressure is unlikely to come from the person who authored it. Note, though, that a recent study by our colleague Libby Sobic showed how Wisconsin is leaving money on the table by not embracing ESSA.

Evers’s plans for charters are murkier. As state superintendent, he sought a number of grants for charter schools that have been used to open and expand charters throughout the state. But he seems to distinguish between charters run by the school districts and so-called “independent” charter schools authorized by the University of Wisconsin system and technical colleges.

In 2015, he was critical of the creation of a new authorizer for independent charter schools in Milwaukee and Madison, saying that this expansion would “weaken local control of public education.” This would be concerning in any case, but it’s doubly so given that independent charters are among the highest performing schools in Wisconsin. Any effort to curtail them would be decidedly negative for families that depend on them, especially in Milwaukee.

Evers faced criticism during the campaign from the growing contingent of anti-charter Democrats. It remains to be seen how much he will defer to those interests now that he’s in office. More than in the other areas discussed here, we don’t yet know whether we have a friend or foe of charter schools in that office. Or what exactly he could do to threaten charters.

Act 10, passed during Walker’s first term in office, was a sweeping reform of Wisconsin’s collective-bargaining laws. Under the law, labor unions were only able to collectively bargain on wages and salaries. Moreover, teachers were required to contribute at least 5.9 percent of their wages and salaries to their pension and 12 percent of their healthcare premiums. These reforms have saved the state billions of dollars. They have permitted school districts to experiment with merit pay for teachers, and the reforms have led to improved math scores for students, among other positive results.

Evers has voiced support for a compromise that would restore collective-bargaining rights to public employees yet still require them to pay for a portion of their own health insurance. But he faces a legislature that is unlikely to support any substantive changes to the law, which have already been approved by the state’s highest courts.

All is not lost

Although bold education reforms are likely off the table in Wisconsin for the foreseeable future, all hope is not lost. Under Evers, DPI was willing to work with school choice proponents to streamline redundant regulations, leading to the passage of a bill last session backed by the agency and private voucher schools. These reforms were primarily technical, but there may be room for similar bills in the future that ease the burden on what is ranked as one of the most regulated school choice programs in the country. Moreover, the statewide program has enrollment caps in place that are set by statute to rise every year. Assuming legislative changes can be staved off, the constituency of school choice families in Wisconsin will continue to expand, making elimination of the program ever less politically tenable.

Also possible are expanded opportunities for public school open enrollment and Wisconsin’s course choice program. A limited gifted and talented ESA also received some bipartisan support in the last session, though it did not pass. This may open the door, if ever so slightly, for similar reforms. And via recent accusations of plagiarism, we know that Evers is at least exposed to the wise reform ideas from the Fordham Institute!

Wisconsin’s biennial budget needs to be approved by both legislative chambers (Senate and Assembly) and governor, else the existing budget remains in place. Deals will have to be made, which could result in opportunities for education reformers. Or not.

Education reformers should, as the saying goes, prepare for the worst and hope for the best.

CJ Szafir and Will Flanders, Ph.D. are, respectively, Executive Vice President and Research Director at Wisconsin Institute for Law & Liberty.