When the standard algorithm is the only algorithm taught 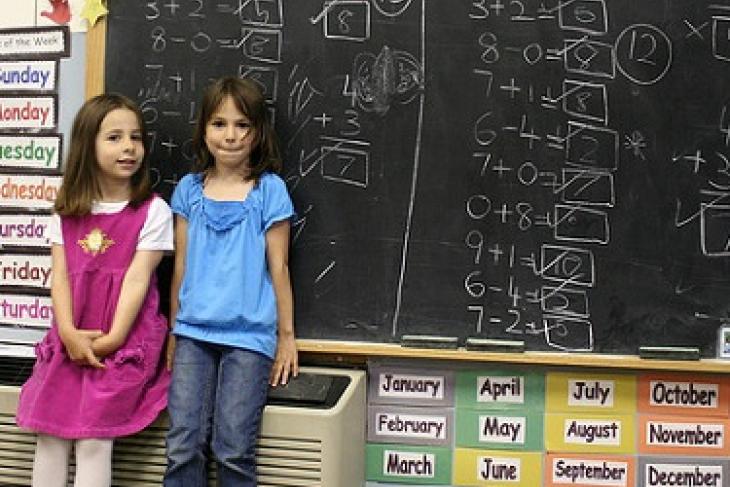 Editor's note: This post originally appeared in a slightly different form on the Tools for the Common Core Standards blog.

Standards shouldn’t dictate curriculum or pedagogy. But there has been some criticism recently that the implementation of the Common Core State Standards may be effectively forcing a particular pedagogy on teachers. Even if that isn’t happening, one can still be concerned if everybody’s pedagogical interpretation of the standards turns out to be exactly the same. Fortunately, one can already see different approaches in various post-CCSS curricular efforts. And looking to the future, the revisions I’m aware of that are underway to existing programs aren’t likely to erase those programs’ mutual pedagogical differences, either.

Of course, standards do have to have meaningful implications for curriculum, or else they aren’t standards at all. The Instructional Materials Evaluation Tool (IMET) is a rubric that helps educators judge high-level alignment of comprehensive instructional materials to the standards. Some states and districts have used the IMET to inform their curriculum evaluations, and it would help if more states and districts did the same.

The criticism that I referred to earlier comes from math educator Barry Garelick, who has written a series of blog posts that aims to sketch a picture of good, traditional pedagogy consistent with the Common Core. The concrete proposals in his series are a welcome addition to the conversation math educators are having about implementing the standards. Reading these posts led me to consider the following question:

If the only computation algorithm we teach is the standard algorithm, then can we still say we are following the standards?

Provided the standards as a whole are being met, I would say that the answer to this question is yes. The basic reason for this is that the standard algorithm is “based on place value [and] properties of operations.” That means it qualifies. In short, the Common Core requires the standard algorithm; additional algorithms aren’t named, and they aren’t required.

Whatever one thinks of the details in the table, I would think that, if the culminating standard in grade four is realistically to be met, one likely wants to introduce the standard algorithm pretty early in the addition-and-subtraction progression.

Writing about algorithms is very difficult. I ask for the reader’s patience, not only because passions run high on this subject, but also because the topic itself is bedeviled with subtleties and apparent contradictions. For example, consider that even the teaching of a mechanical algorithm still has to look “conceptual” at times—or else it isn’t actually teaching. Even the traditional textbook that Garelick points to as a model attends to concepts briefly, after introducing the algorithm itself:

This screenshot of a fifties-era textbook is as old-school as it gets, yet somebody on the Internet could probably turn it into a viral Common-Core scare if they wanted to. What I would conclude from this example is that it might prove difficult for the average person even to decide how many algorithms are being presented in a given textbook.

Standards can’t settle every disagreement—nor should they. As this discussion of just a single slice of the math curriculum illustrates, teachers and curriculum authors following the standards still may, and still must, make an enormous range of decisions.

This isn’t to say that the standards are consistent with every conceivable pedagogy. It is likely that some pedagogies just don’t do the job we need them to do. The conflict of such outliers with CCSS isn’t best revealed by closely reading any individual standard; it arises instead from the more general fact that CCSS sets an expectation of a college- and career-ready level of achievement. At one extreme, this challenges pedagogies that neglect the key math concepts that are essential foundations for algebra and higher mathematics. On the other hand, routinely delaying skill development until a fully mature understanding of concepts develops is also a problem because it slows the pace of learning below the level that the college- and career-ready endpoint imposes on even the elementary years. Sometimes these two extremes are described using the labels of political ideology, but I have declined to use these shorthand labels. That’s because I believe that achievement, not ideology, ought to decide questions of pedagogy in mathematics.

Jason Zimba was a member of the writing team for the Common Core State Standards for Mathematics and is a founding partner of Student Achievement Partners, a nonprofit organization.

Policy Priority:
High Expectations
Topics:
Standards
Thank you for signing up!
Please check your email to confirm the subscription.