When more students are mentored by organizations in their communities, what happens? 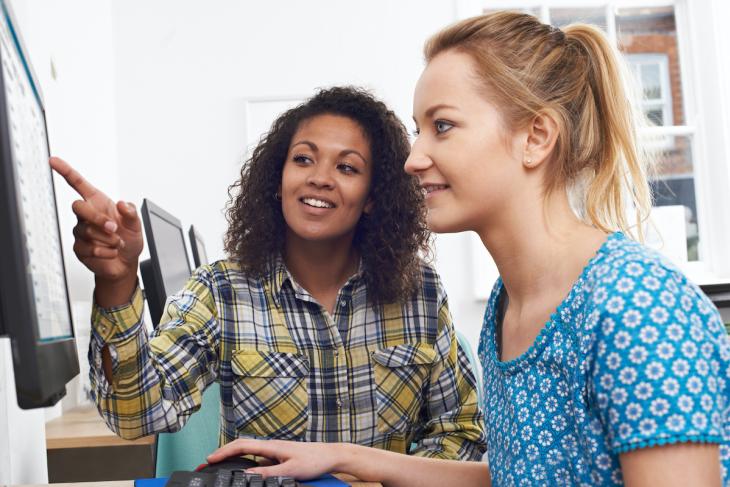 Mentoring programs connect young people with caring adults who can offer support, guidance, and even tutoring. Research indicates that such programs can be valuable for students, particularly those from disadvantaged backgrounds.

Given these benefits, it makes sense that state leaders would be interested in supporting mentorship programs. In a recent report that’s part of a broader series of case studies on civil society from R Street, Amy Cummings takes a closer look at Ohio’s Community Connectors, a program that awarded grants to community partnerships to provide mentoring to students.

Community Connectors was jointly established in 2014 by former Governor John Kasich and the Ohio Department of Education. The program was not directly aimed at improving test scores or graduation rates. Instead, it was viewed as an opportunity to encourage community organizations to establish mentoring programs that could improve the overall education, health, and workforce readiness of students. To be eligible for funding, partnerships had to consist of at least three different entities: a business, a faith-based organization, and a school district. Most partnerships included several additional groups, such as parent networks and community-based organizations.

Grants were awarded to partnerships that served students in grades five through twelve who were enrolled in low-performing, high-poverty schools. Between July 2015 and July 2018, Community Connectors awarded more than $36 million to 172 unique partnerships. Approximately 14,000 students were served by 5,300 mentors in forty-five of Ohio’s eighty-eight counties. In total, participants received 67,000 hours of one-on-one mentoring and 91,000 hours of mentoring via group activities. The program ended in 2019, after four rounds of grants.

Although hard evidence on academic impacts is lacking, there is anecdotal evidence that the grants spurred community partnerships. Cummings, for instance, profiles a mentoring program housed by Big Brothers Big Sisters of West Central Ohio, the result of a partnership between the Hardin County Common Pleas Court’s Juvenile Division, the Hardin County Sheriff, Our Savior’s Lutheran Church, US Bank, and three school districts—Hardin Community Schools, Lima City Schools, and Perry Local Schools. The state awarded the partnership $86,000 to mentor at-risk middle and high school students. The program targeted students with a history of truancy, chronic inappropriate behavior, substance abuse, and academic failure. Over 97 percent of these students lived in poverty, and more than half of them reported a family history of alcohol abuse and/or drug abuse. Based on a survey given to teachers of participating students, the program succeeded in impacting school-related factors: 63 percent reported seeing an improvement in class participation, and 51 percent reported improvements in academic performance.

The report concludes with several lessons learned. Given that it’s part of a series on civil society, many are related to the role of government in encouraging engagement from community-based organizations. But some of them are also worth applying to education policy. For example, when supporting innovative programs, it’s important to consider whether they are sustainable if government funding ceases. It is also critical that success is measured based on the underlying goals of a program. In the case of Community Connectors, civil engagement and community partnerships were the goal. The program certainly succeeded in that regard. And although it lasted only a short while, its impacts could be long lasting.