What if everything we believe about education is a lie? 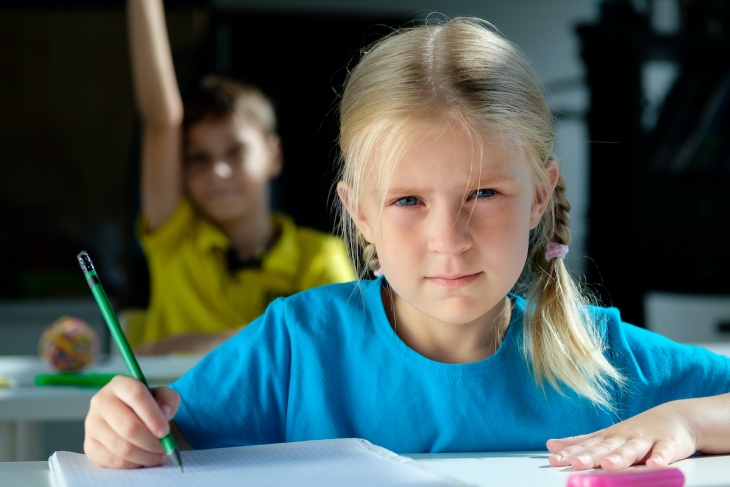 What if we can’t change at scale the distribution of academic outcomes among disparate groups of students?

What if our hope that public education can erase inequality is in vain?

If these things were true, how would what we ask of schools—and how we measure their success—change?

If there was ever a time to ask big, heretical questions about American K–12 education, it’s when schooling has been thrown into chaos by a pandemic, and Americans’ faith in institutions, including schools, is at ebb tide. Let’s consider for a moment if our egalitarian impulses, however well-intended, have prevented us from pursuing a vision of public education that could be more fruitful and satisfying for vastly more students, and healthier for civil society.

On a recent episode of EconTalk, a podcast hosted by Russ Roberts, of Stanford University’s Hoover Institution, author Fredrik deBoer threw down a gauntlet in calling out the American education system with a bluntness that we are unaccustomed to hearing. All of us, he insisted—left, right and center—whether we are practitioners or policymakers, are laboring fruitlessly in pursuit of an illusion: “The whole system is predicated on the idea that someday we’ll be able to make it so that everybody does well,” said deBoer, the author of the new book The Cult of Smart: How Our Broken Education System Perpetuates Social Injustice.

This flies in the face of common sense and human history, deBoer argued. It hasn’t worked, and it will never work—no matter how many experts and how much money we throw at the problem. We still pretend there are no intrinsic differences in “baseline academic ability,” which “cannot be overcome under the right conditions,” he explained.

On the left you have this “cheery, optimistic and plainly false assumption that if we just tweak a few things in their environment, pass a few social programs and make a few alterations to schools, all students will have equal opportunity, equal ability to perform well in an academic environment,” deBoer told Roberts.

The right’s blind faith insists that “if we have school choice in the form of charter schools and private school vouchers … competitive pressures will force the schools and teachers to teach better, and to churn out students who are excelling academically.”

These myths are harmful, in deBoer’s view, because they lead us to conflate academic ability and human worth.

An avowed Marxist, deBoer argues unabashedly that he has set out “to demolish the entire meritocratic system and give [underprivileged] kids equal economic circumstances to begin with,” as a Wall Street Journal review of his book summarized. In the author’s telling, the Cult of Smart is “the notion that academic value is the only value, and intelligence the only true measure of human worth. It is pernicious, it is cruel, and it must change,” he writes.

His premise raises a vexing set of questions about the pursuit of equality for educators and policymakers that we would probably prefer to avoid. I don’t have a satisfying answer, and there may not be one that is politically and morally acceptable.

But what if he’s right? We shouldn’t avoid grappling with questions simply because they are impolitic or make us uncomfortable.

Roberts hinted at one way out of the maze that neither left nor right seems to talk much about, perhaps because the blind faith that outcomes can be improved at scale is our only common ground. There have always been those who have struggled relative to others, he noted, “but often those people’s children did better than they [their parents] did, saw hope, saw a chance to use their gifts, and did what I would call ‘flourish.’”

The harder questions, Roberts suggested, are about dignity, prestige, status, self-respect, and self-worth. “I think education should be restructured, remade, allowed to experiment to give opportunity to people who aren’t going to Princeton, even to Stanford,” he said.

Another potential answer is offered in a second new book, How to Educate a Citizen: The Power of Shared Knowledge to Unify a Nation, by E.D. Hirsch, Jr. He argues for recovering America’s common school tradition, and reminds us that the founding principle of American public education was preparation for citizenship, not the private ends of “college and career.” Refreshing those ideals may offer one path forward.

Or perhaps it’s building a smooth and sturdy on-ramp for one of the “three Es”—enrollment (college), employment or military enlistment—with none valued or valorized over another.

Focusing schools on cultivating attachment and commitment to the habits and institutions of civil society, and helping young people reach an engaged and productive adult life, would be a very different undertaking. It would disrupt the impulses behind testing and accountability that have defined our relationship to schools for the past several decades and arguably subverted their mission. But, especially in the middle of a pandemic that has disrupted everything, it’s hard to believe that we will suddenly crack the code that has eluded us, unlocking universal academic excellence for all.

The technocrat, for example, may ask whether having a teacher of color in front of a classroom raises test scores, particularly for Black, Latino, and Native students. Perhaps it is better merely to value and valorize diversity as an end in itself, because a virtuous society wants its children have a warm and trusting relationship with authority figures from the broadest range of backgrounds. It is a very different thing to ask, “What do we want every child to achieve?” and “What do we want every child to experience?”

Education policy over the last half century has mostly been predicated on the assumption that schooling is a singular mechanism for reducing poverty and advancing equity at scale. The results have not rewarded our faith. Maybe they never will.

Perhaps schools are simply more effective at advancing private purposes and we’re assigning them a role that they are ill-suited to play. If social justice is your aim, perhaps housing, health care, taxation, and income may be more effective public policy levers than education. The most bracing stories we tell about school successes tend to be of personal triumphs, inspirational teachers and sparks ignited among individual students. Maybe that’s what schools do best — and maybe that’s enough.

To be clear and emphatic: Education is our most optimistic and aspirational business, so we should never abandon our fondest hopes for it. Neither should we countenance a grim, deterministic view of human ability and allow schools to be mere sorting mechanisms. But with so much in flux right now, perhaps we should take advantage of our national inflection point to question our assumptions and ask what schooling would look like if the goal of education were not to “improve outcomes” but to enhance individual flourishing.

Editor’s note: This was first published by the Hechinger Report.