(What) Do Americans really think about education? 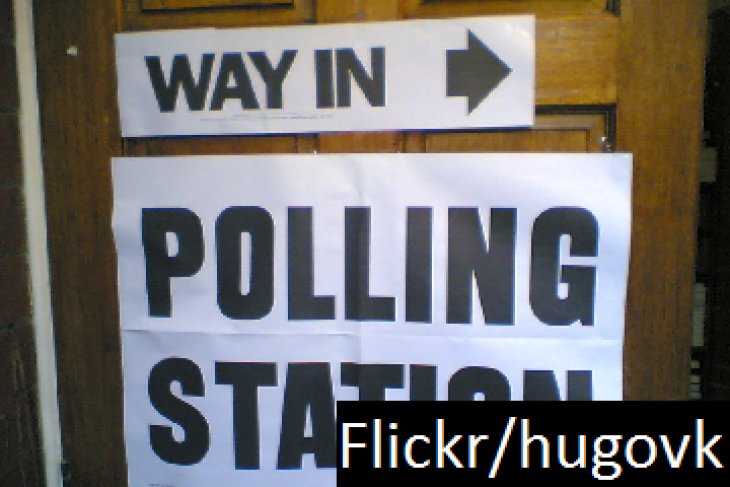 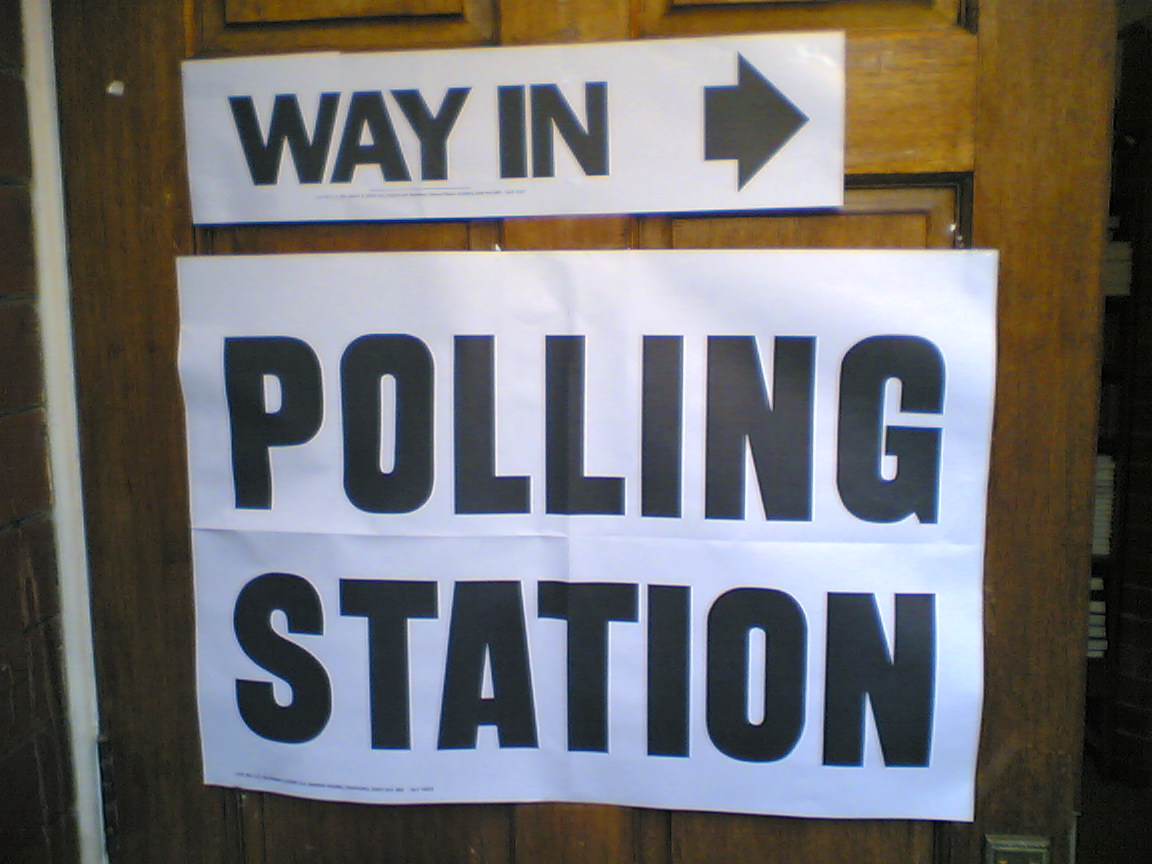 Election Day is less than a week away. Given the heat around major education policies—especially Common Core and teacher evaluations—there is increased attention to public attitudes about education. A number of polls from major news organizations, education groups, and universities have been commissioned over the past several months, and education pundits and advocates on all sides of current reform debates have endlessly parsed the results.

Unfortunately these pundits are mostly misguided, and public opinion polls on education don’t mean what people think they mean. What follows are three conclusions, all based on data from these various polls, and a discussion of what they ought to mean for education policy and advocacy going forward.

The most straightforward conclusion from existing polling data is that Americans’ views are all over the map and, depending on the issue, either nuanced or contradictory. The clearest example of this is on standardized testing. The 2013 Phi Delta Kappa (PDK)/Gallup poll found that just 22 percent of the public thought that standardized tests have helped local public schools. But when asked about specific test-related policies—some of which are even more ambitious in scope than our current testing regimes—Americans express strong support. An Education Next poll, for example, shows 71 percent of Americans support mandatory high school exit exams. And despite 54 percent of respondents telling PDK/Gallup in 2014 that standardized tests aren’t helpful, between 75 and 80 percent were “very or somewhat supportive” of college entrance tests, promotion tests, and high school exit exams.

Using test scores for teacher evaluation and tenure decisions shows further contradictions. PDK/Gallup found that 61 percent oppose including standardized tests in teacher evaluations, yet Education Next found that 60 percent support requiring the demonstration of student progress on state tests as a condition for tenure. Predictably, testing opponents latched onto PDK’s results but ignored Education Next’s, suggesting that they either cherry-picked supportive research or misinterpreted the public’s true views on this issue.

In other areas, Americans appear split between “traditional” views and more “reform-friendly” ones. For instance, people generally think that we should spend more money on our public schools, a cause célèbre of the anti-reform left. Education Next found that Americans favored spending increases over decreases by a 44-to-9 percent or 60-to-7 percent margin, depending on the question. (Of course, when asked if taxes should increase to pay for higher spending—and how else would we pay for it—the margin shrinks dramatically to 26 to 18 percent.) And virtually every poll shows that Americans support more local control of education.

Voters overwhelmingly favor charter schools, a typical reform position. On the 2014 PDK poll, support for charters was between 63 and 70 percent, depending on wording. A PACE/USC Rossier poll showed 57 percent thought California should increase the number of charters. Education Next found strong support for other choice options, such as scholarship tax credits (60 percent favor, 26 percent oppose). And voters seem to be skeptical about the role of teachers’ unions, with PACE/USC Rossier finding that 49 percent of voters believed teachers’ unions have a negative impact on California education, versus 31 percent who believed the opposite.

Conclusion 2: Americans don’t pay attention to education or get involved.

If Americans’ views on education seem incoherent or contradictory, perhaps it’s because they aren’t paying attention. Take the Common Core. Despite having been adopted more than four years ago in nearly every state and covered with thousands of news articles per month for well over a year, vast swaths of the American public report not knowing about the standards. The Education Next poll showed 57 percent had never heard about the Common Core; NBC News pegged it at 47 percent. When you factor in folks who report only knowing a little about the standards, the proportion jumps to 67 percent in a University of Connecticut poll and more than 80 percent in the PACE/USC Rossier poll.

This lack of basic awareness carries over to numerous other policies. California recently revamped its educational funding plan, implementing a new Local Control Funding Formula (LCFF), the state’s most significant reform of education finance in a generation. Despite the policy having been passed several years ago, and despite requirements to involve the public in LCFF meetings, 76 percent of Californians reported having heard “nothing” or “not much” about the policy. Similarly, in 2013, 56–57 percent of voters had never heard of Race to the Top or waivers to No Child Left Behind.

The most obvious explanation for this basic lack of knowledge is that citizens don’t participate in education-related activities. PACE/USC Rossier found that less than 20 percent of voters attended school board meetings, joined a parent-teacher association, or volunteered in schools. And just 20 percent said they could definitely name a member of their school board. Voters appear to have little interest in education at the local level—even though 56 percent support greater local control.

Conclusion 3: Much of what Americans think they know about education policy is simply wrong.

Even when they claim to know something about education, alarming numbers of Americans believe things about education that are factually wrong. For instance, Education Next found that 69 percent of those who claimed to have heard about Common Core thought it meant that the federal government would collect detailed data on individual students’ test performance; another 51 percent thought that the federal government required states to use the standards. The UConn poll gave voters three options describing the Common Core, and voters selected the factually correct one at just above chance (37 percent).

Voters are also wrong about charter schools. PDK found that 57 percent of Americans think charters can charge tuition, and more than two-thirds think charters can choose students on the basis of their ability. Forty-five percent of California parents in the PACE/USC Rossier poll believed charters perform better than traditional publics (just 4 percent believed the opposite), despite that being untrue in the state. Voters are even off the mark on educational spending, consistently guessing figures that are much too low.

So, where does this all leave us? We know that voters demonstrate little knowledge of education and its major reform efforts. We also know that when they do claim to know something, they’re often factually incorrect. And yet advocates on all sides leap at the chance to construe single data points from individual polls as validating reform (or anti-reform) agendas. Clearly, none of this makes sense.

Usually, the best way to use public polls to make responsible, informed judgments about attitudes toward policies is to consider results from multiple polls, with different wording, conducted by different outfits. Yet, in the case of education, this might not work. The beliefs of the average voter probably aren’t a good guide for ed policy when a large proportion of the information underlying those beliefs is just plain wrong. Indeed, given the overwhelming evidence that American voters are uninformed and hold substantial misconceptions about numerous policies, incoherence may well be the defining characteristics of Americans’ attitudes toward our public schools. That is, it may not be that Americans’ views on education are all that nuanced after all; rather, they may reflect profound ignorance and misunderstanding of our education system and the policy efforts we have pursued over recent years.

Polls are a useful guide to what people know about education and the misconceptions they hold, and not much more. Politicians might use them to see which way the wind is blowing and how to frame issues in a way that resonates with the public. But policymakers might be advised to take poll results with a big grain of salt.

Topics:
Charter Schools
Standards
Accountability & Testing
Thank you for signing up!
Please check your email to confirm the subscription.