Want your kids to thrive in school? Call the pediatrician. 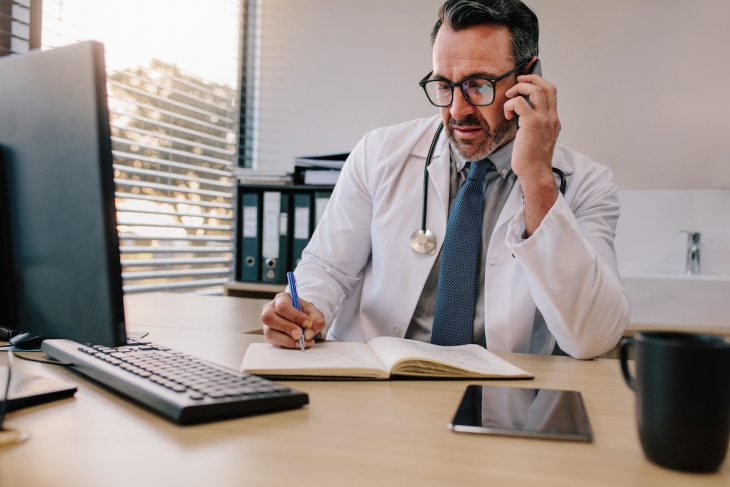 The pandemic has provided a stream of unsettling headlines reminding us that our kids are not OK. They have grappled with surges in loneliness, anxiety, and depression. They’ve been absent for unprecedented amounts of school. They are on screens nonstop. They have gained too much weight. The list goes on.

This year, policy leaders have focused on equipping schools to support students on the path to better well-being and academic health. In March 2021, Congress appropriated $200 billion in supplemental education funding for districts and states. The allocation for Los Angeles, as just one example, amounts to more than $11,000 of new money per student.

There are many reasons to think this is a good use of funding, and no one is going to complain about schools having too much money. There’s plenty to spend the money on, too, like improvements to ventilation, Covid-19 testing and PPE, staffing, transportation, extra academic supports for students, and more.

But what if there were another party that was even better positioned to address the full array of challenges children and adolescents face today? I’m talking about your child’s pediatrician.

It’s a surprising thought, right? Typically, we think of doctors as dealing only with issues that are strictly medical. But ample research suggests that pediatricians play a broader role in the lives of their patients and families. A 2016 national survey from Zero to Three found that, in terms of informing their parenting, respondents cited pediatricians and other medical sources as the second most often-used resource, trailing only the way their own parents raised them. (Teachers ranked tenth, which was lower than “Google searches.”)

There’s some logic to this. Parents view pediatricians as experts on child development in a holistic way, while they see schools as focused specifically on education. The same pediatrician could well see a child from infancy to adolescence. How often is that type of continuity present in schools? And guess who else is present for those pediatric visits? A parent, giving them a chance to develop their own relationship with the doctor.

By connecting pediatricians’ offices with information and tools to address families’ education-related concerns as well as their medical ones, we could create a seamless pathway of post-pandemic support for families.

We at EdNavigator, where I’m CEO, have seen firsthand what this kind of partnership could look like, through our work with a large non-profit pediatric practice in Boston. Care providers, who are uniquely skilled at identifying which kinds of supports would be most beneficial for each family, refer patients’ families to our Navigators for assistance with education issues. Doctors aren’t expected to answer questions about school enrollment or tutoring, but they can make a simple referral—just as they would to a dermatologist or an audiologist—to get parents the help they need. And because medical professionals hold such credibility with families, the parents—in this case, most of whom speak Spanish as their first language—overwhelmingly follow their advice and connect with our Navigators when their doctor suggests that they do so.

One of the most common reasons families are referred to EdNavigator by pediatricians is assistance with school enrollment. In Massachusetts, for example, infants and toddlers showing signs of developmental delays of any kind can receive free in-home support, known as Early Intervention (EI), until they turn three years old. After that, families are instructed to enroll in a local pre-kindergarten program and have their child evaluated for special needs. But making the leap from EI to school is a complicated process with many steps and piles of red tape. It’s often difficult for families to get assistance through the school system when they aren’t fully enrolled in it yet.

Pediatricians understand that EI services do not extend beyond age three and usually encourage parents to begin preparing in advance for pre-K registration, but there’s often not much more they can do to help. In our partnership, they’re able to connect families directly to Navigators, who will in turn take them right through the enrollment process. A family’s case isn’t considered closed until the child has transitioned successfully into pre-K.

Why not empower pediatricians with the resources to make referrals for other urgent challenges, whether that’s getting a child engaged in extracurriculars, getting academic support, or planning affordable and nutritious meals? Why not ensure that key educational data—such as test results—are shared with them so they can discuss them with parents in a safe space? A doctor is well-positioned to understand what’s going on for a child. With the right pipeline of resources, they could not only diagnose the problem, but also connect the family with just the right help.

Our children’s mental and physical health is closely intertwined with their educational success—now more than ever. If we want to see our children thrive despite the setbacks of the pandemic era, we need to focus on creating seamless pathways of support for families, who are truly their children’s best and primary advocates. Through educational and pediatric partnerships, we can center families’ needs and give them the pipeline of support they and their children deserve.

Timothy Daly is the Chief Executive Officer of EdNavigator.