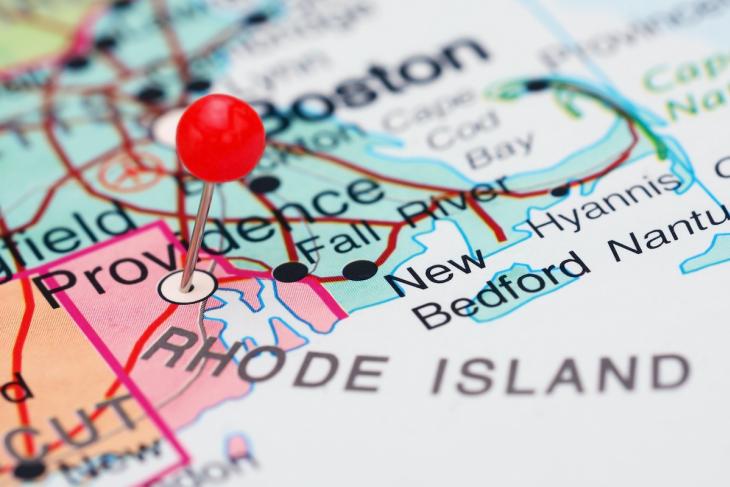 If you had asked me a few weeks ago if I’d be publicly lauding the teachers unions in my state of Rhode Island, I would have probably shot back with a quick “sure, when hell freezes over.” I am a former union member in two states (NEA) and have gone on the record repeatedly to say that I don’t think unions—at least in their current form—should be anywhere near public education. I still believe that.

But let me be the first to say that hell has not frozen over and the teachers unions in my state have stepped up in a major way in this time of crisis to help get our statewide distance learning efforts off the ground. Unlike the teachers unions in San Francisco and Los Angeles who have responded to COVID-19 with lists of impossible demands and efforts to ensure parents can’t access alternative options, Rhode Island’s teachers unions are part of an all-hands-on-deck effort to keep students learning and connected to their teachers.

It is no easy task.

Rhode Island’s commitment to distance learning during this pandemic is largely driven by seven simple words spoken by Governor Gina Raimondo during a March 13: “Some learning is better than no learning.” It is an easy philosophy to rally behind, aided by the fact that she and Education Commissioner Infante-Green have been brutally honest about how messy and hard this is going to be. In saying that we will do the best we can and get better as we go, they have successfully struck a tone of reasonable expectations focused on students rather than one of top down compliance.

Equity and access are the reasons—or excuses—being used in places like Seattle, New Mexico—to justify the refusal to even pursue distance learning or allow for new instruction. On the contrary, Providence Teachers Union president Maribeth Calabro, cites “equity for all learners” as the top priority in their tireless work over the past two weeks in getting distance learning up and running. She is not shy about admitting that the transition has been messy, exhausting, and far from glitch-free, but she is proud of the around-the-clock efforts she has seen from so many of her members in an effort to ensure that all students—including those with disabilities—will be set up to learn as best they can. It’s important to note that Providence, a capital city school system in the midst of a state takeover, is already getting high marks for its transition to remote learning.

The U.S. Department of Education has been crystal clear that schools should not be hiding behind compliance concerns as an excuse not to provide educational programming during closures due to coronavirus. Unfortunately, lots of districts are doing exactly that. They are allowing fear—and their attorneys—to drive their decisions rather than the simple truth that some learning is better than no learning.

A third grade teacher from northern Rhode Island says the thought of giving up is unfathomable to her. As far as she is concerned, school was ripped away from these kids without warning and they needed to get some version of school back up and running for continuity’s sake and to maintain a strong connection between teacher and student. She found that making read-aloud videos for her students helped during the transition because just seeing her face was reassuring for them. And she has never seen the union, district administration, teachers, and families all rowing in the same direction the way they have since school buildings closed due to COVID-19.

Asked about states and districts who have opted not to move forward with distance learning, she says she “does not understand how any state or school district could decide to leave students twisting in the wind instead of putting forth a good faith effort to continue teaching and learning.” She concedes it is hard and far from perfect but far better than doing nothing.

And her union agrees.