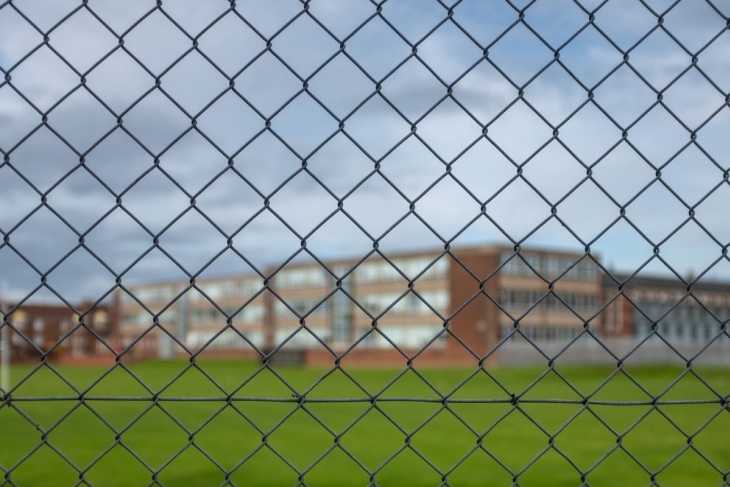 In-person instruction has been restored everywhere in the United States, and the nation’s schools once again find themselves dealing with the age-old battle of children against authority—although now it is frequently erupting into violence and threats against teachers.

Recent weeks have brought us stories of disturbing and vicious incidents that have school and union officials sounding the alarm.

Carmen Ward, president of the Alachua County Education Association in Florida, went to the school board with reports of forty-four attacks against district employees this school year.

“We have a discipline problem—not just in Alachua County. This is across the state. We have situations where schools are unsafe,” she told the board, adding that students are “maybe more violent than they ever have been.”

Florida isn’t alone. The American Psychological Association conducted a survey that found one of every three teachers had experienced verbal harassment or threats of violence from students since the beginning of the Covid-19 pandemic. Individual teacher responses were chilling.

“I have been physically assaulted multiple times by students in the building, and they know that not only is there no one to stop them, but there will be no consequences either. I ended up in the hospital the last time it happened,” one teacher recounted.

A student in Clark County, Nevada, was arrested for sexual assault and attempted murder of a teacher in her classroom. The district has seen 1,300 incidents this school year where arrests were made or citations issued. Police have confiscated twenty-eight guns on campus.

Teachers and their unions are demanding action, but the actions demanded vary widely in emphasis, degree, and harmony with past demands.

In Erie, Pennsylvania, a school shooting of one student by another led a labor relations specialist from the Pennsylvania State Education Association to pen a letter to the district superintendent, demanding, among other things, the following:

Unfortunately, it appears we are going around in circles on security issues two years after the George Floyd protests caused school districts across the country to reevaluate their use of police and security personnel. The National Education Association education justice group still highlights those local unions “supporting the movement for police-free schools.”

A senior research fellow at The Sentencing Project lamented at The 74 that no states are using federal emergency relief funds to reduce the presence of police inside schools.

With violent incidents getting more attention, we may be in the midst of yet another pendulum swing that began with school shootings in the 1990s, leading to the federal Cops in Schools program.

“Let’s give parents a little peace of mind that their kids are safe when they get on that school bus and head off to learn. Let’s give teachers a hand in maintaining order in their classrooms,” said then-Senator Joseph Biden in 2001 while calling for a multiyear appropriation for the program.

And so it goes. When there is violence in the schools, we demand more security. When security officers commit violence, we want to get rid of them.

Restorative justice methods have been offered as a means to square this circle. The best definition I have seen related to school settings is this one: “In sum, restorative justice helps a student to own what she/he did, make it right for those hurt or affected, and involve the community in helping both the victim and the offender. Restorative justice acknowledges that those who do wrong need healing as well.”

It certainly sounds superior to police beating on a kid. But things just aren’t that simple, as this recent case from New Haven, Connecticut, shows.

Paul Vercillo is a teacher who was arrested and put on leave after a surveillance video captured him apparently pushing a student into a locker. The student was belligerent and threatening, and it sounds on its face like a situation that physically got out of hand, but no one was hurt.

However, read Vercillo’s own side of the story, as told to the New Haven Independent. It should be noted that his version of the physical altercation is still under dispute, but his explanation of how he was expected to deal with the student should give us all pause.

“Being assertive doesn’t work,” Vercillo said. “You cannot win that battle. You can’t force them to do anything. The only thing you can do is ask and ask nicely.”

Vercillo had been trained in restorative justice. So when three students disrupted a lesson by throwing things and using their cell phones, he kept them after class.

“He had their four chairs arranged in a circle, a ‘restorative’ circle,” the Independent story explains. “Based on the restorative justice training, he said, he sought to​ ‘get them to understand what they did was wrong’ and ‘amend’ the behavior — with apologies, help with cleaning the room.”

The response of one student to this was, according to Vercillo, a flipped desk, shouted profanities, and threats of violence, resulting in Vercillo calling 911.

No one wants a cop around—unless you need one. Then you want one more than anything. If there’s a way to keep police out of schools without ceding school safety to that small handful of students who see an opportunity for mayhem, we haven’t found it yet.