The victims of unearned diplomas 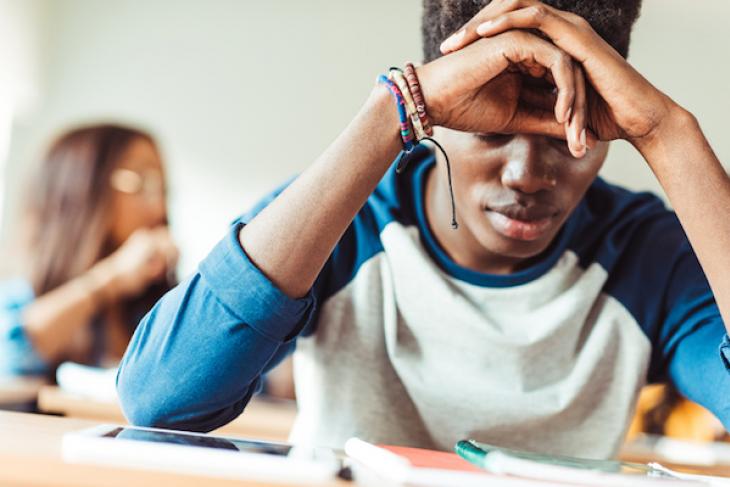 Upwards of 3.6 million high school seniors graduated this year, and most of them left twelfth grade with a reasonable complement of the knowledge and skills we expect of those taking their first steps into adulthood—be that college, career or technical training, military service, even a fruitful “gap year.” Most—but not all. Recent scandals in Washington, D.C., Maryland, and elsewhere have made clear that far too many young people are being shuttled through secondary school with little regard for whether they leave with the requisite skills.

Pressure to boost graduation rates plays a role—but so do complex motivations like empathy and fear for kids’ future well-being. It’s these latter impulses that lead folks to believe that easing expectations, at least for especially disadvantaged students, is a victimless act, maybe even a noble one. “These struggling students will be even worse off without diplomas!” such a person might declare. “So what if they missed some days of school? They made it this far, and we can’t mess with their futures. Let’s get them across the finish line.”

But step back a moment and you will see the harm. Awarding diplomas to students who miss weeks of school diminishes the credential’s meaning. And the excuses we have made for these near-passing students are built on slippery slopes: As we saw in D.C.’s Ballou High School and elsewhere, overlooking weeks of missed schools can easily turn into overlooking months. The Washington Post reported last week that the response of D.C. Public Schools to the scandal is to soften the official attendance policy so that more students can graduate, an example of “defining deviancy down.” In the end, the meaning of the diploma is lost.

This pervasive bar-lowering devastates opportunities for upward mobility. Poor and minority students already have a lot going against them. Many of the neighborhoods that feed Ballou, for example, have social and economic problems that make it hard to get on a college-ready track. And of course many students experience racism, too. But by letting almost anyone with a pulse graduate, schools like Ballou take away a key ladder out of these difficult circumstances.

For students who study diligently, turn in their work dutifully, and attend class regularly, letting others who missed half the year graduate might feel like a slap in the face. It’s like someone who scrimps and saves for years to build up a nest egg, only to have the government devalue the currency right before they retire. Employers might even question the qualifications of 4.0 students at schools like this, mindful that if one can graduate from them without even showing up, who knows how little it may take to get an A. In the end, the hard-working students at struggling schools might feel like chumps, and future classes may decide that serious academic effort isn’t worth the trouble.

The problem, of course, is much larger than just a few schools. Ironically, in the name of “equity,” the federal government has pressured states to raise graduation rates for at least a decade; states have in turn pressured school districts to do the same. District leaders push on principals, and principals on teachers. It’s not really a surprise that graduation rates are at a record high of 84 percent, up nearly 10 percentage points in ten years.

Raising graduation rates might sound like a good thing, but we aren’t holding those who oversee this diploma boom accountable for ensuring that those capped-and-gowned students actually deserved to graduate because they completed their courses and learned what they should. Pressuring schools to raise graduation rates is no different than forcing them to give students straight-As: Such a policy wouldn’t magically create a class of brilliant students; it would just make it much harder for others to tell who has achieved and who hasn’t. So long as students must meet external standards to graduate, encouraging schools to raise graduation rates can make sense. It puts students and their teachers on the same team, in shared combat with the external examiners. Yet that’s not happening. A minority of states requires high school exit exams or any other external validation of student learning. And in the backlash against the supposed evils of testing, some jurisdictions have recently dropped their external requirements for students.

The problem extends to course grades, too. Although some recent studies have shown that grade inflation has occurred more in affluent schools than in high-poverty schools, affluent students are harmed less by it because they often have many paths to success besides good grades. Rounding a B up to an A or a C to a B feels nice in the moment—“this student’s already done with my class, and they’ll be more likely to get into college with a better grade,” one might rationalize—but if colleges and employers can’t distinguish among students’ academic performance, they are more likely to fall back on personal connections, family ties, school reputation, and outright prejudice to make their decisions. This hits people from disadvantaged backgrounds hardest of all.

That’s why minority youngsters accrue greater premiums from academic signals of high achievement than whites, as other recent research has shown. To succeed in a country where the deck is often stacked against them, African Americans and other minorities get a special boost from academic signaling. Of course, we must work to eliminate prejudice in America, but educational institutions have a special responsibility to make these signals—whether grades or credentials—count for something.

Some well-meaning people argue that we must “consider the issue more widely,” and that, because many youngsters in schools like Ballou have grown up in concentrated poverty, we should be wary of criticizing the lowering of their academic bar. Besides exemplifying the “soft bigotry of low expectations,” however, and potentially encouraging students to accrue debt for college degrees they are unprepared to complete, lowering the bar for students who face additional challenges cheapens the success of classmates who make it past these challenges and still succeed. Worse, it demeans and cheapens every award of the once respectable high school diploma.