Two changes to the Department of Education's ESSA implementation rule 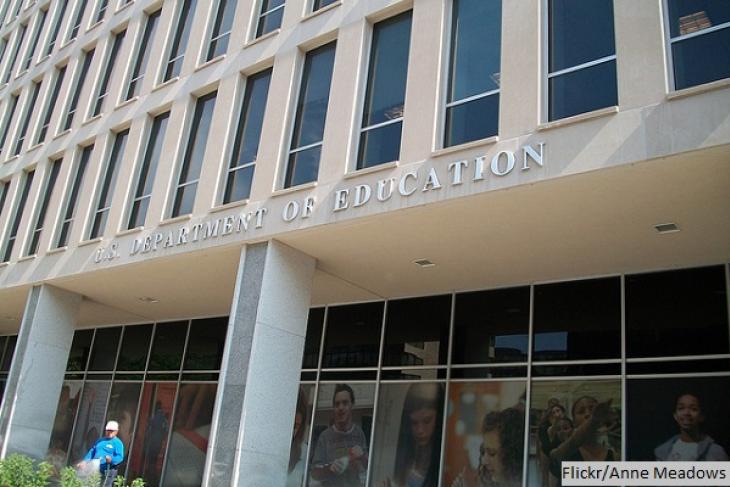 Editor's note: This post reproduces a letter sent to Secretary of Education John King on July 29.

I am writing to suggest two very specific changes to the proposed rule that your department published on May 31, 2016, regarding the implementation of the Every Student Succeeds Act (ESSA), and its provisions for school-level accountability.

These two tweaks will maintain the law’s strong focus on results while allowing states to develop accountability systems that are maximally fair and useful to educators, parents, and the public.

Recommendation #1: Make states report proficiency rates, but don’t require their use for the “academic achievement” indicator.

As Morgan Polikoff and dozens of scholars and policy analysts explained in a letter submitted to your department on July 22, proficiency rates are extremely poor measures of school quality. Other approaches—such as proficiency indices or scale scores—would meet ESSA’s mandate for measuring proficiency without encouraging schools to focus narrowly on students performing near the proficiency line.

I signed Dr. Polikoff’s letter, so I won’t repeat the arguments made there. But let me add a few more points:

So why even report students’ achievement against a “proficiency” bar? As Charles Barone of Democrats for Education Reform wondered, “If percent proficient, or something like proficiency that focuses on meeting a particular standard rather than merely making progress anywhere on the continuum between abject failure and absolute superiority, is not the ultimate goal, what was the point of the past decade’s mantra of ‘college and career readiness?’”

The point is to give students and their parents and teachers an honest read about whether they are on track for success in college or career. Especially in an age of rampant grade inflation within schools, kids and their families need to have a reliable external barometer of their performance in reading, writing, and math. That’s what “score reports,” pegged to high standards and tough tests, can provide. But if the standards or tests are watered down, we’ll be back to giving kids an inflated and misleading sense of how they are doing.

So yes, we should report proficiency rates, and we should tell kids and their parents whether they are on track for college and career. But when it comes to evaluating schools, we should follow the advice of the measurement experts and avoid putting too much weight on proficiency rates. Indeed, we should applaud states that encourage schools to help all of their students make progress—especially high-achieving low-income students, who are ready to go above and beyond the “proficiency” line.

Recommendation #2: Ask states to link their “other indicators of student success or school quality” to improved graduation, college completion, employment, civic engagement, and/or military readiness rates, as alternatives to achievement

This one is a very simple fix. The department’s proposed rule tries to set some guardrails around the “other indicators” allowed under ESSA—namely, that states provide evidence of a link between the indicators and “increased student achievement.” It’s fine to set some reasonable limits such that states are discouraged from proposing measures that have zero connection to student success or school quality.

However, the word “achievement” is inappropriate here, since it could be interpreted as meaning “achievement on standardized tests.” It seems clear that Congress intended for these indicators to serve as alternatives to test scores. Furthermore, there are important and telling gauges of “student success” or “school quality” that have no relationship to achievement on reading and math tests. For example, states might want to encourage high schools to focus more on their civic mission of preparing students to be citizens in a democracy. To that end, they might want to measure the percentage of students involved in community service, or the proportion of recent graduates who vote. Those measures may not be related to “achievement” as conventionally defined, but they are related to other positive student outcomes.

Thus, I recommend that the final rule ask states to provide evidence that their proposed indicators are related to “improved achievement, graduation, college completion, employment, civic engagement, and/or military readiness” rather than “increased student achievement” alone.

The department’s proposed rules on ESSA accountability do a good job, on the whole, of reflecting Congress’s intent: to provide greater flexibility to the states while maintaining the historic federal role in protecting the nation’s most vulnerable students. The two changes proposed above will allow states to go even further to create robust accountability systems while avoiding some of the perverse incentives of the NCLB era. Thank you for your consideration.