Time for a new non-district charter authorizer in D.C. 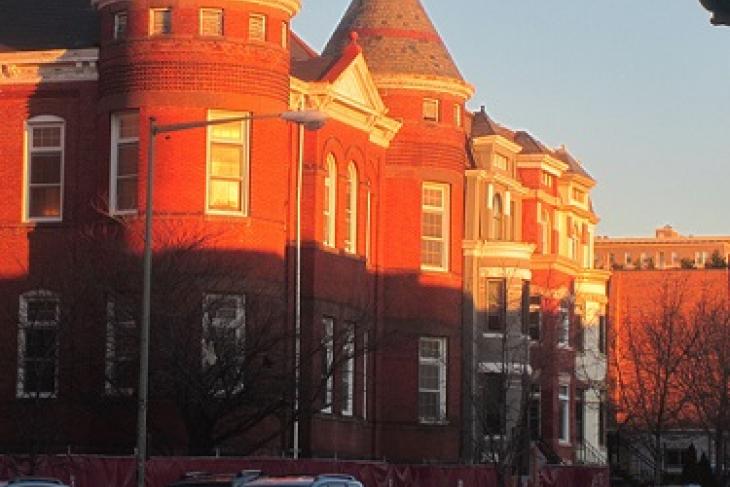 D.C.’s charter school sector stands as a shining example of what urban chartering can accomplish for kids in need.

It has outstanding results and serves a student population that mirrors the District’s. Just as importantly, it refutes the simplistic narrative that a New Orleans-style system is only possible through a natural disaster. The D.C. charter sector has grown methodically for almost two decades, now serving nearly half the city’s public school students.

It is demonstrating that the district can be replaced in a gradual, deliberate fashion.

In a Washington Post op-ed and Education Next article, the board’s executive director and chair explain that they don’t want high-quality charters to become the system or even to predominate. They want “balance” with the district.

Their justification reflects an unwarranted deference to the status quo, a surprising dearth of vision in tackling emergent challenges, and a lack of appreciation for the half-century failure of America’s urban districts.

They say DCPS is “strong and successful.” But according to 2013 NAEP TUDA, it still has the lowest eighth-grade reading scores of every participating city. 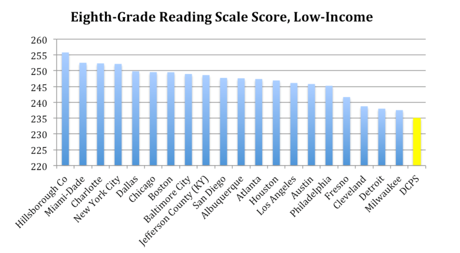 They say DCPS is progressing. It is. But despite mayoral control, a reform-friendly union contract, a leading educator evaluation system, and amazing talent in schools and the central office, charter kids acquire about one hundred more days of learning annually. As Neerav Kingsland wrote, “We have witnessed what the best of district reform can give us. And…charters can give us better.”

They point to DCPS’s enrollment growth as evidence of the district’s success. But the city’s population started growing two years before Michelle Rhee even arrived in D.C.

They see a “virtuous cycle” of district improvement. But after fifty years of effort, the best urban districts—even those with dedicated, top-notch people like DCPS—are still appallingly low-performing and are making negligible gains. 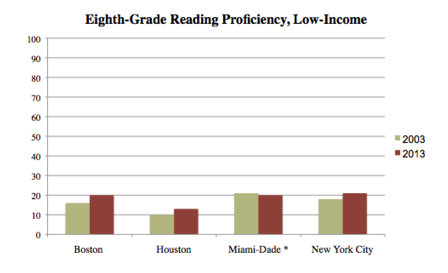 They note DCPS is under mayoral control. But as New York shows, with one unfortunate election, a decade of reform can be undermined.

They say DCPS has had consecutive excellent leaders. It has. I admire Rhee’s vision and force of will, and I revere Kaya Henderson. But reform-minded superintendents Klein, Brizard, Fuller, Bersin, and countless others across the nation were followed by leaders who backslid fast.

They say an all-charter city would require all charters to backfill and serve as neighborhood schools. Untrue: Backfilling and residential assignments could be limited to a subset of schools.

They say creeping regulation threatens charter autonomy. It does. But if school-level flexibility is essential, we should stoutly defend it for all schools—whether charters educate 10, 50, or 100 percent of students. In fact, if chartering were the dominant system, it would have more leverage in these debates, not less.

Though I’m thoroughly disappointed by PCSB’s position, the board deserves credit for helping produce a terrific charter sector. But its new vision should not become the city’s vision. Too many kids are still assigned to too many persistently underperforming district-run schools. For too long, too many vaunted district reform efforts have produced too little. And D.C.’s charter sector has too much potential.

PCSB can’t and shouldn’t be forced to have greater aspirations. Fortunately, there’s another option.

Under current law, the city can create a second non-district authorizer. It should do exactly that.

Sadly, PCSB’s position has closed an exhilarating chapter of reform. But D.C. can start writing a new one. It can create a great new non-district authorizer, and maybe even a cross-sector chancellor or a Hill-Jochim board to help organize the system. I’d be happy to contribute to any of these conversations in whatever way the city deems best.

But we should all be unwilling to contribute to the pausing of D.C. chartering—among the most encouraging urban K–12 reforms of the last several decades—because PCSB’s leadership is comfortable with things as they are.

* Andy’s Bellwether colleague, Sara Mead, is a member of the PCSB. These views are his.