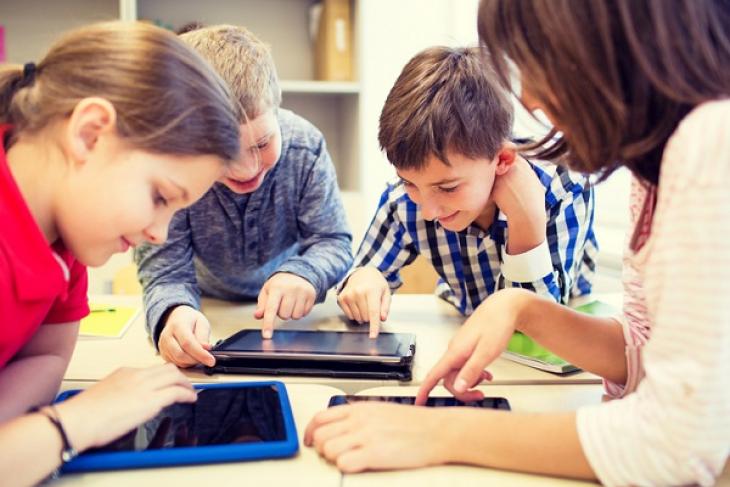 Learning and innovation go hand in hand. The arrogance of success is to think that what you did yesterday will be sufficient for tomorrow.

Which forces and trends will drive the next twenty years of K–12 education innovation? We’re asking this question at NewSchools Venture Fund as we celebrate our twentieth anniversary this year.

In this spirit, here are three big, important questions for 2018, the answers to which have implications not only for the coming year, but for the next decade and beyond.

Is education technology poised for a new wave of innovation?

Several years ago, I often frustrated ed tech entrepreneurs and investors by pointing out that the last thing teachers wanted was another online gradebook. I’d say, “We already have a bunch of those.” Nonetheless, it was the most frequent pitch I heard from 2009–2011.

Fortunately, this imitative drought gave way to a flood of innovation. Investment in K–12 ed tech increased fourfold from 2010 to 2015. The sheer volume of instructional content and tools produced during this period resulted in many high-quality digital offerings in segments such as math, classroom management, and school communications.

But over the last couple of years, it’s felt like we’re in a trough again as the volume and variety of early-stage companies slowed significantly. Investments in K–12 ed tech dropped by 40 percent in 2016.

But there are early indications that emerging technologies such as artificial intelligence, augmented and virtual reality, and machine learning are creating fresh possibilities to deepen and accelerate student learning.

What might help push this wave along? Two things:

A few funders have been exploring the possibility of such a hub or fund, and 2018 would be a great time to make it happen.

An increased focus on social-emotional learning opened an innovation window over the last few years. Has it closed already?

A broad coalition of educators and policymakers now agree it’s too narrow to rely on test scores as the sole indicator of student success. A strong academic foundation is important, but students need additional mindsets, habits, and skills to be successful in the long run. The new federal education law (ESSA) allows for an expanded set of indicators for school performance, including social-emotional learning (SEL).

Organizations such as CASEL have been working in this area for years, but the field lacks consensus on which SEL skills are most important, how to support teachers in creating learning environments that foster them, and how to measure their development. The risk in this ambiguity is that like so many other promising ideas, today’s trend could become tomorrow’s fad.

It’s time to coalesce around a manageable number of SEL skills that are meaningful, malleable, and measurable. This will make it easier to mobilize resources and expertise to advance the state of the art in SEL assessments, tools and practices, test them responsibly, and spread the most effective ones widely.

Will our renewed focus on career and technical education stimulate smart investments in ways to better prepare all young people for the future of work?

In June 2017, the U.S. House of Representatives overwhelming reauthorized the Perkins Act, creating updates to funding rules for career and technical education (CTE). The bill is stalled in the Senate. This legislation is the largest federal funding program for high schools. If passed, it could help accelerate efforts to prepare more students for good paying jobs that don’t require a four-year degree. In a separate effort, ten states are participating in the New Skills for Youth project, working to connect their CTE systems to jobs available in their states.

However, the real innovation challenge is how to prepare today’s students for tomorrow’s economy, not just the jobs available now. With nearly 40 percent of U.S. jobs likely to undergo massive shifts due to automation by 2030, we need to begin designing education and workforce development opportunities now that reduce the probability of economic displacement later. Today’s kindergartners are the graduating class of 2030, so while the challenge might seem far off, it is actually quite urgent.

Now is the time to rethink CTE in service of preparing all students for where the economy is headed. This kind of shift is difficult for government agencies to do at scale. This is where education entrepreneurs can make a huge contribution, helping schools, nonprofits and businesses try out new partnerships, designs, and funding mechanisms. Doubling down on approaches that show early promise and jettisoning ones that do not create proof points that can be adopted more broadly as states revise their CTE systems to keep up with the changing nature of work and opportunity.

Every young person in America deserves to finish high school prepared and inspired to create and live a good life, full of opportunity, choices, connection and meaning. As the answers to these three questions take shape in the coming year, I hope they bring us closer to realizing this aspiration.

This post was originally published in a slightly different form on forbes.com.