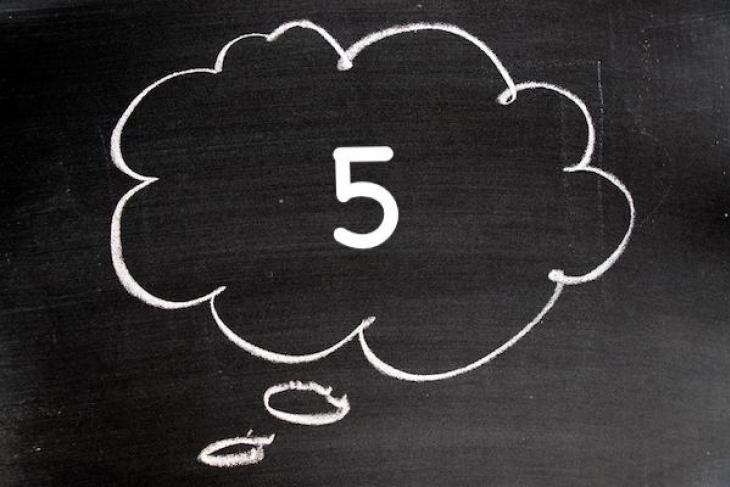 Almost exactly a year ago I wrote a piece in this space arguing that education reformers had “overplayed our hand, overstated our expertise, and outspent our moral authority by a considerable margin” as the movement morphed from idealism to policymaking over the past two decades. The way to get back on track, I suggested, is to refocus ed reform’s considerable energies on improving classroom practice, rather than continue to make the blithe assumption that schools and districts need only to be properly incentivized or kicked in the britches in order to do right by kids.

So it’s gratifying to see my colleague Mike Petrilli take this idea and run with it in a series of blog posts heralding the “Golden Age of Educational Practice.” The encouraging notes he’s received from state and district-level officials suggests this is a rich vein of ore to be mined. But I’d like to suggest tapping the brakes before rushing headlong into Ed Reform 2.0, to ensure we don’t make the same mistakes that have dulled ed reform’s impact and undermined its credibility—particularly among frontline teachers and administrators, who are invariably tasked with bringing our grand plans to fruition in classrooms.

I obviously agree with Mike that evidence based practices could make a significant difference in improving student outcomes. But there’s a danger that lurks in the hearts of accountability hawks that is not content with merely identifying effective practices, but wants to mandate them.

I was going to suggest trying "educational malpractice" laws--teach little kids how to read using evidence based practices OR GET SUED--but @rpondiscio poo-pooed the idea...

I didn’t “poo-poo” this malpractice scheme when Mike raised it in an early draft of one of his recent essays. I begged him to drop it. Bluntly, it doubles down on the worst ed reform impulse, shifting from "Schools and teachers know what to do. If they fail, shut ‘em down" (c. 2002), to "It's their job to figure out what to do. If they don't we'll sue ‘em!” (c. 2019) Mike backed off this idea briefly, then suggested instead that we sue deans of ed schools if they fail to teach evidence-based practices. To an accountability hammer, everything is a nail.

Shifting ed reform’s focus to improving practice is an acknowledgment that underperformance is not a failure of will, but a lack of capacity. It’s a talent-development and human capital-strategy, not an accountability play. Forcing changes in behavior, whether through lawmaking or lawsuit, may win compliance, but it doesn’t advance understanding and sophistication. Teachers need to understand the “why” behind evidence based practice to implement it well and effectively. To that end, let me suggest a few ideas that might shape how to think about classroom practice and education research, and a role for policymakers—not a leading role, but a supporting one. Taken together these might not bring about Mike’s devoutly wished, “Golden Age of Educational Practice.” But they might keep it from blowing up on the launch pad.

Education research lacks the precision to dictate classroom practice. “What works?” is the wrong question. “The right question is ‘Under what conditions does this work?’” observes Dylan Wiliam. He also notes that education research suffers from “physics envy”—a wish common among social scientists (and policymakers) for the mathematical precision and certainty of “hard science.” Dan Willingham points out an even more critical difference: Physics and other hard sciences “strive to describe the world as it is, and so strive to be value-neutral,” he notes. “Education is an applied science; it is in the business of changing the world, making it more like it ought to be. As such, education is inevitably saturated with values.”

A good example the values-laden nature of education research and its application is the new RAND study that found “restorative justice” lowered suspension rates and closed racial disparities in suspension rates, while improving teachers’ perception of school their schools’ environments. However it lowered students’ perception of classroom management and their peers respect for one another. It also had significant downside for test scores, particularly for black students. Let’s assume subsequent studies replicate these findings (never a certainty—another confounding problem for policymakers). So does it “work?” If you’re a devout accountability hawk for whom many things are important, but none more than test scores, you’re likely to say “No.” Parents’ views matter too; they might not support a practice that makes their kids feel less safe in school. But others may argue vehemently that there is no greater priority that breaking the “school-to-prison pipeline” by reducing suspensions and keeping kids persisting in school. A debate about trade-offs and opportunity costs is very different than arguing whether something “works.” Those discussions will and should vary greatly depending on local context. As Willingham notes, the value of quality research is its predictive power. It tells you what’s likely to happen if you pull a lever. It’s silent on whether it’s a good idea, or if the trade-offs are worth it.

A modest start to improving instructional sophistication is identifying common myths about education and stopping them. A good example of this is “learning styles,” the theory that students have an optimal way of taking in new information, and that instruction is most effective when teachers know each student’s learning style and adapt their instruction to account for it. The evidence base for learning styles isn’t just thin, it’s been as thoroughly debunked as phrenology and astrology. Yet according to some studies, over 90 percent of teachers still believe it. Like a slasher-movie villain, science keeps killing learning styles, but it won’t stay dead. Other common “neuromyths” that need to go: the idea that we use only 10 percent of our brains, and that children tend to be either left-brained (rational) or right-brained (creative). Indulging pseudoscience is not a good look for a field that wants to be taken seriously as a profession.

4. Learn the lessons of cognitive science

Some myths are benign, others have upended schooling entirely. The unquestioned belief in “twenty-first-century skills” holds that it’s more important for kids to learn, practice, and master critical thinking, problem solving, cooperation, and creativity than to study any particular body of knowledge. But cognitive science tells us those cognitive “skills” are not directly teachable or transferable like, say, riding a bike. They are largely “domain specific.” To think critically about topics in science or history, for example, requires knowing a lot about those topics. You can’t train kids to be all-purpose critical thinkers and polymath problem solvers. The same is true of reading comprehension skills and strategies. “Good readers can find the main idea of a text when they know how to decode the words on the page in front of them, and when they have the content knowledge to understand the text they are reading,” notes an exceptional new paper written by David Steiner of Johns Hopkins Institute for Education Policy, and Learning First’s Jacqueline Magee. If teachers don’t understand this—if teacher prep programs don’t emphasize—the inevitable result is “well-meaning but ultimately poor practice…wasting countless hours of instructional time.”

If there’s a policy play here, it’s not “identify best practices and make them mandatory.” It’s stop functionally demanding bad practice through poorly conceived testing and accountability measures. The best example is reading tests. Smart accountability policy should incentivize the steady, patient investment in content knowledge across the curriculum. That’s where growth in language proficiency and vocabulary come from. But the expectation that schools should put points on the board immediately functionally demands that teachers turn reading instruction into dull and tedious skills-and-strategies sessions in finding the main idea and making inferences. “Language comprehension is a slow-growing plant. Even with a coherent curriculum, the buildup of knowledge and vocabulary is a gradual, multiyear process that occurs at an almost imperceptible rate,” E.D. Hirsch, Jr. has observed. “The results show up later.” Almost nothing in the test-driven education policy we’ve enshrined over the last thirty years accounts for this.

The last point might be the most important, at least for policymakers and others in a position of authority over schools. Accountability isn’t going away, nor should it in a system that runs on public funds. But it won’t do for pundits and policymakers to natter on about evidence-based practice while ignoring the instructional signals our policies send to teachers. Let’s fix that first.