Teachers get real about discipline reform 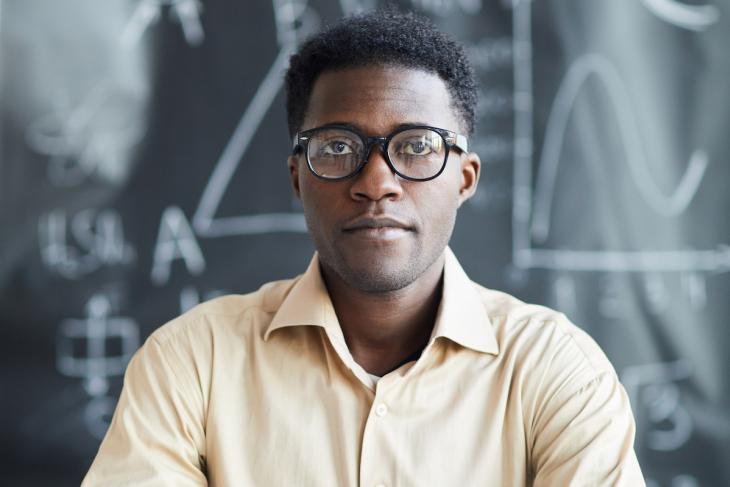 Last December, a headline in Chalkbeat announced the end of a contentious two-year debate among school discipline reformers and other ed-policy aficionados: “It’s official: DeVos has axed Obama discipline guidelines meant to reduce suspensions of students of color.”

The voided guidance, as you probably recall, warned that districts with significant racial disparities in their student discipline rates could be subject to a federal review to determine whether they had violated civil rights laws. In rescinding it, Trump administration officials made clear that they would continue to investigate all complaints of discrimination but explained that racial disparities in discipline rates would not in and of themselves be grounds for federal investigation.

Although Secretary of Education Betsy DeVos has made some missteps, we believe that she and her team got this one right, in part because of how other large-scale reforms have played out in the eras of No Child Left Behind and Race to the Top (think teacher evaluation). Federal policymakers issue a new mandate with the goal of improving schools, especially for poor kids and students of color, but by the time it migrates from the capital to the statehouse and from there to local school boards, to central offices, to principals, to other administrators, and (finally) to teachers in an elaborate game of telephone, much has changed—and almost never for the better.

We worried that something like this was happening with school discipline. Reformers’ goal was to prod schools toward alternatives to suspensions and expulsions by improving school climate, fostering more engaging teaching, adopting restorative practices, and the like. But we surmised that on the ground (in real schools) teachers would simply be told that students couldn’t be disciplined like they used to be—and that they’d be on their own when it came to dealing with the consequences.

It’s abundantly clear that similar concerns are not shared by the many presidential candidates battling it out for the Democratic nomination, some of whom insist that the administration’s action on school discipline was an abdication of federal responsibility to uphold students’ civil rights. To wit, eight candidates who held Congressional seats at the time signed a letter appealing to Secretary DeVos not to rescind the guidance, including Bernie Sanders, Amy Klobuchar, Elizabeth Warren, Kamala Harris, Cory Booker, Kristen Gillibrand, Michael Bennett, and Tim Ryan.

So we know what prominent Democratic politicians think. But what about those closest to the action, the classroom teachers who see the consequences of indiscipline in their classrooms and school corridors and who have the most firsthand experience with the attempted solutions?

Our newest study, Discipline Reform through the Eyes of Teachers, sought their input. Specifically, it asked a nationally representative sample of over 1,200 white and African American teachers in grade 3–12 classrooms how they see school discipline playing out. To our knowledge, it is the first nationally representative survey on school discipline to be published in fifteen years, as well as the first time that analysts have included a specific focus on the views of African American teachers and teachers in high-poverty schools.

To conduct the study, we joined the survey experts at RAND, who used their American Teacher Panel to draw the sample and administer the survey. Fordham’s uber-talented senior research and policy associate David Griffith co-developed the survey instrument (with other Fordham staff and the FDR Group) and served as lead author, with associate director of research Adam Tyner lending expert assistance with data analysis.

The survey (which was fielded in the fall of 2018) asked teachers a wide range of questions about how discipline policy is carried out in their schools; their views on the impact of school suspensions (both in school and out of school); their opinion of newer disciplinary approaches such as positive behavioral interventions and supports and restorative justice; and what they think their schools should be doing differently, if anything, to improve student behavior.

But in a nutshell, the authors found the following: Compared to their peers in low-poverty schools, teachers in high-poverty schools report higher rates of disciplinary incidents, such as verbal disrespect and physical fighting. In general, teachers say that disciplinary protocols are inconsistently observed and that the recent decline in suspensions is at least partly explained by higher tolerance for misbehavior or increased underreporting. Although they see value in new approaches to combating student misbehavior, most teachers also say that suspensions are appropriate in some circumstances—and that some chronically disruptive students shouldn’t be in their classrooms at all. Finally, many black teachers say that “exclusionary discipline” should be used more often—despite the likely costs for students who misbehave and their belief that disciplinary consequences are racially biased.

That’s a lot to chew on, and the full study brims with even more details that are worthy of your attention. But for now, allow us to make just three observations:

Teachers can find virtue in almost any disciplinary approach, provided it is implemented consistently and fairly. However, in practice, most teachers say that discipline is inconsistent, that they are putting up with more misbehavior than they used to, that administrators underreport serious incidents, and that the majority of students suffer at the hands of "a few persistent troublemakers."

Almost every discipline problem that low poverty schools deal with is magnified in high-poverty schools. Yet, despite considerable disagreement when it comes to the prevalence of racial bias, black and white teachers in these schools tend to view discipline similarly—and most of them aren't very happy about what they are seeing.

Second, teachers have strong opinions—which are worth heeding—about how misbehavior should be managed.

Even a quick glance at the results shows that teachers have fervent views on school discipline. We don’t see many “I don’t knows” in their survey responses. Moreover, in addition to answering the multiple- choice questions that comprised the bulk of the survey, roughly 10 percent of respondents also opted to complete a voluntary, open-ended question at the end, wherein they expressed their hopes, frustrations, and convictions relative to managing student behavior.

It’s as though they felt they hadn’t been heard. So now that they have been, we hope that their sage advice, as synthesized by Griffith and Tyner, will be heeded.

In a nutshell, that means giving teachers and their principals more discretion when it comes to suspending students, while improving the environments to which disruptive children are removed so the root causes of their misbehavior can be addressed. In practice, that may mean hiring more mental health professionals, social workers, or other qualified adults to enrich such environments, rather than using scarce public resources to train teachers in largely unproven disciplinary “alternatives.”

Finally, our results make plain the dangers of including suspension rates in accountability systems.

Our findings serve as a stern caution against states using suspension rates to hold schools accountable. In our view, policymakers should resist the urge to use suspension data to tag schools as troubled, as that incentivizes them to misreport serious incidents and/or issue across-the-board bans or limits on suspensions, all of which will do more harm than good.

Currently, according to the Learning Policy Institute, three states (California, Rhode Island, and West Virginia) use suspension rates to help identify schools that are in need of improvement, and six (Alabama, Arizona, Arkansas, Kansas, Minnesota, and Washington) use suspensions to help gauge the success of the success of school improvement plans. These states in particular should listen to what the teachers are saying and heed their concerns.

In the end, it’s not just presidential aspirants who need to wise up if they want to align with classroom teachers on this topic. It's also state and local policymakers. Instead of reducing the complexity that is school discipline to a sound bite about “ending the school-to-prison pipeline,” how about putting an end to the oversimplification, political correctness, and naivete surrounding this issue? That would be a swell start and one that would do a lot of kids a lot of good.