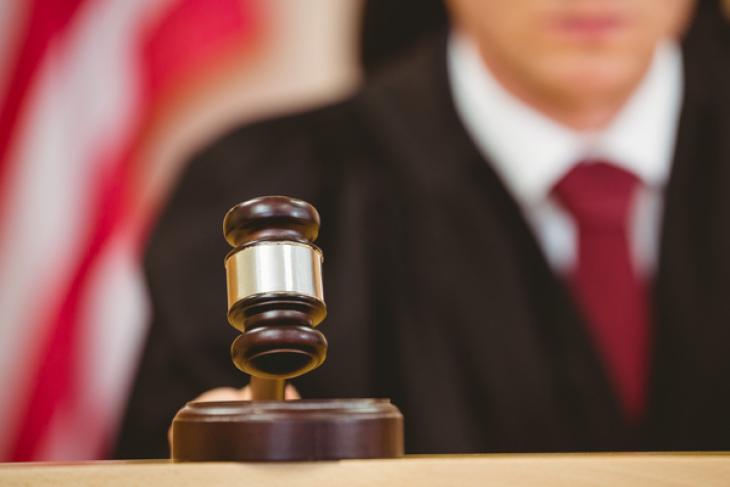 Many of us who view ourselves as civic-education advocates spend lots of time writing earnest op-eds and columns, attending conferences, and speaking on panels to remind our fellow citizens that the founding purpose of public education in America was not to advance the private end of college and career preparation, but the public purpose of ensuring that the nation’s children would be able to participate fully and knowledgeably in civic life as adults. Collectively, we have spilled gallons of ink urging states, school districts, and teachers to return public education to its roots.

Well, to hell with all that jawboning, says Michael Rebell, in effect. He’s going to force the issue by making a federal case out of it. Literally.

An attorney and Columbia professor, Rebell has been quietly working with a group of law school students to prepare a federal lawsuit to be filed next month, arguing that our public schools are not adequately preparing children for citizenship. His ultimate goal is to prod the U.S. Supreme Court to recognize a constitutional right to an adequate education nationwide, despite the fact that the word “education” appears nowhere in the U.S. Constitution.

Before you write this off as a quixotic quest or mere law school exercise, know that Rebell isn’t just some lawyer, or even some professor. In 1993, he led the landmark Campaign for Fiscal Equity lawsuit against the State of New York and won, claiming that New York City schools were underfunded. If the state didn’t provide them with a certain minimum level of funding, the suit contended, it was functionally denying students their right, guaranteed in New York’s state constitution, to a “sound, basic education.” After a series of higher court challenges lasting well over a decade, the Empire State’s Court of Appeals affirmed that right in 2006—and the legislature subsequently approved billions of dollars in additional state aid, billions that continue to gush from Albany.

The argument that Rebell plans to advance in his civic education lawsuit is rooted in a 1973 Supreme Court decision in Rodriguez v. San Antonio, in which the plaintiffs argued that Texas violated the Fourteenth Amendment’s Equal Protection Clause by failing to distribute funding equally among the state’s school districts. To the great disappointment of the plaintiffs and their attorneys, Justice Lewis Powell, writing for a 5-4 majority, held that school financing based on local property taxes was not unconstitutional, as there is no fundamental right to an education in the Constitution. Further, Powell wrote, “the Equal Protection Clause does not require absolute equality or precisely equal advantages.”

However, Justice Thurgood Marshall wrote a stinging dissent, noting that “the fundamental importance of education is amply indicated by the prior decisions of this Court, by the unique status accorded public education by our society, and by the close relationship between education and some of our most basic constitutional values.” As Rebell now explains it, “The Fifteenth Amendment says every citizen has a right to vote. The First Amendment says every citizen has a right to free expression and to participate in political affairs. But you can't exercise those fundamental constitutional rights unless you have some basic education. That was Marshall’s point.” Justice Powell, Rebell insists, was “troubled” by Marshall’s dissent, though that was beside the point: The Rodriguez plaintiffs had argued they were getting less money than other districts; they didn't make the case that Marshall made, namely that students were not getting enough education to be capable citizens. In Rebell’s reasoning, which he detailed at length in a book published earlier this year titled Flunking Democracy: Schools, Courts and Civic Participation, the Supreme Court left the door open to raise the kind of “adequacy” argument implied in Marshall’s Rodriguez dissent, which is the same argument that Rebell made explicitly—and successfully—in the Campaign for Fiscal Equity case. In his view, the door that Marshall cracked open has remained open for forty-five years.

Ted McConnell, executive director of the Campaign for the Civic Mission of Schools, notes that there are seventeen states where a reasonable person could find language in their state constitution that either promises or can be interpreted to promise “an education sufficient to ensure the maintenance of democracy.” McConnell says that means there’s “a rich field of opportunity in terms of the adequacy of civic learning.” But Rebell isn’t resting his argument on state constitutions. “We'll be bringing this case in a federal court and relying solely on the U.S. Constitution,” he tells me. “There have been equity and adequacy litigations in forty-seven of the fifty states,” he says, with plaintiffs prevailing in about 60 percent of them.

For now, Rebell will not say where he plans to file this suit, only that it won’t be New York, where he won the Campaign for Fiscal Equity suit, or Michigan, where earlier this summer a federal district court dismissed a class-action lawsuit filed on behalf of students in Detroit, ruling that “access to literacy” is not a fundamental right. That decision would seem to suggest that a similar civic education lawsuit faces an even steeper challenge: If a federal court won’t recognize a school’s obligation to provide basic literacy, surely there’s little hope that a school can be held accountable to the U.S. Constitution for preparing children for citizenship. Yet Rebell argues that the Michigan case was narrowly argued and narrowly decided and says it will ultimately prove helpful, not hurtful, to his case.

If he succeeds in getting his case all the way to the Supreme Court, Rebell will face an even more obvious hurdle. The nomination of Brett Kavanaugh to the Court and his widely anticipated confirmation all but assures a strong Constitutionalist bent to the Court for years to come, and one that seems unlikely to take an expansive view of education as a fundamental right. This would seem to make Rebell’s suit the longest of long shots, but he is undeterred. Justices, he notes, are historically sensitive to civic education, citing in particular the post-retirement work on this exact issue by Justice Sandra Day O’Connor, a Reagan appointee. “I know Gorsuch speaks to high school kids all the time about the rule of law and all these things,” Rebell says, “so I don't rule out any of these judges, whatever their background, giving this serious consideration.” At the very least, however Quixote-like this quest may sound, Michael Rebell’s lance has damaged more than one legal windmill and could well do so again.