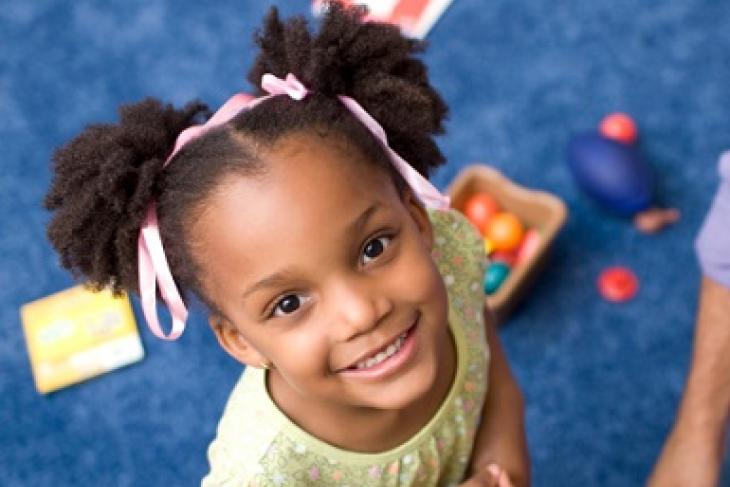 The Fordham Institute’s recent accountability design competition put a lot of great ideas on the table. As states grapple with how to implement the Every Student Succeeds Act (ESSA), we know a lot of their focus will be on assessment systems and how to balance growth and proficiency; that’s important work, and it’s required by the law, but it’s only part of the opportunity ESSA presents. The required assessments are all applied in third grade or later, but we all know that a substantial portion of the achievement gap opens well before third grade. So let’s not design accountability systems that look exclusively at the third grade and after. Instead, let’s design state accountability systems that create real accountability in grades K–2– and maybe even earlier—to keep educators focused on the importance of those years.

Under No Child Left Behind, state accountability fixated on the years from grades 3–12. While many local district decision makers understood the research about the importance of the early years, they also knew that test scores were the primary metric of their success, and that preschoolers were at least four years from taking accountability tests. In that time period, a district’s superintendent might change, or the kids themselves might move to another community. While some districts have taken the long view and launched impressive early learning or third-grade reading initiatives, many have succumbed to the pressure of their metrics and focused resources for improvement on the tested years.

State accountability under ESSA will continue to be based primarily on assessment results from children in the third grade and up. But importantly, ESSA also requires states to add something else: an indicator of school quality or student success that isn’t based on test scores. This school quality indicator offers a real chance for states to put their thumb on the scale in favor of earlier investment, so that local educators can build high-quality education systems from birth to third grade—and be rewarded for it immediately in a state accountability system. While all of the Fordham competition entrants addressed the school quality indicator, none of them drilled down on how to use that indicator to start changing the years before third grade. (Which, in fairness, would have been a lot to ask given a two-thousand-word cap and a whole host of other issues to address.)

So we’re thankful to Fordham for giving us the opportunity to chime in about how the school quality indicator can be a tool for initiating stronger and smarter accountability in the early elementary years. This week, the Ounce of Prevention Fund released a paper on the subject, Valuing the Early Years in State Accountability Systems Under the Every Student Succeeds Act, which details the two major steps we think states should take to bring the early elementary grades under the accountability tent:

1. Design indicators that measure instructional quality, most likely through the use of an outside inspectorate. Instructional quality is something that can be measured in every grade, so it allows the early elementary years to be put on an equal footing with later years. Moreover, designing this indicator will force a statewide conversation about what is actually best instructional practice in the K–2 years—a conversation that is sorely overdue in most states. Great teaching in the early years is both rigorous in its content and fun for the kids in its delivery. It requires far more skill than many education leaders understand. We agree with Chad Aldeman of Bellwether that actually assessing the quality of professional practice would have benefits felt throughout the K–12 system, as it would provide actionable feedback for improvement to all schools.

2. Use indicators that can be disaggregated by grade, then place equal or greater weight on the K–2 years. One of the great successes of No Child Left Behind was unmasking disparities in districts and schools that were doing a good job overall but ignoring low-income and minority students; disaggregating data exposed that problem and forced educators to confront it. The same spirit can animate the design of the school quality indicator. For example, if the school quality indicator counts for 30 percent of a K–5 school’s overall grade, making each grade count for 5 percent of the overall grade would give school and district leaders a specific reason to focus on each grade. States could even consider whether to add preschool to the school quality indicator, creating stronger accountability for quality in early learning.

Getting schools to focus on K–2 is also an important step in helping schools be effective members of a local early learning community. When schools aren’t paying attention to the early elementary grades, they’re not thinking about where their kids were before entering kindergarten—and that’s a missed opportunity. In most communities, children were enrolled in a mix of center-based preschools, Head Start programs, and home care arrangements. Schools may not have the capacity to build relationships with all of the early learning providers in their communities, but they can at least build relationships with those that serve the most children. They can also develop joint planning and professional development opportunities that build a shared understanding of how to meet the needs of children and families.

In this area, there’s a valuable role for the Department of Education: clarifying the range of options available to states. The use of design indicators to measure school quality is clearly authorized by statute—as long as the indicator is valid, reliable, comparable across districts, and implemented statewide—and the statute is silent on the issue of whether state accountability systems can be disaggregated by grade or include preschool. Given the overall tenor of the law, there’s no reason to think that these practices would be prohibited, but if the department confirmed their legality, that would be helpful.

As numerous commentators have pointed out, it’s important to be realistic about these ideas. What I’m suggesting here has never been tried at scale, and if states attempt to design a system of this type, they will undoubtedly find that things don’t play out exactly as they planned. That’s normal and to be expected. The broader point is that for years, accountability systems have created an ecosystem relatively hostile to early investment, and now is the time to change that. Not all attempts to improve conditions for early learning will actually do so, and not all investments in early learning will have the intended effect. But let’s at least try to address what the data tells us is a very significant problem: young children (particularly low-income young children) not receiving the attention they need from adults to help them thrive.

All states have accountability systems, and most states invest in early learning; but until now, no state has tried to connect those efforts by designing accountability systems that strengthen the link between early learning and the later years. However states decide to use assessments in their accountability system, they can design school quality indicators that measure instructional quality and/or disaggregate scores by grade, which will change the incentives for local educators in their approach to the K–2 grades. Birth-to-age-five advocates want to see kids well prepared for kindergarten success, and they want to see schools working collaboratively with early childhood providers to create the best possible experience for children and families. If state accountability systems are pushing improvement in the quality of K–2 education, that increases the likelihood that districts will engage effectively with early learning providers and provide a strong bridge from preschool programs to the “tested grades.”

Elliot Regenstein is the senior vice president for advocacy and policy at the Ounce of Prevention Fund.