The state of reading and writing instruction 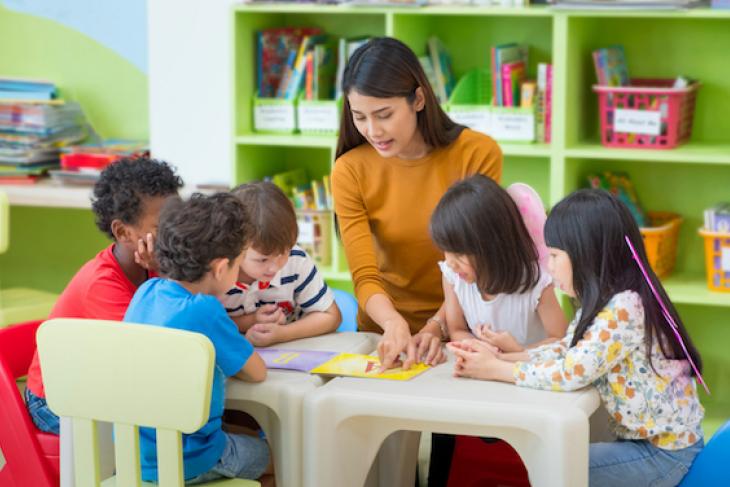 Eight years ago, the vast majority of states adopted the Common Core State Standards (CCSS) for English language arts (ELA) and mathematics. Shortly thereafter, we published Common Core in the Schools: A First Look at Reading Assignments, by Tim Shanahan and Ann Duffett, which highlighted the results of a first-of-its-kind survey of ELA teachers in grades four through ten. We wanted to know how classroom implementation was progressing and where educators might need support in teaching these more rigorous expectations.

Overall, the results suggested broad support among teachers for the Common Core standards. But they also highlighted several areas of concern. Most notably, many teachers said they organized their instruction around discrete skills rather than texts, and they assigned texts based on students’ reading levels rather than their grade levels—the opposite of what the standards encourage.

Since that initial survey, the CCSS (or a close facsimile) are still in place in most states, and research has shown tentative signs of progress, at least when it comes to content coverage and instructional materials aligned to the standards. Those studies are useful for identifying broad implementation issues, yet they fall short when it comes to informing professional practice. We know that bridging the divide between research and practice is a critical need. We simply must do a better job of designing studies that speak to the needs of teachers.

Fordham’s new report, Reading and Writing Instruction in America's Schools, a nationally representative survey of over 1,200 ELA teachers, attempts to do just that. In it, we not only diagnose the implementation challenges in classrooms, but also identify practical implications for instruction (we call them “Literacy Lifelines”). We target several under-examined topics that matter to practitioners, such as how teachers approach creative and personal writing, whether they’ve made building students’ content and background knowledge a priority, and how educators engage in “close reading” with their students. The survey also provides fresh insights on how teachers approach grade-level texts, balance fiction and nonfiction, and teach vocabulary.

We collaborated with the nonpartisan FDR Group to craft the survey, and with the RAND Corporation to administer it. Fordham’s David Griffith, senior research and policy associate, authored the report with assistance from FDR Group co-founder Ann Duffett.

The topics we examined are at the heart of the three instructional shifts that are core elements of CCSS-ELA and similar state standards—each of which is meant to address widely recognized and longstanding weaknesses in ELA instruction. The first shift calls for “regular practice with complex texts and their academic language”; the second for “reading, writing, and speaking grounded in evidence from texts”; and the third for “building knowledge through content-rich curriculum.”

The survey asked whether these shifts are actually occurring in ELA classrooms. How are teachers interpreting them? Most importantly, how can we support teachers’ efforts in implementing instructional change?

Our findings suggest real progress in implementing state ELA standards, but also—like the baseline 2013 report—cause for concern. For example, middle and high school teachers are asking more text-dependent questions and report that students’ ability to accurately cite evidence from the text has improved—both of which are in line with the expectations of CCSS-ELA. Yet they have also become more likely to assign texts based on students’ current reading levels—as opposed to their grade levels—contrary to the intent of the standards. There are troubling signs on other fronts, too: teachers are assigning fewer classic works of literature, and showing a predilection for creative over evidence-based writing; and students’ continue to show a lack of content knowledge.

These findings suggest at least four takeaways for classroom teachers:

First, teachers should take another look at their ELA curriculum to make sure they aren’t overlooking classic works of literature.

Although it’s encouraging that ELA teachers are assigning more informational texts and literary nonfiction, as the Common Core suggests, it’s worrying that they seem to be doing so at the expense of classic works of literature. At some level, this sort of tradeoff may be unavoidable. But it’s also possible that teachers have gone too far in their attempts to include more nonfiction in the curriculum.

Consequently, it’s worth emphasizing two points: First, literature should remain the cornerstone of English courses in middle school and high school, so teachers of history, science, and other content-based courses need to do their part to help students analyze informational texts.

Let’s not forget that “classic works of literature” should include literary nonfiction and fiction. In other words, the reading list should include not only The Great Gatsby and Lord of the Flies, but also works such as “Letter from Birmingham Jail,” The Emancipation Proclamation, the Republic, The Diary of a Young Girl, “A Room of One’s Own,” and so on. Recall that the CCSS says that, in grades six through twelve, there should be “much greater attention on the specific category of literary nonfiction.”

There’s a place for creative and narrative writing, but high school students in particular need to know how to construct a coherent argument based on their analysis of one or more texts. So it’s worrying that more teachers say students’ ability to “write well-developed paragraphs or essays” has worsened (36 percent) than say it has improved (27 percent) compared to a few years ago. Similarly, 46 percent say students’ ability to “use correct grammar, punctuation, and spelling” has declined in recent years, while just 14 percent say it has improved.

Instructional time is a precious commodity, but one way or another teachers need to incorporate more high-quality writing instruction. (For additional resources, see these “Literacy Lifelines.”)

Teachers cite students’ content knowledge deficits, but seem oddly unaware of how they contribute to it. Between 2012 and 2017, the percentage of teachers who said they organized their instruction around “reading skills” increased from 56 to 62 percent, while those who said they organized their instruction around “specific texts” declined from 37 to 30 percent. That’s no way to systematically build students’ content knowledge. It’s high time that teachers (and preferably schools) adopt content-rich curricula and make use of well-constructed text sets.

Finally, if we want teachers to assign texts based on students’ grade level—rather than their reading level—we need to do more to help them bridge the gap between the two.

Increasing the complexity of the texts to which all students are exposed is a hallmark of the new standards, yet we’ve seen backsliding in this area. One potential explanation: Nearly half of teachers say “not enough” attention has been paid to “diagnosing and addressing the challenges posed by a text.” Helping struggling readers access grade-level texts can be difficult, so perhaps teachers simply don’t know how to scaffold their instruction so struggling readers can master such texts.