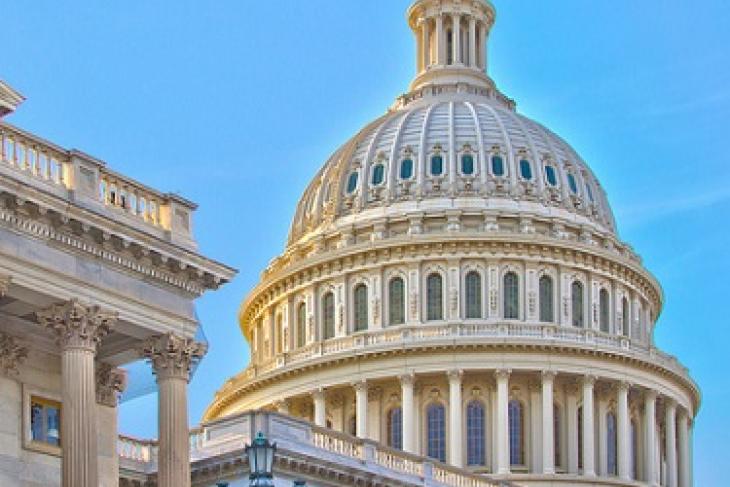 The ed-policy world is abuzz: ESEA now probably stands a better chance of being reauthorized than at any time since NCLB’s signing, thirteen years ago yesterday.

Given the statute’s scope, today’s debate could include countless issues, such as possible changes to Title II rules on educator effectiveness, the expansion of the charter school grant program, the introduction of a private school choice initiative, reconsideration of competitive grant programs (RTTT, TIF, i3), and much more.

But the question consuming virtually all oxygen is what will become of NCLB’s calling card, namely its tough rules on standards, assessments, and consequences?

Based on reporting as well as whispers, tea-leaf reading, and blind speculation, folks believe federal accountability is in serious jeopardy. In short, the Right wants to eliminate the "federal," and the Left wants to eviscerate the "accountability."

To better understand where things go from here, it’s worth pinpointing where we are in the order of operations. Typically, when the passage of federal legislation is on the docket, there’s a several-month-long window during which the views of the most important stakeholders are put on the potter’s wheel for molding. Advocates’ top targets all reside on Capitol Hill: Most important are the chairs of the relevant committees, committee members, party leaders, and all other members (and, not incidentally, the key staff to all of the above).

But since ESEA reauthorization is now overdue by the age of third grader, with lots of false starts along the way, stakeholders haven’t known when to ramp up and focus their advocacy efforts. All that changed when the GOP took over Congress in November’s elections, committee chairs Senator Alexander and Representative Kline made clear ESEA reauthorization was a priority, and vote counters deduced that the right bill could attract widespread support.

Things reached a fever pitch when word spread recently that some congressional leaders aspire to get this done this spring. With the legislative shaping period drastically condensed, the edu-advocacy apparatus—in low gear for ages now—is suddenly being redlined. Stakeholders hither and yon are breaking out their extruders and ribbon cutters in hopes of sculpting the bill’s features. (I’ve weighed in on testing; Petrilli tried to cut a path to reauthorization; my colleagues Anne Hyslop and Chad Aldeman have turned Bellwether’s blog into D.C.’s best ESEA debating salon; Brookings released a smart paper just yesterday…).

But probably the single most influential non-Hillite will be Secretary Duncan. His views will affect a substantial number of Democratic votes and signal the preferences of the world’s most important pen, just down Pennsylvania Avenue. He’s scheduled to give a speech on Monday; we ought to listen to that very closely.

But nearly as important are the voices of the nation’s state-level education leaders, aggregated through CCSSO. Not only do they have enormous sway over K–12 policy and practice, they are responsible for implementing the most important parts of ESEA.

What is absolutely remarkable and completely underappreciated is that, for all of the supposed state-level anger over NCLB, the state chiefs have been among the staunchest defenders of meaningful accountability in ESEA. They reiterated this position yesterday, releasing an updated “ESEA Key Priorities” document.

The chiefs are standing behind the key accountability elements of NCLB: the annual administration of statewide reading and math assessments in grades 3–8; the disaggregation of results; the annual determinations of school and district performance; and the identification of and intervention in persistently low-performing schools.

The document makes clear that the chiefs don’t want the feds to dictate every minute detail of how to do much of this (i.e., how to make school determinations, how to address chronic underperformance). But they do want the feds to ensure that states do it. This message comes through even in the area where CCSSO is asking for new and important flexibility from federal rules (permitting states to allow districts to pilot new approaches to assessment). CCSSO seeks to preserve unified statewide testing and accountability systems and ESEA’s reliance on them; they are asking for pilot carve-outs, not wrecking balls.

In the months ahead, we could bear witness to a strange ESEA debate, with some members of Congress arguing that states want to gut NCLB and CCSSO saying, "Umm, no, we don't."

There’s a lot of daylight between today and a final reauthorization bill. But CCSSO may have helped turn the tide against what appeared to be a mounting anti-assessment, anti-accountability wave.