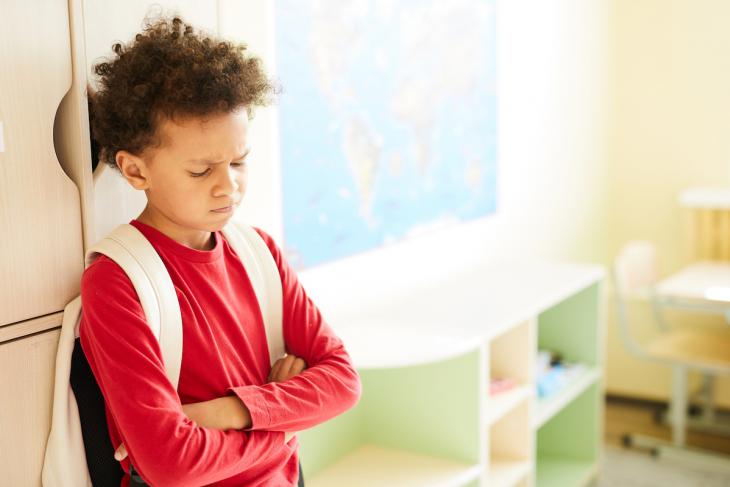 A little over a year ago, Education Week ran an op-ed arguing for “gradeless classrooms” and an “end to the perpetual lies” that numbers and letters tell about learning. “Honor and merit rolls would disappear. There would be no school valedictorian,” wrote an ed guru named Mark Barnes, weaving a breathless tale of schooling utopia. “Clubs that celebrate high performers would disband. Many colleges and universities would change how they admit incoming freshmen, and academic scholarships would need a makeover.”

Doug Lemov responded pointedly, almost plaintively. “The problem is that when I close my eyes and imagine a world without GPAs and report cards and tests, I don’t see Utopia,” he wrote in a blog post. “I see aristocracy.”

There will always be scarcity of high-end educational opportunities, so you have to have some way to sort it out, Lemov noted. “Meritocracy is the best way to do that, and meritocracy requires valuation,” he wrote. “When there is no grounds to judge, the elites will win all the perquisites. This is to say that when meritocracy disappears, aristocracy returns.”

Doug is a friend, so I’m biased. But in my opinion, he has done as much to advance social justice as any educator of his generation. Urban charter schools are the one unambiguous victory of the education reform era, putting the children of tens of thousands of low-income families of color on a path to college, and giving them as good a shot at upward mobility as we have currently have on offer in America. The instructional practices of many of those schools and countless others have been profoundly influenced by Lemov’s “taxonomy” as enumerated and codified in Teach Like a Champion and other books. His reward has often been abuse at the hands of critics who conflate orderly classrooms with colonialism, or who see children walking through hallways in straight lines as practice for prison. But they’ve got it backward: The children in those schools are on their way to becoming doctors, lawyers, and entrepreneurs, not felons. If there is racism at work in these high-performing charter schools (none dare call them “no excuses” schools anymore) it lies mostly within the hearts of their critics, particularly those of a certain caste—armchair social justice warriors who’ve never known a moment of fear or uncertainty over their own children’s path to college, nor any real threats to their families’ continued prosperity.

Aristocracy is returning with a vengeance. It may appear that we’re having an acute anti-privilege moment in education, driven by the Varsity Blues college admissions scandal and the ritual annual hand-wringing over the paltry numbers of black and Hispanic students admitted to New York City’s specialized high schools. But the responses and “fixes” being offered are more likely to make things worse.

If the devil’s greatest trick was to convince the world that he didn’t exist, an even greater one is being pulled off by the privileged and powerful. They have convinced their enemies to protect and extend their advantages by dismissing objecting merit under the banner of fighting for social justice. The cold, hard fact is that everything in education can and will be gamed by the affluent and privileged. That’s what privilege is. Utopian fantasies to dismantle it by persuasion, public shaming, and technocratic manipulation are naïve, unworkable or illegal. You can’t eliminate or embarrass privilege; you can only limit its influence. Yet we seem exhausted by the effort.

In the aftermath of the Varsity Blues scandal, a familiar litany of fixes is on offer to make college admissions more fair and equitable: Get rid of the common application; stop participating in the U.S. News college rankings that drive the academic and prestige arms race; and, of course, stop requiring the SAT and ACT standardized tests for college admissions. But nearly every solution to make college admissions more fair would make it more subjective. And that ensures that those who are already winning the race would maintain and extend their lead.

In a perceptive essay in The Washington Post, Jonathan Wai, Matt Brown, and Christopher Chabris observed that if the SAT were merely a test of wealth, as its critics insist, then privileged parents would not have to cheat. “In reality, they had to fake intellectual ability—the one thing they could not buy.” Campaigning to remove standardized tests from college admissions, they noted, would serve precisely the interests of “the worried one-percenter.” It would “increase the importance of extracurricular activities, interviews and athletics, and wealth provides many more options for gaming these squishy metrics,” they wrote. Advantage, aristocrats, and moneyed status-seekers.

The line between mere advantage-seeking and outright cheating and fraud is easily drawn: It is just in front of where you stand. Thus, with a clear conscience, progressive parents living in affluent zip codes can congratulate themselves for bravely choosing public schools for their children. When they employ one or more of a standing army of SAT test-preppers, it’s not an exercise in privilege hoarding but merely ensuring that their children put their best foot forward. The Varsity Blues scandal resonates so deeply because it's a scam that elites can comfortably condemn. The next level down gets uncomfortable quickly. Behind them in line, as privilege diminishes, advantages of race, class, income, and intact families come into play. At this level, the privileged need surrogates to fight their battles. Social justice warriors have eagerly entered the fray on the side of the aristocracy, arguing not to grow the number of elite educational opportunities for outstanding low-income students, but to dilute their quality and ration them in the name of equity.

All the black students offered a seat this year at New York City’s ultra-selective Stuyvesant High School could carpool together in an SUV. And their numbers are shrinking. Thirteen scored high enough on the entrance exam to earn a seat two years ago; ten last year. This year, just seven out of a freshman class of 895. Those numbers are depressing and paint an alarming picture of the education children of color have been subjected to from kindergarten until the day they sit for the competitive entrance exam. So naturally, New York Mayor Bill de Blasio and his schools chancellor, Richard Carranza, want scrap the exam entirely and admit to Stuyvesant, Bronx Science, and a handful of other so-called exam schools the top 7 percent of students from each of the city’s middle schools.

An analysis by New York City’s Independent Budget Office shows that under this scenario, 77 percent of the lowest-achieving 500 students admitted would not be proficient in English, compared with 32 percent at present. For math, the shift in academic readiness would be seismic. Had the 7 percent solution been in place for the 2017–18 school year, the analysis showed, none of the 500 lowest-scoring incoming students would be proficient in math. It strains credulity to suggest this would not dilute significantly the selective high schools’ academic quality—and, in time, the advantage that comes from attending them.

At a town hall meeting in Queens last month, congressional phenom Alexandria Ocasio-Cortez showed an intuitive grasp of the dilemma, noting that her own public school teachers didn’t understand her potential. “It wasn’t until I took a high-stakes test where I scored in the 99th percentile across the board where they figured out I did not need remedial education,” she told the crowd. “It took a test instead of understanding the child in front of them.” Her father tested into Brooklyn Tech, another of the city’s selective high schools, and left his Bronx apartment at 5:00 every morning to attend, “because it was seen as his only opportunity to have a dignified life. And he loved his experience at Brooklyn Tech, because he went to a good school.”

AOC correctly pointed out that fighting over seats in selective schools is “exactly what happens in a scarcity mindset,” but won sustained applause when she wondered aloud “why every school isn’t a Brooklyn Tech-caliber school.” The moment parents start feeling their local schools aren’t good enough, she insisted, “is the moment we should start fighting to improve them. Not to reject them.” A noble sentiment, but this is a sacrifice that no affluent parent is ever asked to consider or make. The moment they start feeling their local schools aren’t good enough is the moment they call the movers, or apply to private schools.

A sane and equity-minded public policy would seek to maximize elite educational opportunities and increase their number, not to ration them or water them down, and would seek to extend them to every qualified low-income student who can do the work. Instead, the impulse is to further ration access, kick students from an overrepresented ethnic minority out so that those from underrepresented groups might take their place, a calculation that makes sense only to those steeped in the dogma of intersectionality. Even in their relative infancy, New York City’s charter schools send black and brown graduates to competitive universities by the hundreds, numbers the exam schools cannot hope to match, and—significantly—they do so with no entrance exams or other bars to entry. Yet here, too, the impulse is not to grow these egalitarian opportunities, but to ration them. The city has bumped up against its legislated charter cap and there is little visible urgency to raise it—at least, not from City Hall.

It seems to have occurred to none of New York’s charter school leaders to use the current controversy over the specialized high schools to argue for more schools, more seats, and more opportunities for low-income students. Instead, in a scathing op-ed in the New York Daily News, KIPP’s Richard Buery attacked “the meritocracy myth” held up by “paid school consultants, tutors, and prep courses, some starting as early as kindergarten.” Students from affluent families those with parents “in the know” have a leg up, he wrote. “That includes poor Asian families who spend hundreds of hours and thousands of dollars prepping for the exam.” The argument is doubly odd: Low-income parents sacrificing and investing so that their children might have more opportunity is something we have historically celebrated, not condemned or fought over. Moreover, the success of KIPP and its charter school peers in getting low-income black and brown students to and through college is a proof point that merit is not a myth, but needs the opportunity to self-identify, to be nurtured, and to grow.

It’s an unsatisfying challenge to defend the meritocracy; it is a weak defense to say only that the alternatives are far worse. But they are foreseeably far worse. When you remove merit from the system, dismiss any hope of identifying it or pretend it does not exist at all, the advantages accrue to those who do not need to rely on merit to advance their interests. Every argument for subjectivity is an argument for aristocracy.

Likewise, it is completely understandable that those who hunger for social justice would attack the various institutions and mechanisms that appear at a glance to prop up privilege. But in doing so, they risk ceding even more to a ruling class and fighting over their crumbs.

This essay was first published by The 74.