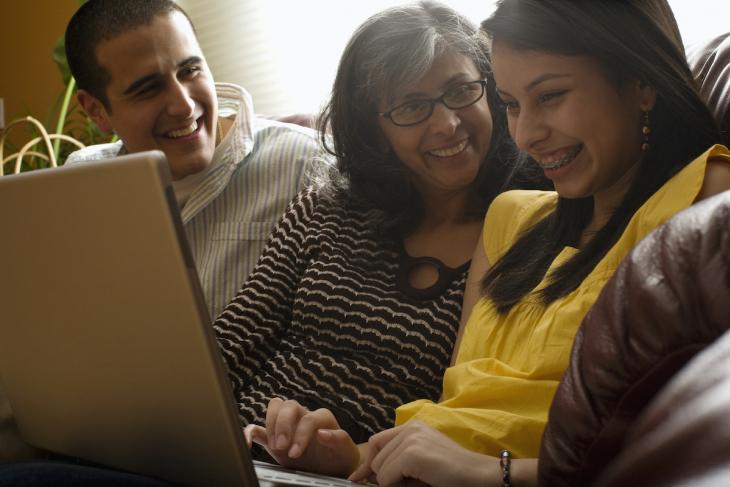 The college admissions process comprises a number of moving parts that must be negotiated by high school students with varying degrees of assistance from parents, teachers, and guidance counselors. Gone are the days when the local “State U” was good enough for each generation of college-goers.

Over a decade ago, Caroline Hoxby showed that the percentage of students attending in-state institutions fell consistently from 1949 to 1994, and that the role of distance in explaining college choice decreased in that time, as well. In the middle of this timeframe, a small group of elite institutions banded together in 1975 to create the Common Application (CA), a centralized process by which prospective students could apply to a large number of participating colleges with a single application. It’s expanded exponentially since then, with more than 750 institutions now participating. Today, CA institutions together receive roughly 4 million applications from 1 million students annually. A recent working paper from NBER, written by Brown University economist Brian Knight, looks at the effects of CA on both university and student behaviors.

Positing that the Common Application would reduce various time and information costs for both students applying and for schools accepting applications, Knight and co-author Nathan Schiff use multiple models to examine CA’s impacts on this “friction.” Their primary model is a two-ways fixed effects specification that includes college fixed effects and year fixed effects. They are essentially comparing outcomes for schools before and after joining CA and also investigating—through what is known as “event studies”—the timing of any effects associated with entry into CA. They use panel data from the College Board from 1990 to 2016, specifically from College Board’s Annual Survey of Colleges and the federal IPEDS data base—the latter of which includes information on state-to-state student migration patterns from 1986 to 2014.

The first key finding is that the introduction of CA increased applications and reduced admission rates. Specifically, applications were 12 percent higher after a college joined CA. Moreover, that figure grew over time, rising to a roughly 25 percent increase one decade after CA, which is attributed in part to the improved online platform that eventually supplanted the initial paper application. Second, they find a 9 percent reduction on the yield of acceptances (that is, kids taking schools up on their offer of a seat) post CA entry, which is consistent with increasing students’ choice. In other words, students submitting more applications get more acceptances, but they can still only make one choice. Third, given this reduction in acceptances, colleges responded by increasing the number of admitted students in order to satisfy their capacity; specifically, Knight and Schiff find a 12-percentage-point increase in the number of admitted students after joining CA and continued but smaller increases in enrollments subsequently.

And since the Common Application disproportionately comprises more selective institutions, they examine whether CA participation has contributed to a widening of the gap between more and less selective institutions and find some evidence that CA entry is indeed associated with an increase in freshman SAT scores. In other words, the introduction of the Common Application enhances the likelihood that high ability students are disproportionately sorting into CA schools.

For the most part, the findings seem to indicate that the reduced friction introduced by CA participation benefits both students and institutions as far as application and acceptance goes. Students have easier access to more and more varied schools—ones they may never have considered previously—and colleges have access to wider pools of applicants, including those growing up far from their campuses. But of course myriad other factors can alter enrollment and admissions decisions, like the financial cost of applying to college (regardless of CA participation), changing admission criteria among schools, and various public and private incentives to keep high school graduates in college close to home. In the end, entertaining where you might go to school and where you actually end up are subject to far more complex mechanics than an application alone.