Shooting the test-messenger to end accountability 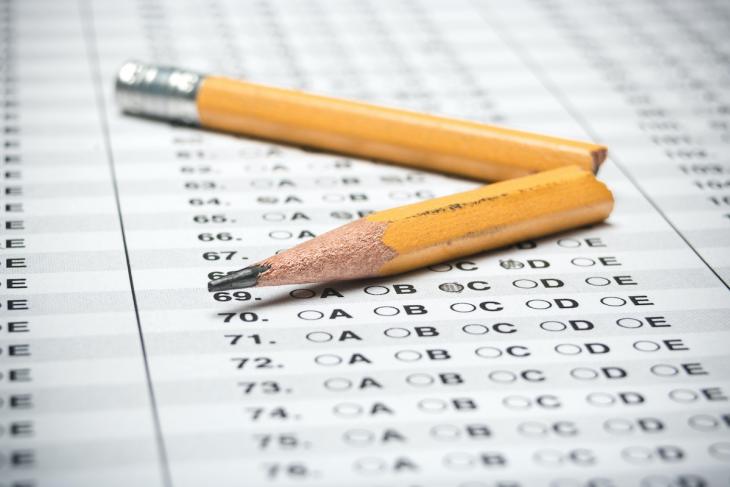 This year’s holiday from federally-mandated end-of-year assessments in math and English language arts will undoubtedly embolden test haters to declare once again—and louder than ever—that we never needed those damned exams in the first place and that our schools and students are far better off without them. Thus will commence another skirmish in a war on testing that rivals the Seven Years War.

As Lynn Olson and Craig Jerald point out in a thorough and perceptive report from FutureEd, statewide assessments were getting plenty of pushback pre-coronavirus. The pandemic is merely deepening their peril and intensifying the pushback. Their seventeen-page report is well worth reading, as is the short version that appeared on Education Next. Their chronology is spot on. They’re right about the intensity of the “testing backlash.” I assume they’re right that this year’s testing moratorium will cause more people to urge scrapping the whole irksome, onerous process. And I agree that tests would be a lot more popular with educators if they were demonstrably helpful in improving instruction, which waiting to year’s end doesn’t do much to accomplish.

Yet there may also be a fundamental shortcoming in their analysis, a great big issue that they allude to but don’t develop: What if the hostility toward testing is not, at bottom, about the tests, but rather about what the present testing regimen is mainly designed to do, which is to hold schools and educators (and sometimes kids) to account for their results? What if tests are the unwelcome messengers, but what’s really at stake is the message? I submit that if testing vanished but some other form of results-based accountability remained, educators would complain just as much—and work just as hard to recruit allies among parents and others to discredit them.

Think about it. Nobody likes to be held to account for their results, particularly when embarrassment, inconvenience, and unwanted interventions, possibly even the loss of one’s diploma or one’s job, hangs in the balance. Doctors and hospitals don’t much like it when their infection, mortality, or readmission rates are publicized and sometime lead to sanctions. Restaurateurs understandably hate it when the health department padlocks their bistros or a reviewer offers no stars. Competitive divers bridle when judges give 1.5 points to their triple backflips. It’s human nature—and the higher the stakes, the stronger the feelings.

But the reason America got into results-based accountability in K–12 education wasn’t because more accolades were needed. It was because many schools were producing wholly unsatisfactory results, sometimes for everyone in attendance, sometimes just for subgroups within the school. We were, it was rightly said, a “nation at risk” because of those weak results.

That led to national goals, to statewide academic standards, to mandatory assessments in core subjects, and to complex regimens by which to evaluate the scores on those tests and the remedies to be applied when scores were low.

It did not, in theory, have to be tests by which schools’ results were gauged. But for a host of reasons—cost, convenience, security, the appearance of uniformity, objectivity, and a sort of fairness, etc.—standardized tests are what we ended up primarily relying on.

All true, all culpable. Perhaps still all fixable. But I submit that the “peril” in which state assessments find themselves, according to Olson and Jerald and others who have analyzed the pushback against testing, is not fundamentally about testing burden or the distortions it causes in curriculum, pedagogy, calendars, etc. It’s about results-based accountability for a system that’s producing unsatisfactory results. Educators trying to escape the accountability have resorted to a war on tests themselves and convinced many, many others—especially parents—that tests are the problem.

Think about it this way: Imagine that we start rating elementary schools, A–F or five stars to one, based on how well their graduates do in middle school. We judge them by middle school grades, discipline, etc., not by tests. And we find a way to adjust for “value added” so as not to penalize schools just because their pupils are disadvantaged.

Extend that thought experiment to high schools. Imagine that we find ways to gauge—and report—their effectiveness based on how their graduates do in college and the labor market, as glimpsed in a recent Mathematica study of Louisiana high schools. Then we sanction or intervene in various ways in the high schools whose graduates fare poorly.

Would F schools be any happier once their grade isn't derived by tests? Would unions complain less vociferously if states moved to intervene with tough love in one-star schools? How much are you prepared to wager?

There are ample good reasons to find additional real-world measures of school quality and effectiveness, but let’s not deceive ourselves that doing so will end the war on accountability—or make our schools any better.

I repeat: Tests are the messenger, and it’s the glum message they continue to convey about many schools that’s the problem. Shooting them down won’t cause a single child to learn more, a single inept teacher to do a better job in the classroom, or a single crummy school to improve.

Otherwise, Lynn and Craig got it about right.

Editor’s note: A version of this essay was first published by Education Next.