Shifting from learning to read to reading to learn 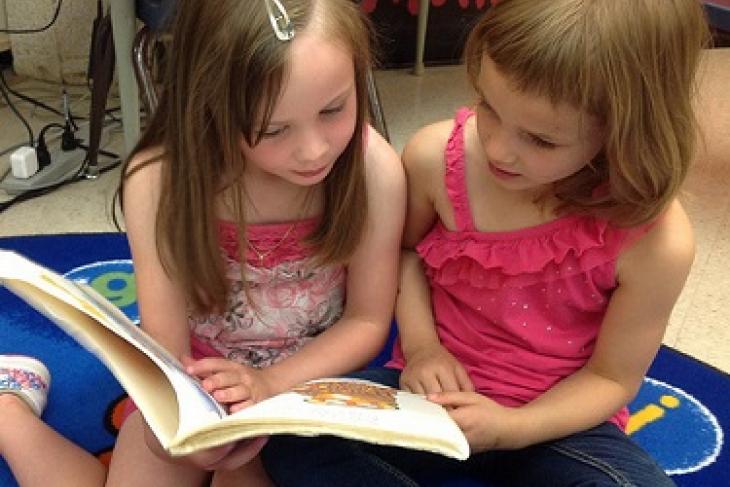 This post has been updated with the full text of "Shifting from learning to read to reading to learn."

Spring means high-stakes tests in America’s schools, and this year’s test season is already proving to be a particularly contentious one. The number of parents choosing to “opt out” of tests remains small but appears to be growing. Anti-testing sentiment will likely sharpen as rigorous tests associated with Common Core are rolled out in earnest this year. Parents who have been lulled into complacency by their children’s scores on low-bar state tests may not react well when their children are measured against higher standards.

Testing—who should be tested, how often, and in which subjects – is also one of the most contentious issues in the pending reauthorization of the Elementary and Secondary Education Act (the most recent iteration of which is better known as No Child Left Behind). At present, the feds require states to test every student every year in math and reading from grades 3–8. However, if we are serious about improving reading—and education outcomes for children at large—we might be better off if we stopped testing reading in third grade rather than started it.

There are two big problems with existing test-driven accountability schemes in reading. First, the high-stakes reading tests our kids take in elementary and middle school really don’t test what we think they do. Even worse, by the time those tests diagnose reading difficulties in third grade, it’s incredibly hard for schools and teachers to help pull kids out of the spiral of reading failure that began years ago—often before kids came to school for the first time. To understand these problems, it’s helpful to address some common misconceptions about reading.

If you’re like most literate people, you probably think of reading as a skill like riding a bike. You learn how to do it as a kid and never forget how. And just like riding a bike, you probably think of your ability to read as a transferable skill. Once you learn to ride your bike, you can ride nearly any bike; and once you learn how to read, you can read anything—a novel, the sports page, or a memo from your boss—with relative ease and understanding. But that’s something of an illusion. Reading is really not a “skill” at all.

Broadly stated, there are two distinct parts to learning to read. The first is “decoding.” We show small children that letters make sounds and teach them how to blend those sounds together so that c-a-t becomes “cat.” Decoding is definitely a skill and a transferable one. But the second part, reading comprehension, is much trickier. You certainly need to be able to decode to read, but reading with understanding and subtlety is intimately intertwined with background knowledge and vocabulary. In order to understand a story about a basketball game, for example, you need to know something about basketball. Thus, if you’re a good reader, it’s probably not because you’ve practiced the “skill” of reading. You’re almost certainly someone who knows at least a little about a lot of different things.

What if we focused testing and accountability on the part of reading—decoding—that really is a skill? There’s voluminous and convincing evidence that early reading sets kids up for either long-term success or a lifetime of struggle. A struggling reader in first grade has a 90 percent chance of still struggling in fourth grade; a struggling third-grade reader has only a one-in-four chance of catching up by high school. Such data suggest that every impulse in education—and therefore the strongest thrust of school accountability efforts—ought to be aimed at ensuring that as many children as possible leave the third grade with solid foundational reading skills. Eliminating third- through eighth-grade reading tests would likely have the additional good effect of freeing teachers to spend more time on history, science, art, and music, which paradoxically would do more to build strong readers than endless hours spent trying to teach the ersatz “skill” of reading comprehension.

To be sure, there are significant complications involved in testing very young children. Little kids have short attention spans, and their abilities aren’t easily measured with paper-and-pencil standardized tests. Given how aggressively the testing tail has come to wag the schooling dog, perhaps the very last thing we’d want to do is make very small children the object of any high-stakes (for schools and teachers) accountability system. Teaching and assessing early literacy skills was the primary thrust of the Reading First initiative, which was largely successful at improving decoding, yet failed to boost comprehension—but that may be an effect of curriculum narrowing in our test-mad era.

Simple logic would suggest the surest route to building strong readers is to ensure strong decoding skills at the earliest possible moment, then pile on rich and meaty reading in all subject areas (exactly the approach prescribed under the Common Core State Standards, not incidentally). One possible approach, as counterintuitive as it may sound, would be to eliminate reading tests altogether and test only subject-matter material—or to signal to schools and teachers the content areas of passages on reading tests, a point the Core Knowledge Foundation's E.D. Hirsch, Jr. and I have argued repeatedly.

The bottom line: Any good accountability system should encourage and reward the classroom practices we want to see and discourage those we do not (I have argued elsewhere that by treating comprehension as a skill, reading tests all but demand bad teaching). I can think of no more urgent priority for K–12 education than getting as many children as possible to the starting line as readers by third grade. If that’s not a make-or-break issue for kids, it’s damn close. Thus, a worthwhile challenge for policymakers determined to get accountability right would be ensure that as many children as possible get to third grade ready to make the shift from learning to read to reading to learn.