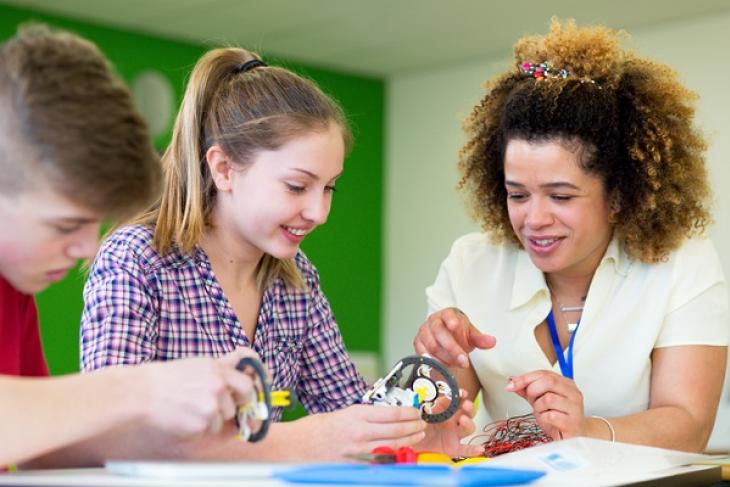 In the last few weeks, the first-round submissions of states’ Every Student Succeeds Act (ESSA) plans have gotten a lot of attention from national organizations and the federal government. Not wanting to be left out of the fun, Advance CTE and Education Strategy Group joined efforts to write Mapping Career Readiness in State ESSA Plans—Round 1, a review of how states addressed or prioritized career readiness.

Career Technical Education (CTE) can be a powerful platform for student success during and after high school, and in recent years states have made incredible investments in—and commitments to—expanding the quality of and access to CTE and career pathways. Moreover, many provisions within ESSA open the door for, if not flat out encourage, states to integrate CTE into their career readiness metrics.

Given this, in reading through each of the first seventeen plans that have been submitted to the U.S. Department of Education, we were cautiously optimistic that career (and college) readiness would play a prominent role in states’ ESSA plans. Unfortunately, that isn’t exactly the case:

Yet when it came to other areas of the law, there is no question that states missed the opportunity to further a statewide vision for career readiness. Despite what they laid out in their goals and accountability systems, most state plans were light on details about how they would support local districts to advance career readiness or were not even willing to identify it as a priority area for competitive funding, let alone professional development or technical assistance.

In other words, states largely and unsurprisingly hedged their bets. The U.S. Department of Education’s guidance signaled that states could describe in loose terms how they planned to fulfill their obligations under ESSA—even if the agency’s recent feedback on states’ plans may limit that leniency.

Nevertheless, the search for career readiness continues. In composing their plans, these first seventeen states collected myriad comments from stakeholders, who consistently supported a stronger focus on career preparation. So it is certainly possible that leaders in these states will find other ways to strengthen their CTE systems with or without explicit support from ESSA. And it’s anyone’s guess what the other thirty-four states will do when they submit their plans in September.

But we hope and encourage states to use ESSA as it was intended—to create space and flexibility for states to advance their own needs and priorities. If states are committed to preparing all students for success in the twenty-first century, they must maximize every opportunity to connect ESSA to their statewide vision for career readiness.

Austin Estes is a policy associate and Kate Kreamer is the deputy executive director of Advance CTE.