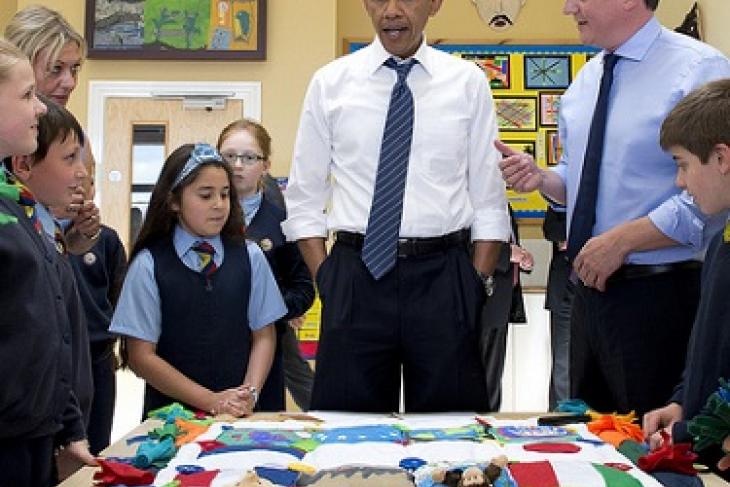 Editor's note: This post is the second entry of a three-part series on Race to the Top's legacy and the federal role in education. You can read the first entry here and the final entry here.

The super-talented Joanne Weiss, former chief of staff to Secretary Duncan, has convinced me in two recent articles that Race to the Top (RTTT) was a skillfully administered program. Weiss and her colleagues cannily handled public transparency, technical assistance to applicants, and intra-department coordination. They deserve credit for the how of RTTT.

But the articles don’t directly address whether the federal government should’ve undertaken RTTT. Obviously, the administration would say yes. But why? The articles imply an answer, one consistent with progressive ideology and the administration’s approach to health care, environmental regulation, and much more: Expert central administrators can and should solve complex social problems, and the federal government is the logical perch from which to do so.

In Education Next, Weiss is transparent about the federal government’s ambitions. “Race to the Top aimed to drive systems-level change,” she acknowledges. The administration wanted “comprehensive and coherent” state agendas aligned with the administration’s preferences on standards, tests, teacher evaluations, and more. RTTT didn’t aspire to influence “discrete silos”; it wanted to mold entire systems. Unless the federal government could affect “interconnected policies and work streams” and make them “move forward in tandem,” the program would fail to have impact.

In a Stanford Social Innovation Review article, Weiss explains that the federal government was able to alter the complexion of K–12 in part because RTTT “took place during a time of profound budgetary challenge” for states—the $4.35 billion being offered “was a significant inducement.”

In admitting mistakes, Weiss doesn’t cite the program’s size, ambitions, or federal direction. The problem, in her mind, was “sequencing.” New standards should have come first, then improved teacher feedback, then new educator evaluations. The issue wasn’t that RTTT went too far; it just “didn’t do enough to guide states in how to think it all through.” Weiss also concedes that administration officials didn’t see the Common-Core backlash coming, and couldn’t anticipate how the federal government’s incentivizing changes in standards might be perceived as an arrogation of local authority

In all of the above, the underlying assumption is that the federal government’s experts had the right answers. There’s no acknowledgement that our centuries-long tradition of local and state control over schools might be better equipped to produce solutions, or that “expert” federal direction on K–12 policy comes with serious, inevitable downsides.

This point is obvious to many conservatives. They’d argue that our traditional reliance on state and local control elevates experienced practitioners above distant technocrats; allows nimble decision making and small-scale experimentation; fosters trust by keeping power close to parents; preserves our vast diversity by enabling communities to pass on their histories and traditions; and avoids the large-scale disasters caused when faraway but powerful central administrators make mistakes. The local and state authority approach is not a failsafe—after all, it’s as dependent on flawed humans as any other form of governance. But it requires checks and balances of authority (separated powers, democratic control), occasional changes in longstanding policies (supplementing districts with chartering), and court interventions when rights are infringed (desegregation, equitable funding).

But flawed humans populate the federal government, too. Recall Japanese-American internment, Dred Scott, Iraq WMD, “If you like your health-care plan,” and the Gruber lie. And even when federal education officials are pure of heart, their plans reliably underperform, as in the case of SIG, the backlash to NCLB and Common Core, the disappointing results of educator evaluation reform, and the disintegration of the federally funded testing consortia.

Perhaps K–12 decentralization isn’t a relic of a bygone era or a bug to be fixed, but instead a time-tested feature.

Weiss is right to underscore that RTTT was voluntary. But just because it wasn’t mandated doesn’t mean it wasn’t the product of the technocratic approach to policy making. Indeed, RTTT bears some of the telltale signs of the “high modernism” of James Scott’s Seeing Like A State: a “muscle-bound…self-confidence about scientific and technical progress”; state frustration with a “change-resistant” part of society; the clever use of an economic crisis to usher in major non-economic change; breaking down a state’s infinitely complex K–12 system into nineteen score-able elements.

To the extent that RTTT is viewed as a success in the years to come, we should tip our hats to the sophisticated thinking and skilled implementation of Weiss and her colleagues. But to the extent that it falls short, we should adjust downward our faith in comprehensive reforms sketched out by expert central administrators.

It’s important to remember that skepticism about the efficacy of technocracy stretches across the political spectrum. Rick Hess has smartly critiqued RTTT. The AFT’s Randi Weingarten has complained that RTTT, NCLB, and ESEA waivers ignored the local wisdom of educators. Scott (author the aforementioned Seeing Like A State), a self-described “crude Marxist” who’s written favorably about anarchism, argues that human institutions are “far too complicated and variable to easily yield their secrets to bureaucratic formulae.” Ted Kolderie’s new K–12 book argues that our “fixation on comprehensive action is holding the country back.”

Over the last decade, education reform has come to be dominated by technocratic progressives; they helped bring about the RTTT era, and they thrived in it. But with RTTT money now gone, the Obama administration ending, and ESEA reauthorization rolling back Uncle Sam’s role, the larger Technocratic Era may be sunsetting as well. Education reform will need to adapt.