Journalists are told to “follow the money,” and it seems only fair the same adage be applied to education. A new report from the School Choice Demonstration Project at the University of Arkansas does just that, comparing the levels and sources of funding between traditional public schools (TPS) and charter schools in some of our nation’s largest metropolitan areas. Faithfully following the money, the authors finding a whopping $5,835 annual advantage for each TPS student.

The researchers—Corey A. DeAngelis, Patrick J. Wolf, Larry D. Maloney, and Jay F. May—collected revenue data for the 2015–16 school year from what they refer to as “a maze” of district, state, and federal websites. Where states did not gather the same depth of data for charters, information came from annual reports, independent audits, and federal 990 forms from individual schools. The authors grade fourteen metropolitan areas by the width of the funding gap between TPS and charters—cities with less than a 5 percent disparity receive an “A,” and those with more than a 25 percent disparity receive an “F.” All the numbers in the report are per pupil, calculated using fall enrollment data.

Notably, the study analyzes yearly revenues, not yearly expenditures. Some charter skeptics say expenditures are a fairer metric because TPS have more fixed, mandatory costs (like transportation) than charters do. The authors reject this outlook, arguing that innovation—including financial innovation—is one of the central purposes of charter schools. “A revenue-based analysis,” they say, “is grounded in a concept of equal funding for equal purpose.”

They find that, on average, public charter schools received $5,828 less than TPS in per-pupil funding—a gap of about 27 percent. Thirteen of the fourteen cities received a C or lower for funding equity; the outlying A grade is for Houston, Texas, where charter students receive 95 percent of the funding as their peers in TPS. The “worst” F grade goes to Atlanta, Georgia, which gives charter schools 49 percent less money per student.

Of course, many charter schools enroll lower percentages of low-income students, English language learners (ELLs), or students with disabilities than do TPS, which could explain some or all of the funding gaps. However, the researchers found that enrollment of these three subgroups in the fourteen regions was not as disproportionately low as some may claim. Even where charters did enroll fewer disadvantaged students, the small percentage differences did not account for larger per-student funding gaps.

Local funding accounts for most of the disparity between TPS and charter revenues. On average, charter schools received 76 percent less funding from their own cities—about $8,000 less per student. In fact, six cities gave no dollars to their local charter schools. Charters also receive lower funding from states and the federal government. They recoup some of their losses through private donations, which go disproportionately to charter schools. However, donations are a relatively small portion of every school’s annual budget, so the per-pupil advantage is only about $655. This clearly does not go far in covering the overall funding gap.

While most of the findings in this study are not very clearly communicated and the authors’ grading cutoffs seem somewhat arbitrary, they rightly conclude that state and local governments can do more to extend equal opportunities to charter school students. Families should not have to sacrifice thousands of dollars each year for the chance to send their children to the school of their choice. One change the authors recommend is that states should base school funding—for TPS and charters alike—more heavily on student need, so that disadvantaged students can receive the support they need no matter where they go each morning. 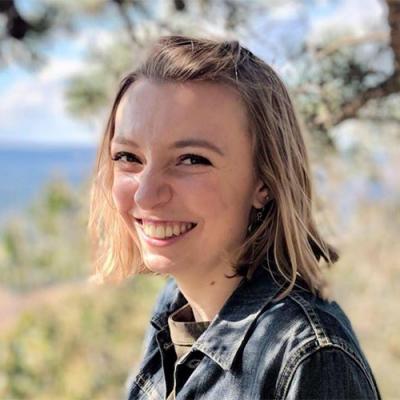