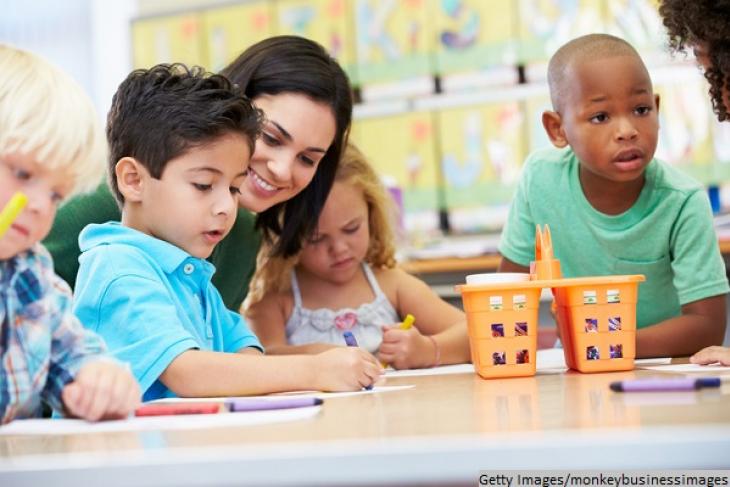 Congressional leaders have taken pride in pointing out that early learning plays a more prominent role in the Every Student Succeeds Act (ESSA) than it did under No Child Left Behind (NCLB). Early learning has made historic advances during President Obama’s tenure, and Secretary of Education John King has gone out of his way to talk about its value. Given all that, you would think that the Department of Education’s proposed rules for school accountability and improvement systems would reinforce the importance of early learning—but in fact, they appear to do just the opposite.

Under NCLB, test-based proficiency in grades three and up was the primary driver of elementary school accountability. State systems generally didn’t say anything about what went on in the K–2 years, so many school districts and schools understandably ignored those years in their improvement efforts.

ESSA changed that by requiring states to include an accountability indicator of school quality or student success that isn’t based on test scores. Accountability metrics are arguably the most important opportunity embedded in ESSA to advance early learning and improve the early elementary grades. Many of the law’s changes clarify that early learning is a permissible use of funds; that’s important because NCLB’s opacity was an obstacle to early learning for years. But permission alone will not be enough if the incentives to spend money on later years aren’t also changed, and the rules make that much harder for states than the law intended.

ESSA’s new approach allows states to develop indicators that really focus on K–2. This could include ambitious efforts like a school inspectorate; using Fordham’s taxonomy of ESSA accountability approaches, the “Attack the Algorithms” camp (of which I’m a longtime member) would argue that this is the best way to analyze what’s going on in K–2 and act to improve it. If a state isn’t inclined to launch an inspectorate, an easily accessible objective measure like chronic absenteeism—which can be measured in K–2 and disaggregated by grade—could provide at least some indicator of what’s afoot prior to third grade.

Given the right regulations, states could create genuine accountability for those years and better incentivize local educators to improve them. Unfortunately, the U.S. Department of Education’s proposed regulations seem to pull in the wrong direction when it comes to measuring school quality and supporting school improvement.

Most importantly, the rules require that the school quality indicator be based on research linking it back to “student achievement” (which isn’t defined but appears to mean test scores). This violates ESSA’s statutory language, which clearly gives states the space to experiment with new indicators not based on test scores. These indicators were rightly meant to act as a counterweight to test scores, giving a fuller and richer sense of school performance than scores alone ever could.

ESSA does require that the non-assessment indicator be valid and reliable, so it would be appropriate for the department to link it to student outcomes. A better regulation would require that the indicator be “supported by research that performance or progress on such measures is likely to improve student learning and development.” That will ground the indicator in research but still give states room to develop indicators that expand the definition of student success beyond assessment results.

Additionally, the rules minimize the importance of the school quality indicator in identifying low-performing schools. ESSA requires the lowest-performing schools to be identified for comprehensive support and improvement, the most significant designation of a school under the law. Under the law alone, that designation could be made based on a state-defined combination of test scores and the school-quality indicator. But the regulations also say that the school quality indicator can’t positively impact a school’s improvement status unless the school is also showing “significant progress” on test scores.

Both of these rule changes have the effect of pushing accountability to revolve around test scores again—and making it hard for states to place emphasis on the untested early elementary grades. Using Fordham’s taxonomy, this is more evidence for the thesis that the department sits in the “NCLB Was Extended, Not Ended” camp.

In addition to requiring the designation of low-performing schools based solely on test scores, the draft regulations also seek to make test scores the key driver of improvement efforts, which again pulls the focus away from the early years. A state’s lowest-performing schools are given comprehensive support and improvement grants, and the rules do specifically authorize the use of grant funds on pre-K. But that authorization is perhaps the regulations’ best example of the gap between what’s allowed and what’s really demanded.

Comprehensive support and improvement grants are four-year grants, and their success is measured by “student outcomes” (not defined, but apparently meaning test scores). Children in preschool in the first year of the grant will only be in second grade by the final year of the grant, meaning that they’ll never produce any of the “student outcomes” needed to show that the grant was a success. So while pre-K is a permissible use of grant funds, schools that actually want to show improvement on “student outcomes” during the grant period would be well advised to spend the funds exclusively on later years. The department should change the rules and allow states to use rigorous non-test indicators as a measure of success for these grants, opening up the potential of investment prior to third grade.

Developing accountability and school improvement systems that meaningfully address K–2 is a new exercise, and it seems unlikely that states will get it exactly right the first time out. But Congress specifically gave them the space to try, and the department’s draft rules limit their ability to do so in ways that seem likely to preserve the unsatisfactory status quo. Given what we know about the importance of third-grade reading scores—and how much higher we want them to be—it’s a mistake to remain on the same treadmill of accountability systems that encourage schools to focus on short-term solutions in later years.

The Obama administration’s Department of Education has shown an impressive commitment to early learning. I hope that one of its last acts will be to issue final rules that preserve the ability of states to develop school accountability and improvement systems that focus on improving the critical K–2 years.

Elliot Regenstein is the senior vice president for advocacy and policy at the Ounce of Prevention Fund.