Preschool support, sure. Biden’s plan, no. 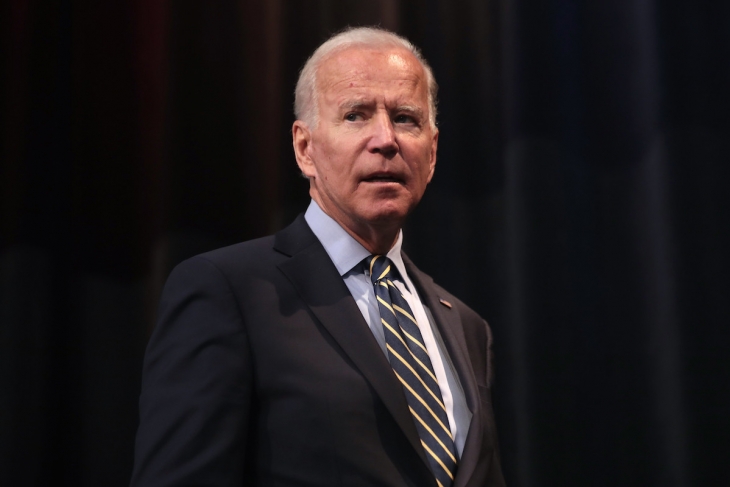 The overriding problem with President Biden’s education scheme, as presented in his grandiose “American Families” package, is its focus on more schooling rather than more learning. Ever since 1983, when President Reagan’s national commission declared the U.S. a “nation at risk” due to the weak knowledge and skills of our students and the shoddy performance of our schools, every president and Congress until now—and almost every governor and legislature—has concentrated on boosting school outcomes, raising student achievement, and reducing learning gaps. That has mostly entailed higher academic standards, rigorous assessments, and results-based accountability regimens for both schools and their pupils, plus the creation of affordable high-quality alternatives for children trapped in shoddy, unfixable schools.

The Biden team seems to be abandoning all that and reverting to a time when it was erroneously believed that more school inputs and offerings would yield more learning. In fact, we’ve known since 1966 that that’s mostly wrong. That was when a major LBJ-era study by the eminent sociologist James Coleman showed the weak link between what goes into schools by way of resources and what comes out by way of achievement—and equality. Yet the White House plan would expand today’s typical thirteen years of free public schooling into seventeen years by adding universal pre-K for three- and four-year-olds, plus two years of free community college after high school.

This recalls a quip by former education secretary William Bennett about the inept chef with a lousy recipe for inedible omelets adding more eggs to his mixing bowl with the expectation that the result will be tastier.

Of course, we can’t have any sort of schooling without money, yet the return on additional investment is iffy. Many charter and Catholic schools produce stronger results for similar kids than nearby district schools, yet manage to do this with leaner budgets. “More” may boost results if shrewdly directed and carefully spent, but just pumping in more dollars, more teachers, more hours in the day, more homework, more years of schooling cannot be counted upon to place the nation any less at risk educationally, while it assuredly fattens the “education establishment” and siphons more money from taxpayers.

Though its popular appeal is obvious, the preschool part of the Biden plan is particularly misguided. It carries an enormous price tag—$200 billion, five times the U.S. Education Department’s total annual K–12 spending and twenty times the current Head Start budget. It would be accompanied by heavy-handed federal regulation of preschooling, with an emphasis on expanding downward the age of entry into public schools. It would provide a huge and unnecessary (if doubtless welcome) cash windfall to millions of upper-middle-class families, plus states, districts, and private organizations that have already figured out how to deliver and pay for the preschooling they want. It ignores families that still prefer to do all this outside of institutional settings, reading to their kids, taking them places, getting them socialized by playing with other children, perhaps under the watchful eye of a neighbor or relative. Sure, lots of parents will embrace a government offer to look after their three- and four-year-olds under school roofs while they go to work (or whatever). But in the long run does that strengthen or weaken the American family? Keep in mind that Biden is also proposing a huge expansion of paid parental leave precisely so more moms and dads can be home with their little ones—plus many billions more for child care.

Most egregious of all for a “progressive,” equity-driven administration, by universalizing access to free pre-K, the White House plan will fail to deliver the intensive early-childhood interventions, all the way from birth to kindergarten, that would do the most good for the poorest and neediest kids and their mostly young and single moms or struggling grandmothers.

Those intensive, targeted services to low-income babies and toddlers need not be limited to public schools—or schools at all—though that’s where the Biden plan would send the money in yet another of its panderings to teachers unions. They’re best done by home-based, church-based, and other kinds of programs, many run by non-profit groups that send experts and peers—often bilingual—to coach adult caregivers, to supply learning materials for young children, and to help organize parents and community cooperatives and informal preschool experiences that actually equip needy tykes with the skills and knowledge necessary to succeed in kindergarten and beyond.

But succeeding in school should be the point—and pressing the education system to deliver successful students, students who by the end of high school are truly equipped with the knowledge and skills required for a successful entry into adulthood and responsible citizenship, whether their first stop is college, a job, the military, or something else. The Biden plan, so far as we can tell at this point, just wants to crack a lot more high-priced eggs into the education mixing bowl.

Intensive, sophisticated, multi-year early childhood education targeted on the neediest kids would be a fine thing to do more of. So would voucher-style supplements for poor and working-class families that cannot afford the preschooling they want for their children but don’t necessarily want to entrust their three- and four-year-olds to the nearest public school. (The expanded child tax credits and other income supplements already raining down on millions of families may suffice.) But simply expanding schools to sweep in more kids is worse than a waste of money, especially when the schools to be expanded have long been failing with their present assignment.

Editor’s note: This essay was first published by The Hill.