In praise of Robert Pondiscio, the Education Gadfly’s gadfly 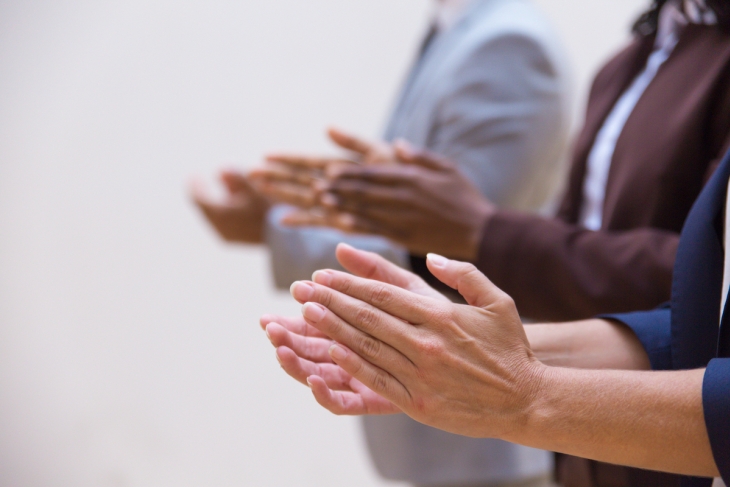 After a fantastic seven-year run at the Thomas B. Fordham Institute, our colleague Robert Pondiscio is heading to the more spacious pasture of the American Enterprise Institute, where he will join Rick Hess and many of our other friends, colleagues, and partners. We’re thrilled that Robert will remain a Senior Visiting Fellow at Fordham, as well, writing regularly for Gadfly and Flypaper. Readers may not notice much of a change at all.

But for me and the rest of our team, Robert’s quasi-departure will leave a big hole, not just because he’s a fantastic editor and contributor, but especially because he’s been the consummate “thought partner”—and yes, occasional sparring partner—during his tenure here.

It’s no secret that those of us at Fordham have never been afraid to air our disagreements in public. Indeed, we relish it. It’s what makes us a lively (and we hope provocative) think tank and not an advocacy group. There’s no party line, no single policy deity that all must worship and praise. We “think out loud” in the attempt to constantly weigh the research evidence, on the ground experience, and common sense to develop sound guidance on education policy and practice.

Checker and I, for example, have forever disagreed about the relative importance of proficiency rates versus growth measures when evaluating school effectiveness and designing education accountability systems. (I’m obviously right and he’s obviously wrong.) And Robert and I have enjoyed—and I believe have both profited from—debating our own set of issues over the years, from age-old questions about testing to newer controversies around “anti-racist education.”

That latter one hasn’t always been easy, given how heated the entire issue has become in recent months. Robert is convinced that the writings of scholar Ibram X. Kendi are having a widespread and deleterious effect on the education field. I share his concerns about Kendi’s views (especially on education). But I suspect that when most educators espouse “anti-racism,” they’re not necessarily reflecting Kendi’s dogmatic definition. I’m also not convinced that the many misguided, and sometimes patently offensive, practices that sometimes fly under that banner of “anti-racism” are all that common, though it’s really hard to know.

But what’s most obvious—and has been most valuable—about Robert’s time at Fordham is that he has changed our minds on important subjects. This is most clear when it comes to the intersection of “structural reforms” and instructional practice. As he wrote in 2018:

A conceptual failure lies at the heart of ed reform’s underperformance: the mistaken assumption that education policy, not classroom practice, is the most important lever to pull to drive enduring improvement. But educational failure is not a tale of unaccountable and union-protected layabouts refusing to do right by children. More often than not, it’s well-intended people trying hard and failing—and not despite their training, but because of it. In short, we have a product and practice failure more than a policy and process failure.

And more so than anyone else in the world of K–12 education, Robert has chronicled those “product and practice failures”—and the rare successes—for our readers. Success was of course the topic of his magnificent book about Success Academy, one of the finest and proudest products of anyone associated with Fordham in the past two decades. It’s a story that has policy implications, for sure, but it’s mostly about Eva Moskowitz, this generation’s most talented, most driven educator, and her relentless work to imbue a strong culture and effective practices in her schools.

But he’s tackled these topics in his weekly writing, too. Some of his best include:


It took me longer than it should have, but gradually I have come to understand that Robert was always right about the off-kilter balance between policy and practice in ed reform, which has led me to yearn for a Golden Age of Instructional Practice, at least if we want to actually improve teaching and learning. And in the aftermath of this year’s pandemic, we also need to accelerate learning via evidence-based practices if we want to address the massive unfinished learning faced by so many children nationwide.

I admire Robert even as he sometimes drives me crazy. I suspect he sometimes drives some of our readers crazy, too. Contrarians are like that. But if I’m honest, I’ll admit that he’s been one of the best teachers I’ve ever had—surely about smart instructional practice, but also how to write well, how to think clearly, and how to never stop questioning every assumption, at least if we want to keep getting closer to the truth. Robert has had more than one career and may yet have more, but at heart he is a teacher, and a damned fine one.

I’m a wee bit envious of AEI, but look forward to Fordham’s—and my own—continued association with Robert. I know he’s not about to stop doing what he does best. And I know that American education will continue to benefit for it.