The past, present, and future of school accountability 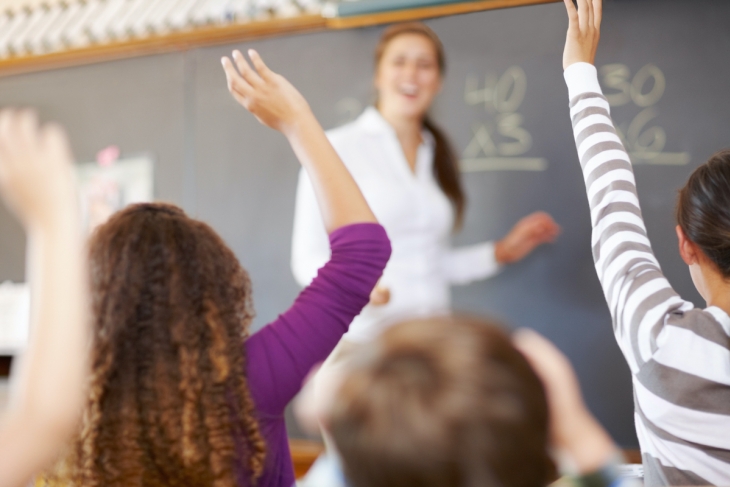 Our goal with these briefs was to reflect on the status of the standards-based reform movement. As originally conceived, equity was at its core, reflected in a commitment to high, universal expectations for all students and consequences for failing to close achievement gaps between students with different racial, income, and learning characteristics. How well has the underlying theory of standards-based accountability held up? Given what we’ve learned from more than two decades of successes and failures, how should these systems continue to evolve?

We start by examining what’s worked and what hasn’t. Based on the most rigorous research, accountability policies produced measurable improvements, particularly for traditionally underserved student groups. But those gains have not been substantial enough to close achievement gaps as their architects hoped. In particular:

Rather than accepting these as universal truths about “accountability” systems writ large, we found it useful to break down the theory of action into its component parts. Here, in brief, are our five diagnoses.

Setting clear, rigorous learning expectations for all students is essential to the theory of action behind school accountability. While states have made progress on this front in the past decade, more work remains to ensure that academic standards lead to better and more equitable student outcomes. Moreover, while clearer and higher standards can create the conditions for student success, high-quality standards have not been powerful enough on their own to ensure equitable access to a quality education.

States have a solid track record of producing reliable and comparable data on every student’s progress toward state standards. Yet that doesn’t mean state testing programs are realizing their potential. Many states fail to deliver assessment results in a timely manner, limiting the ability of parents and advocates to use assessment data to inform supports or policy changes to address student needs.

Gains in transparency regarding the performance of schools and students, particularly disparities in outcomes for traditionally underserved students, are among the biggest wins of the modern accountability movement. Parents and advocates gained a powerful tool once states began providing performance data disaggregated by student subgroups. Data from state accountability systems have also helped fuel a new wave of worthy research on education policies and practices.

But while all these data have been good for advocates and analysts alike, simply making data available has had no positive effect on how teachers or schools behave. Research has, however, shown that transparency alone is not enough to change student outcomes.

After testing, the most prominent mechanisms of standards-based accountability systems are school ratings. These serve two formal functions: to assign each public school a clear label that reflects its performance, and to identify schools with low overall or subgroup performance as a marker of the need for additional support and interventions.

School ratings have been shown to drive positive performance at least in the short run, but they may not be enough to boost enduring gains in student outcomes. Moreover, the value of school ratings is tied to the measures used to create them, which can encourage schools to focus on the wrong things—such as prioritizing students on the bubble of meeting a proficiency target rather than ensuring that every pupil makes sufficient growth each year.

This may be the right balance, but dramatic improvements in student outcomes require dramatic changes to all or some parts of a school’s curriculum, instruction, and staffing. We don’t hold out much hope that all states are going to follow through with strong interventions. Some will, but many more jurisdictions will simply default to procedural “needs assessments” rather than measures leading to real changes.

States are already proposing to cancel their assessments for the spring of 2021, but we think those declarations are premature and misguided. While there is little consensus on what schooling will look like in 2020–21, what is certain is the massive risks to student well-being and academic progress that will come as a consequence of the pandemic and the related economic fallout. As detailed more extensively in our third brief, the staggering learning losses projected as a consequence of Covid-19-induced school closures threaten to widen achievement gaps even further.

The massive budgetary, educational, and health challenges schools face make it even more important to rediscover the common ground that accountability systems once held. We can’t merely go back to the way things were, and we shouldn’t. These systems weren’t perfect, and a forthcoming webinar with Jeb Bush, John B. King, Jr., and Carissa Moffat Miller will explore how they must evolve to address key challenges and shortcomings.

But the theory of action behind standards-based reform—setting standards, measuring progress, and applying mechanisms of accountability for outcomes to promote equity for every student—is sound and remains as relevant as ever. To ensure that students aren’t left behind as schools continue educating during a pandemic, policymakers must ensure that accountability systems are adapted and sustained rather than sidelined during this critical moment for kids.

Alex Spurrier is a Senior Analyst at Bellwether Education Partners.

Jennifer Schiess is a Partner at Bellwether Education Partners.