Opting out, race, and reform 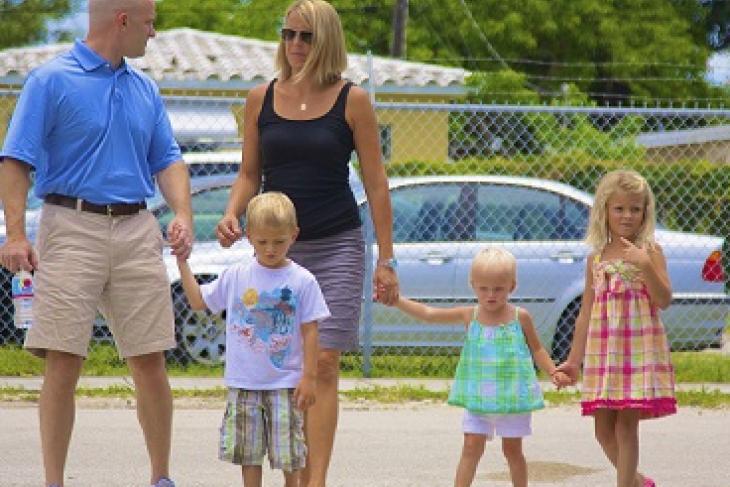 There used to be a wry and mildly provocative blog called “Stuff White People Like.” Briefly popular in its heyday, it was described by the New Republic as a “piquant satire of white liberal cultural mores and hypocrisies.” The site’s creator stopped updating it a few years back after landing a book deal. But if it were still active, “opting out of tests” might have been right up there with craft beer, farmers’ markets, NPR, and Wes Anderson movies on that list of mores. Maybe hypocrisies, too.

A list compiled by the teachers’ union in New Jersey, where PARCC testing began earlier this month, claims that there have been more than thirty-five thousand test refusals statewide. On the order of one million young New Jerseyans are supposed to take the test, yet the state data documenting how many of them opted out won’t be available for at least a month. An informal analysis of the New Jersey Education Association (NJEA)’s list, however, shows that the highest numbers of test refusals are concentrated in communities that are affluent, left-leaning, and heavily white.

A blue state with a Republican governor, New Jersey features a mix of affluent suburbs and pockets of deep and persistent urban poverty, including closely watched education reform hubs like Newark and Camden. Thus, the Garden State offers an interesting lens through which to view both the prerogatives and the politics of opting out and education reform. Assuming that the list compiled by the union is even directionally sound, it puts the state’s affluent white progressives potentially at odds with low-income and heavily Democratic families of color, since there is little evidence that such families are opting out in significant numbers.

My Fordham colleague Dominique Coote put the districts with the highest-reported unofficial numbers of refusals on a spreadsheet, which you can see here. As of the most recent update on March 20, fourteen districts had five hundred or more reported refusals. All but two of these have median household incomes above (usually well above) the state average. There’s no way to determine the political leanings of families of individual children who refuse the exams, but the communities with the most refusals—Cherry Hill, Livingston, and Princeton, for example—are suburban and strongly left-leaning. Only three of the fourteen top opt-out districts are Republican-majority; most are disproportionately Democrat, some extremely so. And yes, extremely white. Indeed, only one district with five hundred or more reported refusals, East Orange, is not majority white.

Now take a look at the refusal numbers for districts that serve predominantly low-income, black, and Hispanic families—places like Newark, Camden, Paterson, and Trenton. Actually, you can't. They’re not among the approximately 250 districts on the NJEA list. Of the thirty-one so-called “Abbott Districts” in the state, named for the 1985 court case aimed at ensuring adequate education funding for schools serving poor children, only seven are on the NJEA list. East Orange, with 520 reported PARCC refusals, is the only Abbott District to see significant opt-outs. The other six range from thirty refusals in Hoboken to a single reported refusal in Long Branch.

Does that mean there are no opt-outs in other low-income districts? Not necessarily. Steve Wollmer, the NJEA’s communications director, tells me that the list represents an aggregate of media accounts, reports from NJEA members in schools, and parents registering their intention to refuse the test on NJ Kids and Families, a web site set up by the union to “give a voice and organizing platform” for opting out.

“The vast majority of opt-outs are taking place in non-urban, non-disadvantaged districts,” agrees Wollmer, “because parents tend to be better informed in those districts and tend to communicate among themselves a lot more.”

Fair enough. Still, if New Jersey is a litmus test, and the move to opt out of testing remains “a thing” chiefly among affluent, white, progressive, families, it puts them on a political collision course with the low-income families of color who have been the primary beneficiaries of testing and accountability in the reform era. Blacks, Latinos, and low-income kids have generally benefitted from test-driven accountability, particularly in the increased number of charters and school choice options, as well as some promising (but not necessarily causal) upward trends in NAEP scores and graduation rates during the accountability era. Test scores have created a powerful catalyst for reform—both educationally and politically—that disproportionately benefits low-income families.

“Kids who are not tested end up not counting,” observed Kati Haycock, president of the Education Trust, one of more than two dozen civil rights groups (including the NAACP, the Children’s Defense Fund, and the National Center for Learning Disabilities) that issued a call in January for the federal role in education to “be honored and maintained in a reauthorized Elementary and Secondary Education Act (ESEA).” The statement specifically included annual statewide tests.

Yet a story on the liberal news service Alternet named opting out one of the biggest education stories of 2014, noting that "the whole school reform machine falls down without the data." That prompted Lynnell Mickelsen, a longtime progressive Democrat and Minneapolis blogger, to observe tartly, “So do the movements around climate change, civil rights, public health, banking reform, industrial safety, economic justice and more.” All but the most hardline anti-reform activists will acknowledge that, for all the faults of test-based outcomes data, such information has put into pitilessly sharp relief the dismal performance of schools serving the low-income children who traditionally are among the chief concerns of progressives. It is therefore odd “to cheer the loss of data when it comes to the systematic failure of children of color in our traditional public schools,” Mickelsen noted.

“The social gulf between the Opt-Outers and low-income parents of color is pretty huge,” Mickelsen observed in an email to me. So too the gap between how those groups view what’s at stake. “Over the last few years at various forums, I’ve heard a few labor organizers try to tell parents that tests are designed to make black kids look stupid,” she noted. “I don’t know how many black parents are buying that, though.  I’ve also heard labor and anti-testers argue that schools could have far more music, gym, art and field trips if all the money spent on testing was spent on those things. Which is pretty shameless, since the costs of testing aren’t high enough to cover any of that.”

So, does the opt-out movement have a race problem?

"It could be a race problem but it's definitely a respect problem,” says Derrell Bradford, the African American executive director of NYCAN. “There is a pretty strong undertow beneath the opt-out wave. And the force of it is one where some people don't think testing, or Common Core, is the right fit for their child, so they don't think it's the right fit for anyone's child.”

To be sure, anti-testing ferment comes in many flavors. Unions don't like having members evaluated on the basis of test scores (a not unreasonable concern); parents don’t care for curriculum narrowing and the pressure placed on children to perform; conservative lawmakers conflate testing and Common Core to rail against federal overreach; and nobody likes test prep, which has turned many classrooms serving rich and poor alike into joyless grindstones.

Recall that Arne Duncan was fiercely criticized for observing that Common Core opposition was being driven by “white suburban moms” who suddenly had to face the fact “their child isn’t as brilliant as they thought they were, and their school isn’t quite as good as they thought they were.” It’s hard not to be reminded of Duncan’s remark when considering the list of New Jersey PARCC refuseniks.

Personally, I think Duncan was half right. White suburban moms certainly appear to be primary drivers of the opt-out movement. To the degree that such are responding to curriculum narrowing and other deleterious effects of test-driven accountability, I’m deeply sympathetic.

But I’m equally sympathetic to the low-income parents who think that testing reveals how badly they have been failed.

What is undeniable is that those most likely to be negatively affected by the opt-out impulse are low-income children of color, for whom testing has been a catalyst for attention and mostly positive change. Bradford sees the conflict as “a study in power in American politics.” Even though the opt-out impulse may unite the far right and the progressive suburban left, he notes, it's really a combined effort by people who are largely white and affluent. “Three suburban moms in Indiana decide they don't like Common Core and all hell breaks loose. But when 250,000 minority kids languish in New York's worst schools, any proposed change is too much, too fast, and too punitive,” he concludes. “I don't blame people for who they are, but you cannot miss the message here unless you willingly choose to.”