Moral facts and the Common Core 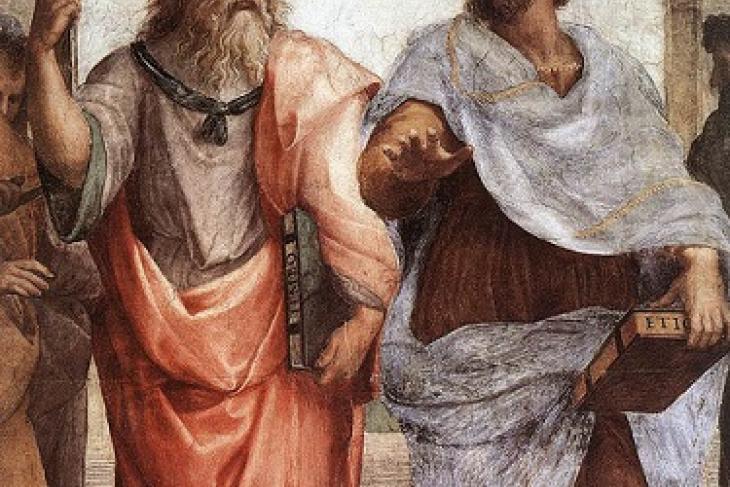 “A spirit of license makes a man refuse to commit himself to any standards....When society reaches this stage, and there is no standard of right and wrong outside of the individual himself, then the individual is defenseless against the onslaught of cruder and more violent men who proclaim their own subjective sense of values. Once my idea of morality is just as good as your idea of morality, then the morality that is going to prevail is the morality that is stronger.”

Have all the possible arguments about the Common Core been exhausted? Up until a week ago I would have said yes, but that was before we started talking about moral facts.

First, a little background on the idea of “moral facts.” One aim of a liberal arts or classical education is the search for objective truth. That search is based on the presumption that moral facts (e.g., “all men are created equal,” “murder is wrong”) do exist and that education should focus in large part on imparting the knowledge students need to reason and understand the difference between fact, opinion, and moral facts that are derived from reasoned judgment.

This belief lies in stark contrast to the moral relativism we see far too often today, in schools and beyond. Moral relativism suggests that there are no moral facts. There are facts (i.e., things that can be proven or that exist) and there are opinions (things that you believe). And the distinction between fact and opinion is that facts can be proven. Everything else is an opinion. If opinions are not facts, then they cannot or should not be imposed on others. In other words, “To each his own.” Perhaps I’m against [insert controversial issue], but who am I to impose that personal belief on others?

In a piece penned for the New York Times’s Opinionator blog, philosophy professor James P. McBrayer laments that, according to his informal survey of fellow college professors, “the overwhelming majority of college freshmen in their classrooms view moral claims as mere opinions that are not true or are true only relative to a culture.”

While popular opinion might suggest that this is a fault of academe, McBrayer argues that students are indoctrinated with moral relativism beginning with the way they are taught about fact and opinion in grade school. In short, he argues that the way schools teach fact and opinion ensures that a morally relativistic view prevails. “Our public schools teach students that all claims are either facts or opinions,” McBrayer argues, “and that all value claims fall into the latter category.”

If moral facts exist, then saying that murder is wrong isn’t merely an opinion. Most Americans accept that “murder is wrong” is a moral fact. Therefore, we have no problem imposing that moral law on society and holding all people, regardless of their personal beliefs and opinions, to that moral standard.

McBrayer’s piece has gotten a lot of attention, both because it raises an important question about moral relativism and because he makes an (unnecessary and unfair) dig at the Common Core. (Always a good way to draw increased attention to your argument!)

As it turns out, the Common Core standards used by a majority of K–12 programs in the country require that students be able to “distinguish among fact, opinion, and reasoned judgment in a text.” And the Common Core institute provides a helpful page full of links to definitions, lesson plans and quizzes to ensure that students can tell the difference between facts and opinions.

There are several problems with McBrayer’s invocation of the CCSS here. The biggest is that, while railing against the idea that the distinction between fact and opinion is binary, he ignores that the Common Core specifically articulates a third choice. A quick glance at pre-CCSS state standards reveals that fewer than five states asked students to distinguish between fact, opinion, and reasoned judgment (or something similar). All other state standards—including Massachusetts’s—only made distinctions between fact, opinion, bias, propaganda, hype, etc.

The Common Core, by contrast, acknowledges that there exists a third possibility: reasoned judgment. Far, then, from reinforcing the idea that either statements are objective facts or de facto opinions, the Common Core leaves the door open for precisely the discussion that McBrayer hopes to see. (McBrayer’s oversight is made worse by the fact that he falls victim to the classic blunder of ascribing to the standards anything that happens in the name of standards implementation. In this case, the curriculum resources to which McBrayer points as evidence of the limitations of the Common Core are developed by an independent group, unaffiliated with the CCSS, and not even part of a complete, CCSS-aligned curriculum.)

More than that, the CCSS standard McBrayer cites—“distinguish among fact, opinion, and reasoned judgment in a text”—appears in the standards for grades 6–12, not in the standards for grades K–5. That is because, as classical educators have long understood, the focus of education in the early grades should be on knowledge acquisition. Then, when students reach what is considered the “age of reason” (usually around middle school), they are asked to use that knowledge to reason and to make and analyze claims.

So what would a reasoned judgment conclude about McBrayer’s attack on Common Core? Rather than reinforcing the prevailing moral relativism in our schools, Common Core actually provides a path forward for students themselves to find their way back to moral facts.